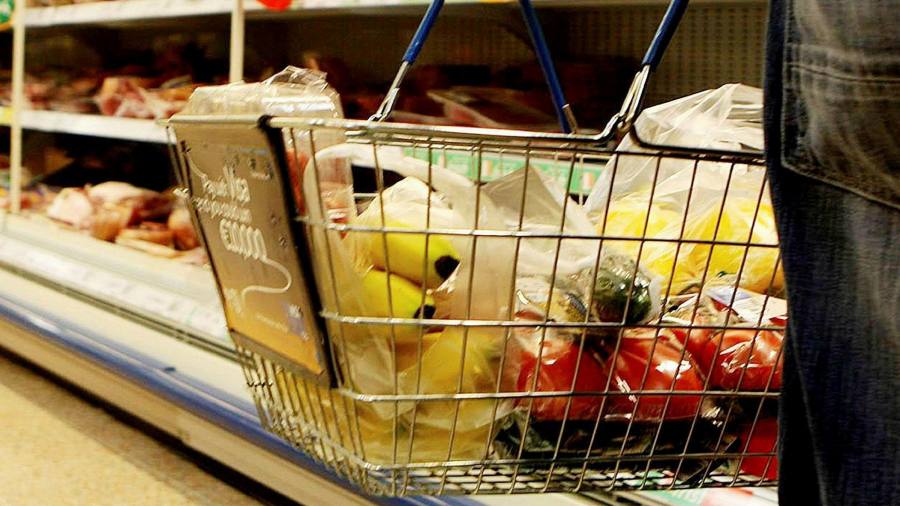 German inflation rose to 7.6 per cent in March, its highest rate for 40 years, as European Central Bank President Christine Lagarde warned that Russia’s war in Ukraine was delivering a “supply shock” to the eurozone economy.

A 39.5 per cent jump in energy prices from a year earlier was the main driver behind Germany’s higher than expected increase in consumer prices, which was announced hours after the government took the first formal step towards rationing gas supplies. Berlin is preparing for a potential halt in gas deliveries from Russia because of a dispute over payments.

Presenting her gloomiest assessment yet of how the invasion would hit the bloc’s economy, Lagarde said Europe was “entering a difficult phase” as she outlined how the soaring price of energy, food and manufactured goods would squeeze consumers’ purchasing power.

The war was pushing up prices, slashing growth and draining consumer and business confidence, Lagarde said in a speech on Wednesday.

“Clearly, the longer the war lasts, the higher the economic costs will be and the greater the likelihood we end up in more adverse scenarios,” she said, specifying that higher energy prices had already cut eurozone income by 1.2 per cent in the fourth quarter of 2021. “That figure would imply a loss of about € 150bn in one year,” she added during a speech in Cyprus.

The group of economists who advise Germany’s government warned of a “substantial” risk of recession if Russian energy imports were cut off, which could drive inflation in Europe’s largest economy as high as 9 per cent.

The Federal Statistical Office said consumer price inflation in March was 7.3 per cent, its highest level since 1981. On the harmonized measure used across the EU, German inflation rose even faster at 7.6 per cent, the highest rate since records began in the 1990s and up from 5.5 per cent in February.

The inflationary impact of the Ukraine war, which has triggered a surge in the price of oil, gas and other commodities, was underlined as German prices increased at a record monthly rate of 2.5 per cent between February and March.

“The bad news is that this will not be the end of accelerating inflation,” said Carsten Brzeski, head of macro research at ING. “The only way is up and double-digit numbers can no longer be excluded.”

Meanwhile, annual inflation in Spain soared to 9.8 per cent in March, its highest level since 1985, rising from 7.6 per cent last month and well above expectations, the country’s statistics office said on Wednesday.

Economists expect overall eurozone price growth to set a new record of 6.6 per cent in March, when those figures are published on Friday.

A European Commission survey published on Wednesday showed that consumers and businesses in both the eurozone and EU have turned much more pessimistic since the Russian invasion last month, fearing it would reduce spending, increase unemployment and raise prices faster.

The commission said its eurozone economic sentiment indicator fell 5.4 points to minus 108.5 this month, its lowest level for 12 months, “mainly due to plummeting consumer confidence”. 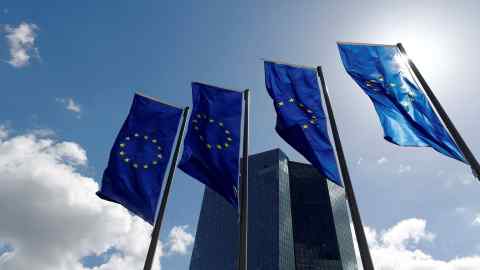 Confidence fell among companies in industry and retail trade but was steady in services, the commission said. Inflationary pressures intensified as companies’ selling price expectations rose to a record high.

Investors are betting the ECB will raise rates several times and lift them back up to zero by the end of the year. They increased those bets on Wednesday, sending the benchmark German 10-year bond yield up to 0.7 per cent, a four-year high.

The ECB this month responded to soaring inflation by outlining plans to stop net bond purchases by September, setting the stage for it to raise rates this year if inflation stays high. Lagarde said on Wednesday: “The best way that monetary policy can navigate this uncertainty is to emphasize the principles of optionality, gradualism and flexibility.”

But the ECB president also signaled that EU governments could do more to support the economy, saying: “Europe needs a plan to ensure that the necessary investment comes online as quickly and smoothly as possible, with public and private finance reinforcing each other.”