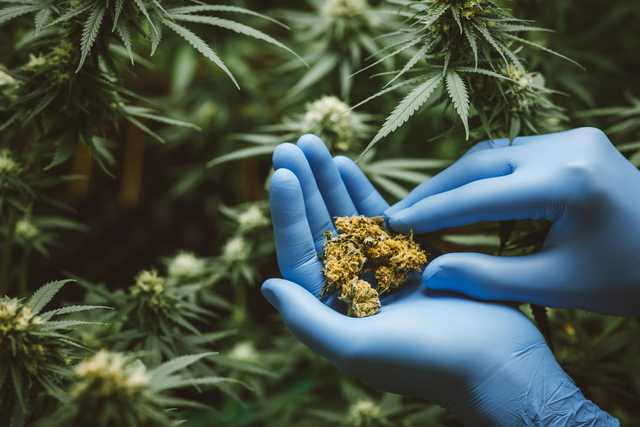 Marijuana is one of the drugs considered illegal and whose use is prohibited in the country, due to its side effects which include a wide range of health effects on the body and brain.

The drug – also known as weed, pot, dope or grass by different people – is derived from the cannabis plant. It is mostly used for leisure by those that partake of it illegally.

However, a growing number of doctors prescribe it for specific medical conditions and symptoms in some countries. And in the recent past, there has been a debate in Kenya about its legalization for medical purposes among other uses.

Amidst these discussions, emerging research findings indicate that the potential adverse effects of the drug far outweigh any perceived benefit it may have for medical conditions.

According to a new study published in the Journal of the American Medical Association (JAMA) Network, marijuana contributes to the development of harmful disorders among patients using them whilst failing to offer them relief from symptoms of their ailments.

The study was conducted in different states in the US where marijuana is legalized for medical purposes. In such areas, patients are usually required to obtain a medical marijuana card, which allows them to use the drug for treating or managing various ailments that they suffer from.

Based on the study, the card could be doing them more harm than good. Indeed, the results of the research, which involved about 186 participants showed that the immediate acquisition of a medical marijuana card increased the incidence and severity of cannabis use disorder and resulted in no significant improvement in pain, anxiety, or depressive symptoms.

The disorder refers to the use of marijuana which creates issues or problems for those partaking it.

This may have harmful long- and short-term effects, such as paranoia and memory loss, and can lead to addiction which disrupts a user’s life and relationships.

Based on the results of the new study, individuals at greatest risk of developing the addictive symptoms of cannabis use disorder were those seeking relief from anxiety and depression.

The researchers noted that these findings suggest the need for stronger safeguards over the dispensing, use, and professional follow-up of people who legally obtain cannabis through medical marijuana cards.

“There have been many claims about the benefits of medical marijuana for treating pain, insomnia, anxiety and depression, without sound scientific evidence to support them,” said Dr. Jodi Gilman, the lead author of the study from the Center for Addiction Medicine at the Massachusetts General Hospital (MGH), as well as the associate professor of psychiatry at Harvard Medical School (HMS).

“In this first study of patients randomized to obtain medical marijuana cards, we learned that there can be negative consequences to using cannabis for medical purposes. People with pain, anxiety or depression symptoms failed to report any improvements. ”

Particularly disturbing to researchers, was the fact that individuals with symptoms of anxiety or depression – the most common conditions for which medical cannabis is sought – were most vulnerable to developing cannabis use disorder.

The symptoms included the need for more cannabis to overcome drug tolerance and continued use despite physical or psychological problems caused by the drug.

The Massachusetts General Hospital (MGH) researchers began their trial in 2017 with 269 adults (average age of 37) from the greater Boston area in the US who were interested in obtaining a medical marijuana card.

One group was allowed to get cards immediately, while the second group, designed to serve as a control, was asked to wait 12 weeks before obtaining a card. Both groups were tracked over a 12-week period.

The team found that the odds of developing the cannabis use disorder were nearly two times higher in the cohort that received the cards for medical use than in the waitlist control group.

By the twelfth week, ten percent of individuals in the medical marijuana card group had developed a cannabis use disorder diagnosis, with the number rising to 20 percent in those seeking a card for anxiety or depression.

“Our study underscores the need for better decision-making about whether to start using cannabis for specific medical complaints, particularly mood and anxiety disorders, which are associated with an increased risk of cannabis use disorder,” says Gilman.

Regardless of the specific health condition for which cannabis is sought, Gilman believes that regulation and distribution of cannabis to people with medical marijuana cards must be greatly improved.

The study was funded by the National Institute on Drug Abuse (NIDA).