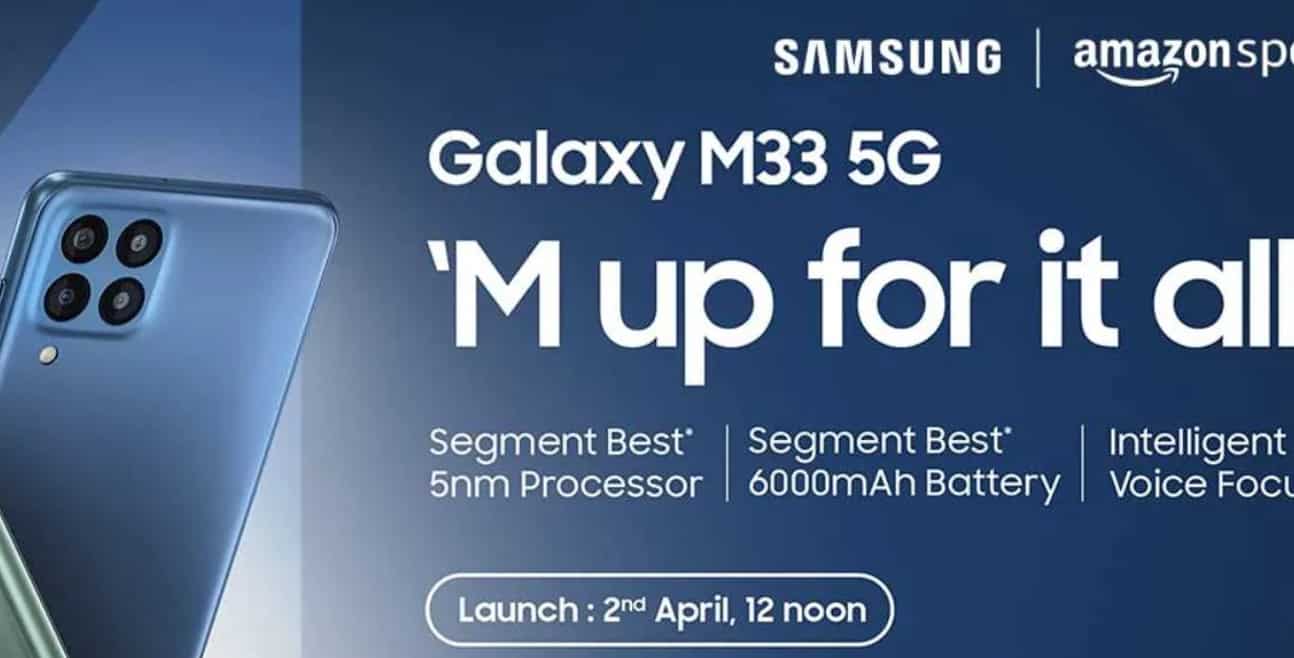 Samsung is set to unveil its other M series smartphone in India. The name of this smartphone could be the Samsung Galaxy M33 5G. The smartphone might come with a 5nm chipset and a 6,000mAh battery. In addition, voice focus technology will also be seen in this smartphone.

Samsung Galaxy M33 5G India launch will happen on April 2 at 12 pm IST. The India pricing details of the M33 5G are yet to be revealed. Interested buyers can click on the ‘Notify Me’ button on Amazon to get an alert when the smartphone goes on sale.

E-commerce website Amazon has released a teaser video which revealed the Galaxy M series smartphone. Another teaser showed about the Samsung handset in blue and green colors. Additionally, a side-mounted fingerprint scanner, a USB Type-C port, and a headphone jack on the phone.

According to BGR India report, Samsung Galaxy M33 5G will sport a 6.6-inch LCD with a refresh rate of 120Hz. The phone will get four rear cameras, in which the primary lens will be 50 megapixels. It will be offered in 6GB + 128GB and 8GB + 128GB two RAM and storage variants. Notify option is also coming on Amazon.