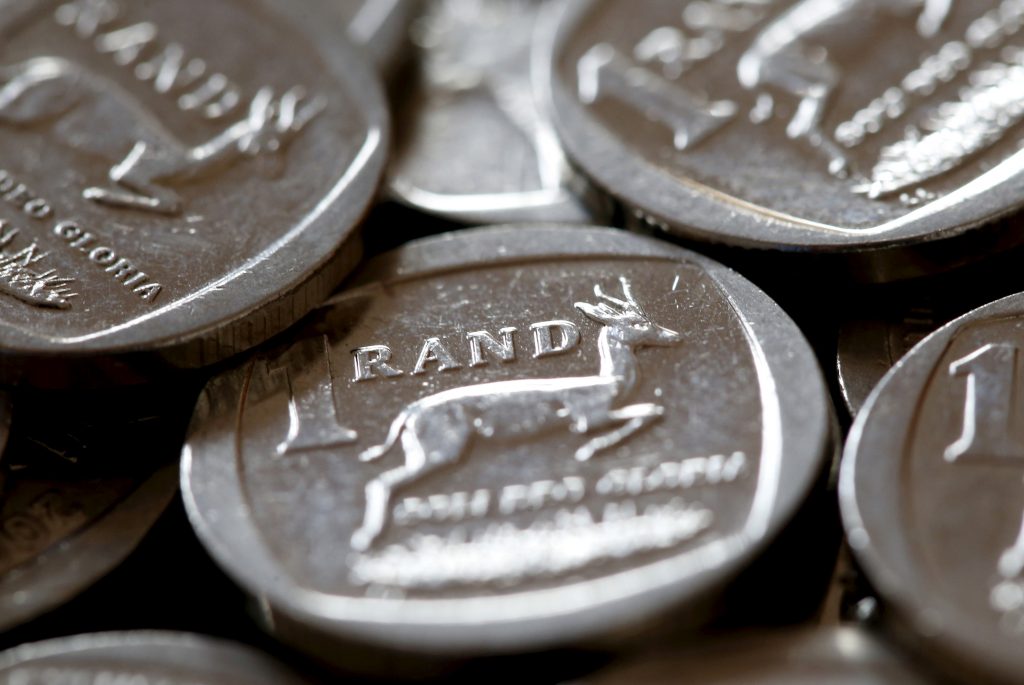 Interest rates are on an upward march almost everywhere – 23 central banks have raised rates so far this month, notably including the US Federal Reserve and the South African Reserve Bank.

Also noteworthy is the 150 basis points hike that took Brazilian short rates to 11.75%. They were only 2% a year ago.

Aiming for a soft landing

A US Federal Reserve (Fed) rate increase in March had been on the cards for some time and did not come as a surprise. What is notable, however, is how the tone of Fed officials has changed, particularly that of its chair Jerome Powell.

In a speech last week, Powell noted that inflation in the US (now running at almost 8%) was “much too high” and that the Fed has to move “expeditiously” to remove stimulus measures and ultimately move its policy stance into restrictive territory .

The so-called dot plot summarizing the forecasts of Fed officials now points to interest rate increases to 2.4% by the end of next year.

Read:
Fed raises rates a quarter point in opening bid to curb inflation
Powell is ready to back half-point hike in May if necessary
Powell ramps up US inflation fight in economy tough enough to cope

Powell also noted the strength of the US economy and in particular the labor market.

Unemployment fell much faster than expected after the first Covid shock.

There are now more job openings than unemployed people in the US.

The Fed is aiming for a ‘soft landing’ by trying to contain inflationary pressures without triggering a recession. Powell noted that this should be possible given the currently low unemployment rate.

The Fed has achieved soft landings in some of its previous hiking cycles, but there are also cycles where it went too far and triggered a recession. Indeed, in the early 1980s, the recessions were arguably deliberate to break the back of entrenched inflation.

Today’s much higher debt levels and much more financialized economy means the pain point is probably lower than in the past, but no one knows exactly where it is. In the most recent cycle, the fed funds rate reached only 2.25% before credit and equity markets showed signs of severe strain and the Fed changed course. This came to be known as the Powell Pivot.

By placing far greater emphasis on inflation, Powell has now pivoted again. He and his colleagues are likely to carefully monitor incoming data to gauge the impact of their actions and external events like the war in Ukraine. The big question is what they will do when forced to choose between fighting inflation or supporting growth. It seems they are now likely to focus on inflation, even if there are risks to the growth outlook.

This suggests the famous’ Fed put ‘- the real or imagined tendency of the Fed to come to investors’ rescue first associated with Alan Greenspan – is no more.

Rising interest rate expectations have hammered bond investors this year. The FTSE World Government Bond Index has suffered an equity-like drawdown of 12% in 2022 in dollar terms as prices fell and yields rose. Bond returns are the combination of interest payments (coupons) and price changes. Since yields were so low to begin with, investors had little cushion from interest payments and were heavily exposed to price declines.

The benchmark US 10-year government bond yield was only 1.5% at the start of the year and has now zoomed up to 2.3%. Shorter-dated bonds, like the two-year Treasury note is even more exposed to Fed hikes expectations and has surged higher from 0.7% to 2.1% this year.

The gap between short- and long-dated bonds – sometimes called the yield curve or the term structure – has therefore been narrowing. When short-dated bond yields are higher than long-dated yields, it is known as a yield-curve inversion. Many investors take this as an accurate recession predictor.

It is important to note that an inversion does not cause a recession.

Rather, it reflects investor’s expectation that the central bank is hiking short-term rates too far and that they will be forced to backtrack, hence the lower long-term yields. Brazil’s yield curve is deeply inverted, for instance.

While US consumers, like their counterparts everywhere else in the world, face the squeeze from higher fuel and food prices as well as (slightly) higher interest rates, it is too soon to talk about a recession. The job market is still humming, as Powell noted – fewer Americans filed for unemployment benefits last week than at any time since 1969 when the population was considerably smaller – and households have a decent financial cushion. The same is true of companies. It is not just US yields that have increased. European long-bond yields, long submerged below zero, are finally in positive territory. Indeed, the total global stock of bonds trading in negative territory has fallen from around $ 17 trillion to low single digits according to Bloomberg estimates.

This is the backdrop against which the South African Reserve Bank’s Monetary Policy Committee (MPC) met last week. The 25 basis points increase in the repo rate to 4.25% was widely expected. However, two members favored a 50 basis points hike, and this suggests a decidedly hawkish shift within the MPC.

In the current fluid and uncertain environment, a 50 basis points hike would be overkill.

The Reserve Bank does not control food and fuel prices and therefore should not respond to them even if they rise sharply.

What it needs to respond to is evidence that food and energy costs are putting upward pressure on other prices (known as the second-round effect) and that consumer expectations of future inflation are starting to rise too much.

Inflation excluding food, fuel and electricity (core inflation) was just 3.5% in February while the headline inflation rate was much higher at 5.7% but, unusually, lower than that of the US, UK or Eurozone.

Headline inflation will probably rise above 6% in the next few months as the big petrol price increases in March and April show up in the data.

The Reserve Bank revised its forecast of headline inflation for 2022 up from 4.9%, to 5.8% largely due to the higher food and fuel prices.

Read: How high could petrol go?

The forecasts suggest that inflation will return to the 4.5% target in the second quarter of next year and remain close to it over the subsequent period. In other words, an interest rate shock is not required.

This is not a booming economy at risk of overheating despite the upward revision to the 2022 growth forecasts. This is due to a stronger than expected export performance, not strong domestic demand. Economic growth is forecast to be 1.9% in both 2023 and in 2024. One factor that helps a lot is the currency. Last week, the rand hit the strongest level this year, taking pressure off the Reserve Bank. While it never says so explicitly, the bank keeps a very close eye on the rand and is always worried about the risk of disruptive capital outflows. Hence the belief that interest rates should be positive in real terms.

The rand benefits from higher commodity prices, but perhaps also from the fact that South Africa suddenly looks like one of the more stable corners of the emerging markets universe.

Elevated commodity prices support local bonds and equities too. It boosts the profits of miners, raising their share prices on the JSE, but also raising their contribution to the fiscus.

As we enter the new fiscal year, tax revenues could again exceed expectations (thereby providing some scope for the government to introduce short-term petrol price relief). If you expect inflation to be under control over the next decade or so – not an unreasonable assumption given the Reserve Bank’s determined stance – long bonds offer attractive real returns.

In contrast, even with expected interest rate hikes, money market returns will struggle to beat inflation in the foreseeable future.

Together with the stronger rand, local assets have handsomely outperformed their global counterparts in common currency so far this year.

As we saw two years ago when the Covid shock first hit markets, and now again with the war in Ukraine, markets do not always react the way you think they will.

Few would have expected that South Africa would end up as a safe haven during a global crisis, but here we are.

That is why market timing is so difficult and diversification so important.

Izak Odendaal is on investment strategist at Old Mutual Wealth.