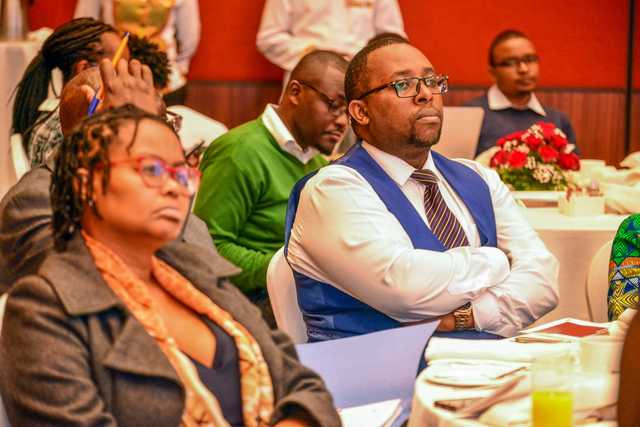 The drop in loan loss provisioning, costs associated with unpaid credit, helped most of the banks to post triple-digit profits and usher in a dividend boom.

“While the industry commissions might have come down, we still do have some pressure on hospitality where we are well represented as well as construction. We have seen those sectors are taking a while to recover, ”KCB chief finance officer Lawrence Kimathi said on March 16.

“We have taken a prudent approach that ‘let us downgrade those (sectors), take time to rectify them and do recoveries’.”

Reduced provisions have the effect of lifting the bottom line and ultimately dividends, which nearly tripled to Sh49.2 billion from Sh16.9 billion for the eight banks.

Beginning January 1, 2018, banks have been required to make provisions for expected loan losses rather than those already incurred following the adoption of the more conservative International Financial Reporting Standards (IFRS 9).

This made provisions the biggest profit driver in Kenya’s banking sectors since the onset of Covid-19 in March 2020.

Diamond Trust Bank, however, bucked the trend amongst top-tier lenders – which control about three quarters of the market share – with its impairments rising a modest 3.19 percent or Sh233.68 million.

Central Bank of Kenya (CBK) data flagged motor vehicle owners and homebuyers as the top borrowers who struggled to service their loans on schedule last year in a recovering economy after the Covid-19 restrictions were eased.

Non-performing loans (NPLs) in real estate (mortgages) jumped Sh13.3 billion or 14.1 percent in the year to last December to Sh74.7billion followed by transport where defaults rose Sh4.1 billion or 10.8 percent to Sh42.2 billion.

Lenders have in the past two years stepped up recovery of unpaid loans through asset auctions, particularly in real estate and transportation.

Equity Group chief executive James Mwangi has, for instance, said that the bank — Kenya’s largest by assets – was committed to reducing the net defaults by more than Sh10 billion this year, signaling an aggressive recovery strategy going forward.

“Let me announce what my team has committed to is now a public promise. They have committed to reduce net NPLs [non-performing loans] from Sh44 billion to Sh30 billion, ”Mr Mwangi said on March 2022.

The ratio of non-performing credit facilities to total loans dropped to 13.1 percent at the end of December from a 14-year high of 14.55 percent in March 2021, the CBK data shows.

Analysts at US-owned credit rating agency Moody’s estimate that the default rate for Kenyan banks will continue to fall over the next one and a half years.

“Problem loans will likely remain high, a reflection of long-term issues such as corporate governance weaknesses in certain large family-owned conglomerates, government payment arrears and a high average lending rate (12.1 percent as of September 2021),” Moody’s wrote in a report on Kenya’s banking industry in February.

The CBK had at the height of the pandemic in April 2020 allowed banks a year-long loan restructuring window, largely by giving distressed borrowers whose debt was performing prior to the onset of Covid-19 repayment holidays and extended maturity period.

By end of December 2020, for example, lenders had restructured loans worth Sh1.63 trillion or 54.2 percent of the total Sh3 trillion loan book, with some lenders reporting up to 80 percent of the reviewed facilities were performing.