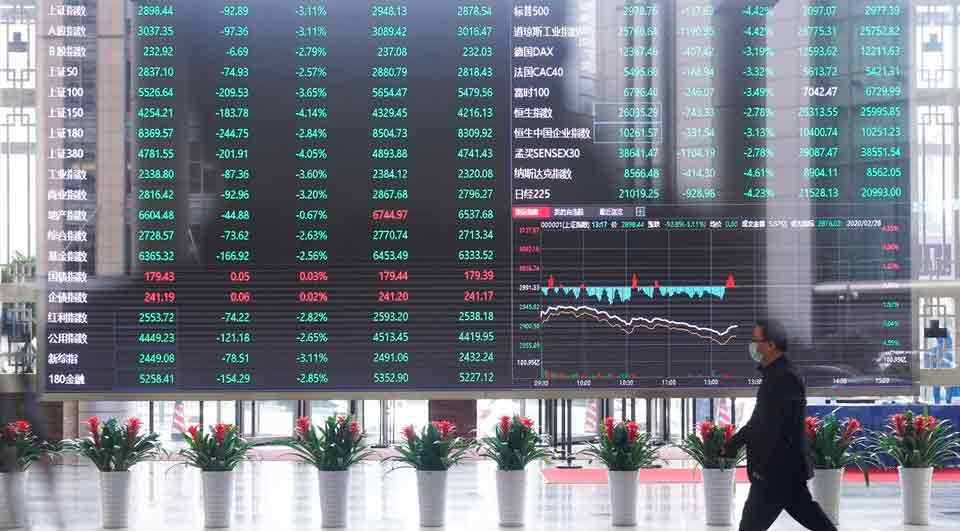 Asian stocks on Thursday eased after this week`s global rally, following Wall Street`s overnight stumble, while oil dropped sharply as the United States weighed a massive draw from its reserves to rein in surging fuel prices.

The United States is considering releasing up to 180 million barrels of oil over several months from strategic reserves, four US sources said, as the White House tries to lower fuel prices that have surged since Russia invaded Ukraine late last month.

A stocks rally, meanwhile, lost momentum as hopes for a quick peace started to fade and the upbeat sentiment turned to worry about looming interest rate hikes.

Overnight, the Dow Industrial Average, the S&P 500 and the Nasdaq Composite were down, following similar downward movements in European stocks.

& quot; In US markets, which we take our cue from, the sell-offs are reflecting an ongoing assessment of inflation threats and what the Fed is going to do about it, & quot; said Rob Carnell, chief economist at ING in Singapore.

& quot; At the same time, in the last 24 hours, markets have responded cautiously positively to events in Ukraine, with Russia refocusing away from Kyiv, but things are still looking quite uncertain. & quot;

Bond markets were smouldering after a stinging sell off.

Two-year Treasury yields, which track policy expectations, were last at 2.2922% and have climbed more than 150 basis points for the quarter – the steepest such rise since 1984 on expectations of quick-fire interest rate hikes.

Inflation continues to squeeze governments and central banks around the world. Germany registered a whopping 7.6% inflation rate on Wednesday, sending its 2-year bond yield into positive territory for the first time since 2014.