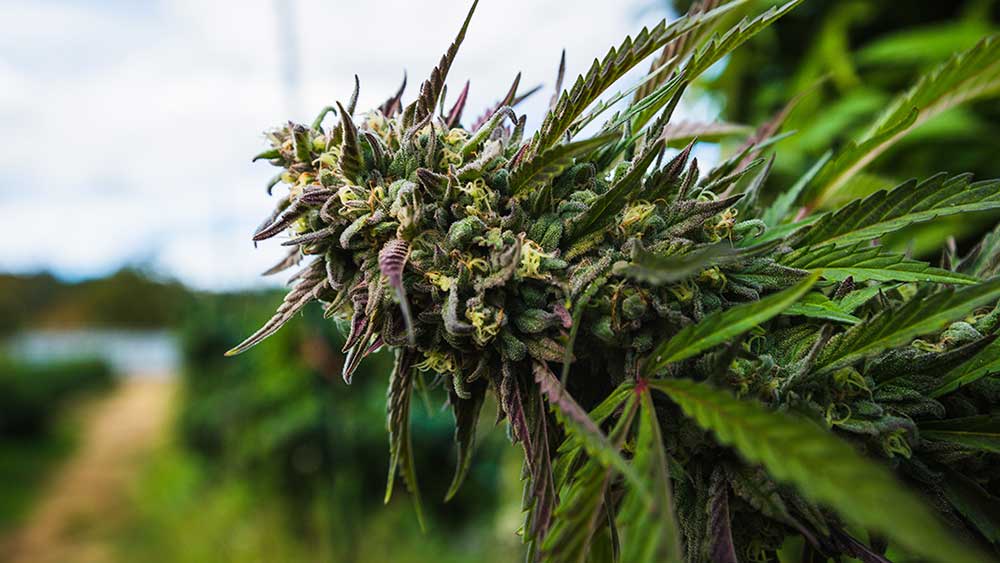 The sector briefly rallied last week on a report from Marijuana Moment that the House would vote on the bill, which stands for Marijuana Opportunity, Reinvestment and Expungement Act. While that rally has eased, it has left some pot stocks tracking at around their 50-day lines.

The bill would remove cannabis from the list of controlled substances, expunge some cannabis offenses and fund reinvestment in communities disproportionately hit by the War on Drugs. The bill cleared the House in 2020. But it went nowhere in Senate, then controlled by Republicans, and its path in the Senate this time around remains uncertain. Marijuana stocks faded last year after hopes soured for broader cannabis reform in the US

Were cannabis to be fully legalized, entry into the US would allow Canadian pot producers to play in a far bigger market, assuming laws permitted. That market could give them more opportunities for sales after suffering losses amid intense competition and executive missteps at home.

Even so, they would be competing against the US ‘larger, established rivals, some of which have begun to turn a profit. And setting up production infrastructure would require more spending.

Based on Stifel estimates for retail market share across four large provinces, Hexo had the most, at 9.9%, from December through February. Tilray was in fourth, with 6.7%. Canopy was in fifth, with 6%. Those figures are down from prior months. Canada’s industry is still struggling with losses, after overestimating domestic demand and legalization progress abroad.

Below, we take a look at some of the marijuana stocks trading on the major US exchanges.

IBD only has full ratings for marijuana stocks in Canada that trade on the big US exchanges. But it also tracks stocks related to the marijuana industry, like Innovative Industrial Properties (IIPR), a US cannabis-focused real-estate investment trust.

MarketSmith also has limited ratings data for some US-based cannabis producers that operate in legal states, like Curaleaf (CURLF), Green Thumb Industries (GTBIF) and Trulieve (TCNNF). Those marijuana stocks trade over the counter and in Canada.

Cronos Group stock has a 35 Composite Rating and an EPS Rating of 64. Ratings for other marijuana stocks are also weak.

In March, Cronos reported mixed fourth-quarter results. Cronos also announced that it would phase out a production facility through the end of the year. Mike Gorenstein that month also returned as CEO, after departing the role in 2020.

But Cronos’ board, following an evaluation of its US segment, determined that the company restate its second-quarter 2021 results. It also booked a $ 236.1 million impairment charge related to goodwill and other assets in that segment. The company also announced efforts to cut costs.

Hexo (HEXO) stock has a weak 3 Composite Rating. Its EPS Rating is 1.

Hexo has cut jobs and tried to shrink costs and lower its debt burden. Tilray recently agreed to buy up millions in Hexo’s convertible debt – potentially giving that company a big stake in Hexo down the road.

Hexo, in its second quarter, reported in March, lost some 690 million Canadian dollars.

Canopy in February reported quarterly sales that beat estimates. The company’s per-share loss was in line with expectations.

Lower weed prices and higher shipping and warehousing costs, amid the ongoing supply-chain crunch, hurt the results. However, the company said performance among its high-potency bud remained strong.

Still, Canopy has pushed back its profitability targets. The company has also shaken up its executive team.

Canopy has a CBD business in the US, which includes brands from the likes of Martha Stewart. It has deals in place to eventually buy US cannabis operator Acreage Holdings and Wana Brands, an edibles maker in the US

Canopy Growth stock has a 22 Composite Rating and a 53 EPS Rating.

Tilray, when it reported quarterly results in January, said it broke even on a per-share basis, but ended up with sales that missed expectations. Non-operating income got a boost after the company recognized a change in the value of convertible debt and warrants, following a decline in its stock price.

Tilray merged with Aphria last year. It also owns a hemp-granola maker, a craft brewer and a distiller – with hopes of selling THC cannabis products through at least some of those companies whenever federal legalization happens in the US It also has a deal that could eventually hand it a stake in struggling cannabis retailer MedMen.

Some marijuana stocks analysts have questioned that approach. The stock has a Composite Rating of 31 and an EPS Rating of 51.

Aurora Cannabis (ACB), like other marijuana stocks, has also faced layoffs and cutbacks.

In February, the company reported sales that beat but a steeper loss than expected.

The company noted that Canada’s recreational weed market “continues to face challenges,” amid competition and lower cannabis prices. Sales in Aurora’s recreational segment came in at roughly half what they were a year earlier. Aurora said it was continuing to “pivot towards premium offerings.” However, sales increased in the company’s larger medical business.

Aurora in March said it had reached a deal to acquire Thrive Cannabis.

The stock has a 16 Composite Rating and a 54 EPS Rating.

Innovative Industrial Properties buys properties from pot growers and then leases them back.

The company in February reported quarterly revenue that beat expectations. But funds from operations came up short. Shares have an 88 Composite Rating. Their EPS Rating is 96.

Amid the volatility in marijuana stocks, one way to avoid stock-specific risk is via ETFs. The ETFMG Alternative Harvest (MJ) ETF is one such option. The AdvisorShares Pure Cannabis (YOLO) ETF and the Cambria Cannabis ETF (TOKE) are others.

Another ETF, AdvisorShares Pure US Cannabis ETF (MSOS), offers investors exposure to US multistate operators, which analysts say are on a sturdier path to profitability.

So are any marijuana stocks a good buy right now? Based on IBD’s analysis, no.

Investors eager to jump into the sector could buy those stocks when they form bases and move into buy zones.

But overall, IBD’s research shows that investors would be better served looking for stocks with stronger overall ratings that are closer to their highs.

Check out IBD Stock Lists and other IBD content to find dozens of the best stocks to buy or watch.

Why The Future Marijuana Superpower Could Come From This Region

Catch The Next Big Winning Stock With MarketSmith

Stocks To Buy: Is It Time To Buy Or Sell These Large-Cap Stocks?