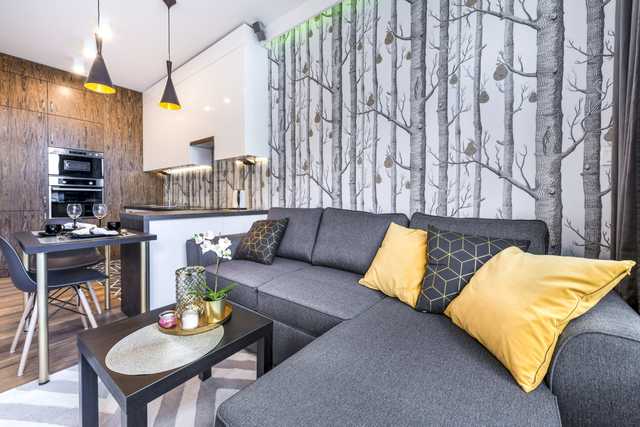 On a normal house hunt in Nairobi, you will find tiny bathrooms, squeezed bedrooms, wardrobes that would require you to buy three chest drawers and an extra standing wardrobe if your clothes are to fit, a toilet near the kitchen or dining area, and so forth.

Basically, most houses in Nairobi are not built with the comfort of the renter or buyer in mind, save for those that cost over Sh110 million.

As the population increases, so will the demand for houses, and so will the land become scarce forcing developers to squeeze houses into small areas. And to save on costs, most developers do not even care about aesthetics or functionality.

Experts say the houses are likely to get more generic and smaller.

“If you look at older residential buildings built about 20 years ago in Nairobi, you’ll notice that a majority are a walk-up level. They hardly went over three floors and there was a lot of space left, for say, parking and play area. However, if you visit estates like Kilimani now, you’ll hardly see any green space. The place is full of developments that go up to 10 floors or higher. All this is because constructing a house in Nairobi has become very expensive, ”says Kelvin Abuga, a landscape architect and building contractor.

Developers blame the high cost of land and construction materials, yet there are a few architects coming up with beautiful home designs that make good use of the small space.

“Developers are squeezing many houses so that they can recover their initial investment as fast as possible. Typically, you’ll find that a real estate development breaks even in about 10 to 15 years, which means that if you provide very spacious developments, you’re also looking at longer periods to recover your money, ”Mr Abuga says.

Aside from the size, another defining feature of residential houses in Nairobi, particularly those in the lower end of the market, is they look similar in design with little regard for aesthetics.

Whereas you might think that few designs are available in Kenya, Godfrey Mwaura, an architect points out that that is very far from the truth. What is happening is that developers are bypassing professionals to save on costs.

“In areas like Kikuyu, Zimmerman, South B, South C, Kahawa, Rongai and some parts of Ruaka, the architecture of properties is almost the same. In these areas, I have found that in almost 100 buildings, less than five have consulted an architect, ”he says.

“What happens is that the developers go to Nairobi County seeking approval. Here they find a pool of planners who have not studied architecture, offering to draw for them a building’s master plan. They then take the designs to architects who charge them a small fee to stamp the drawings. These planners who are not trained as architects will reason that in drawing a unit, you create a bedroom and a kitchen, by simply putting a wall between the rooms. This is how you end up with buildings with toilets near the kitchen, ”he says.

Additionally, there are developers building without having a master plan and simply relying on their fundi to advise them on how to design and build the property.

“You find a developer telling you they want a building similar to a building they saw and this limits you as an architect,” he adds.

Many developers’ focus is to build cheap, and faster.

“When trying to build cheaply, the simplest shape or design wins because it is easy to describe. Because many developers build houses on a 50 by 100 feet plot of land, there aren’t so many configurations that one can do. But for most, their common goal is to fit as many units as possible per floor. As a result, a majority of units tend to look the same. When doing finishes for houses, they also go for the cheapest finishes, because they only aim to offer habitation and nothing more. To save even more, developers dodge professionals, ”he adds.

Whereas it might seem like a bother to some that houses are getting smaller, Mr Mwaura is keen to point out that not everyone is looking for spacious houses.

“I have interacted with some people coming from abroad who do not want to live on the outskirts of Nairobi. These people do not mind small or shared spaces. Some even live as house-mates, ”he says.

Young middle-class Kenyans also favor neighborhoods such as Kileleshwa, Westlands and Kilimani which have the best restaurants, shopping malls and the status that comes with living in such areas.

Therefore, they do not necessarily care much about spacious or beautifully-designed homes.

“You can get squeezed one-bedroom apartment or even a studio apartment going for about Sh100,000,” he says.

Even though the trend of smaller units is set to continue, Kenyans might see more unique houses in the coming years.

To compensate for their small spaces, developments will more likely have nicer finishes, views, and amenities like swimming pools, clubhouses, and very nice landscaping. This is because as much as the earning power of Kenyans is increasing, they will still want value for their money.

However, Mr Abuga points out that investing in spacious units might be the best investment you can make as a developer.

“Building smaller apartments to fit in more units may work against you as squeezing them only attracts lower rent. In certain areas in Nairobi, you might do fewer units but attract higher rent and have higher retention of tenants because people are always happy to stay for longer in good homes, ”he says.

“Therefore, developers should engage professionals to find out what works best for the area they want to develop. You’ll be surprised to find that in certain areas fewer spacious units will help you recoup your investment faster than having more squeezed unit. ”