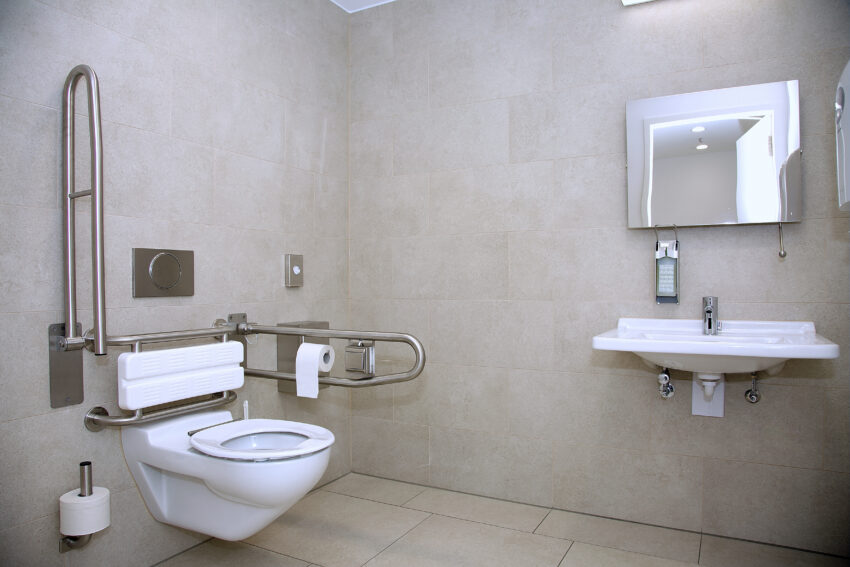 About 500 new large accessible toilets for severely disabled people are to be installed across England after the government awarded £ 23.5m of funding.

Changing Places Toilets (CPTs) have been mandatory in new buildings since 2020 and a year later, funding was offered to add them to existing sites.

The Department for Leveling Up, Housing and Communities (DLUHC) said 191 councils had made successful bids.

Campaigner Zack Kerr said the new CPTs would “make such a difference”.

The 26-year-old, from Oswaldtwistle in Lancashire, was one of a number of people who had campaigned for the number of CPTs to increase across the country.

He said they were “quite simply life-changing”, as without the facilities he faced the choice of “staying at home or restricting my social life because of my needs”.

“No-one should have to face these decisions because of the lack of basic toilet facilities,” he said.

A Department for Leveling Up, Housing and Communities (DLUHC) spokesman said there were currently about 1,300 facilities across the country, but “demand for provision is outstripping supply and the number of CPTs needs to increase to improve access for severely disabled people and their carers ”.

He said the facilities would be delivered in partnership with the charity Muscular Dystrophy UK (MDUK).

Mr Kerr’s stepfather Ceri Davies, who works as Changing Places Support Officer at MDUK, said the new CPTs would be “a game-changer”.

“Our lives as a family are literally controlled by the locations of these vital facilities,” he said.

“When there is such a lack of fully accessible toilet facilities all around the country, it makes even the simplest shopping trip or theater visit impossible.”

A full list of which councils have been awarded money and how many CPTs they will be installing in their area can be found on the DLUHC website.

The department spokesman said a further round of CPTs funding was “anticipated later in 2022”.