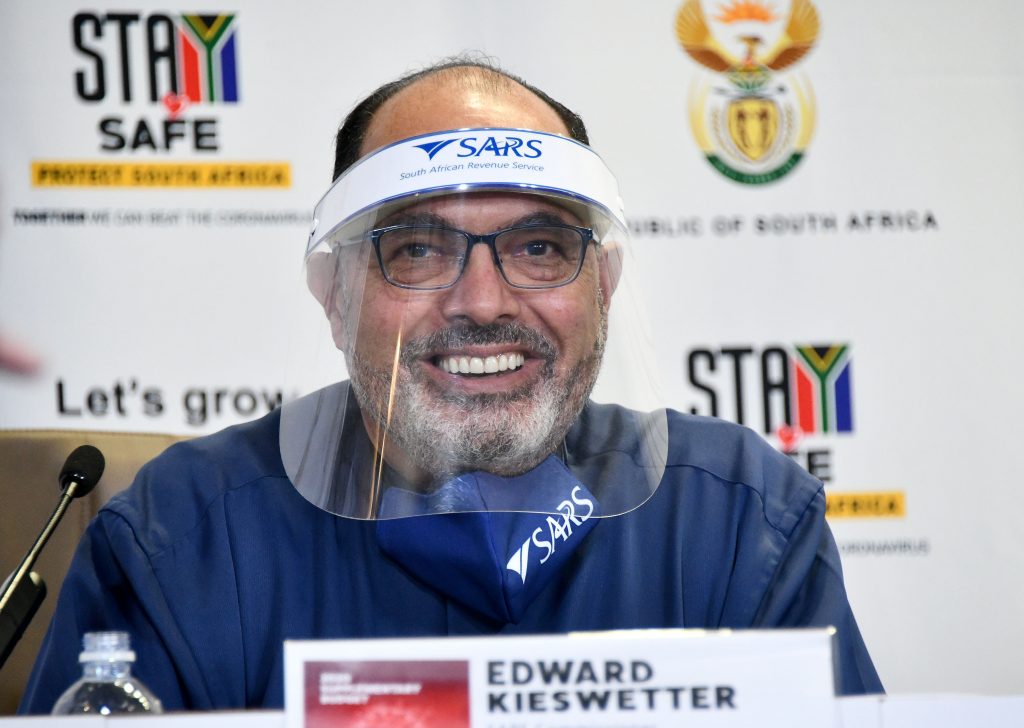 The South African Revenue Service collected R1.56 trillion in the fiscal year through March 31 2022, Commissioner Edward Kieswetter told reporters Friday in Pretoria, the capital. That’s R16.7 billion more than projected in the February budget and represents a 25% increase from the prior fiscal year. 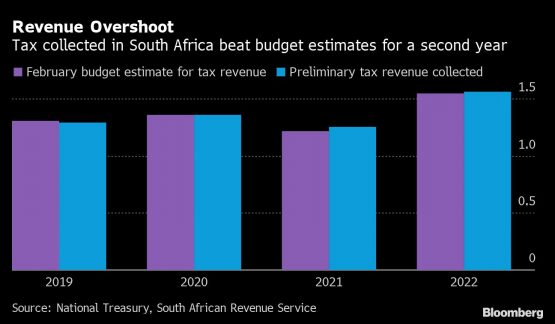 The better-than-expected outcome means the budget deficit as a percentage of gross domestic product for the past fiscal year could be less than the National Treasury’s February projection of 5.7%.

Increased R120bn tax collection windfall may not be sustainable

The data is the latest sign that headway is being made in rebuilding a revenue agency that was rendered ineffectual during former President Jacob Zuma’s scandal-marred rule, with a number of inappropriate appointments made to senior posts, some officials forced to quit and key units disbanded .

While the Treasury in February projected that tax revenue for the fiscal year that started on Friday is expected to reach almost R1.6 trillion, the ongoing commodity boom that’s being stoked by Russia’s invasion of Ukraine could see the target revised higher. The forecast accounts for a one percentage point cut in the corporate tax rate that comes into effect this month, but it does not take into consideration the government’s decision to cut general fuel levy by almost 40% for two months to mitigate against the impact of rising crude prices – a concession that will result in foregone tax revenue of R6 billion.

President Cyril Ramaphosa’s efforts to rebuild the tax agency started with Kieswetter’s appointment in May 2019. It has since sought to enforce tax compliance and set up units to handle the tax affairs of large businesses and high-net worth individuals.