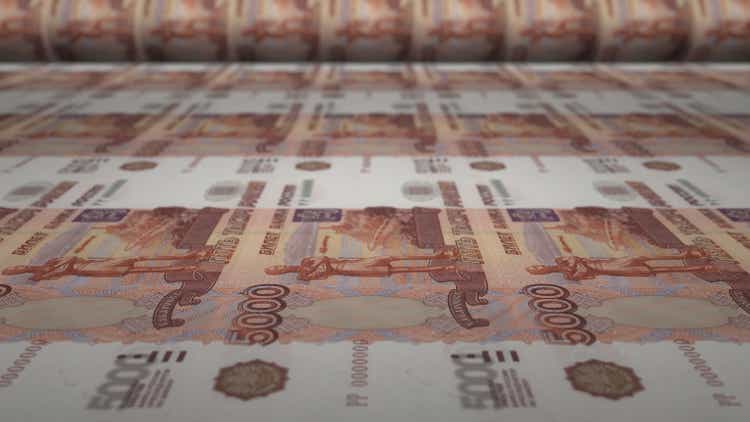 Here are the latest headlines in the Russia-Ukraine crisis:

The Russian currency lost nearly half its value – tumbling from 81 per dollar to 150 – following the invasion of Ukraine on Feb. 24, but has now recovered all of its losses. It follows severe capital controls imposed by the Kremlin, while banks have been temporarily banned from operating cash-based foreign exchanges for dollars and euros. Foreign traders are also not allowed to exit their investments, while the central bank doubled interest rates to 20% to encourage citizens to save their rubles.

It does not look like the Russian gas taps going to Europe will get turned off today, but there is always the possibility of some surprises. Germany and Austria have already begun preparations for rationing, while the bloc of EU countries warned that they were preparing for all contingencies. Russian gas sales to Europe are estimated at $ 350M a day, and unlike oilfields, gasfields are relatively easy to turn on and off without damaging them.

President Vladimir Putin signed a decree ordering 134,500 new conscripts into the Russian army as part of the annual spring draft, which runs from April 1 to July 15. The call-up will affect Russian men between the ages of 18 and 27, but the defense ministry announced that it had nothing to do with the war in Ukraine. “Most military personnel will undergo professional training in training centers for three to five months. Let me emphasize that recruits will not be sent to any hot spots,” Defense Minister Sergei Shoigu said in a statement.

Dear readers: We recognize that politics often intersects with the financial news of the day, so we invite you to click here to join the separate political discussion.