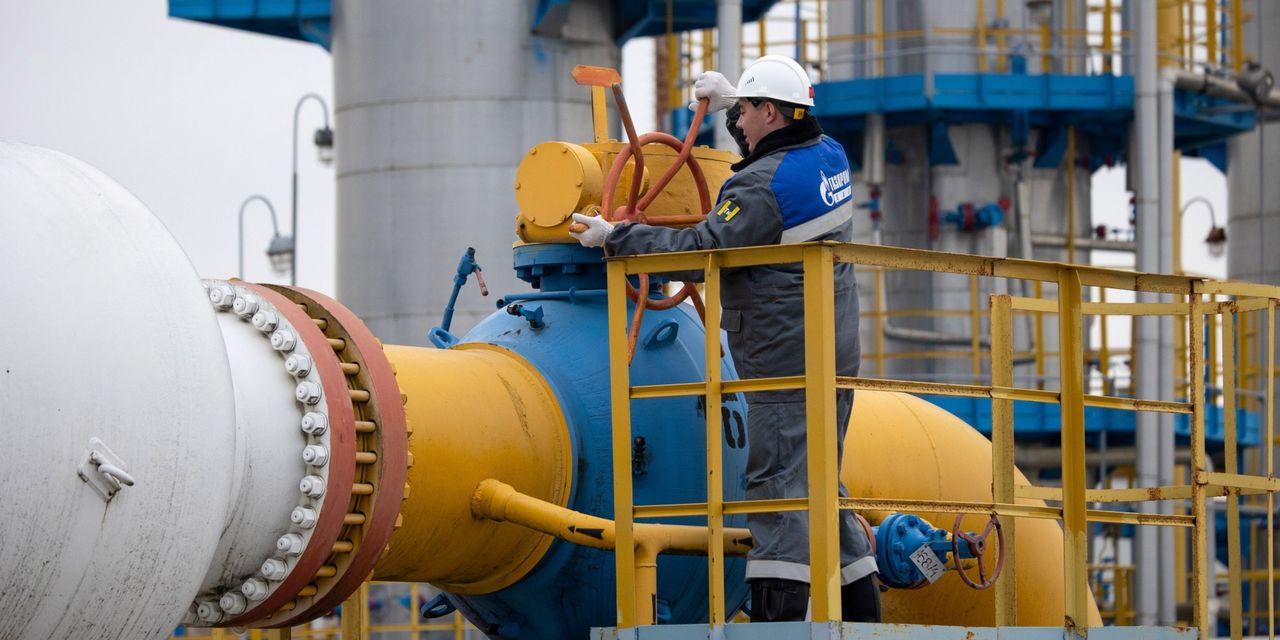 Vladimir Putin was rash enough to invade Ukraine. Could he double his bet by cutting Russian natural gas exports to Ukraine’s supporters in Europe? It does not look like it, for the moment.

Russia’s leader launched his latest stare-down with the West a week ago, announcing that “unfriendly states” would have to start paying for their gas in rubles, not euros or dollars. His unfriendly counterparts across the European Union duly refused.

Putin’s follow-through, when his March 31 deadline came, was ambiguous. Failure to pay henceforth in rubles will be “considered a breach of obligations with all the ensuing consequences,” he told a televised ministers’ meeting. Transcripts from a call with German Chancellor Olaf Scholz sounded more like compromise: Hard-currency payments could continue if they were funneled through Gazprombank (ticker: GZPR.Russia), the financial arm of Russia’s state-owned export monopoly. April gas shipments are only paid for in May, giving brinkmanship another month.

Ruble payment is a curious red line for Putin to draw.

(GAZP. Russia) has been earning Russia $ 340 million (€ 306 million) a day since the war started five weeks ago, energy consultant ICIS estimates. Moscow needs that cash. Two-thirds of its foreign reserves are frozen by sanctions, and the central bank reported that it has depleted $ 39 billion of what’s left since mid-February. “My first thought is: Why do not they want the hard currency?” says Aaron Hurd, senior currency portfolio manager at State Street Global Advisors.

Putin’s presumed objective is to re-inject liquidity into the ruble, which sanctions have made all but untradable, despite the currency’s bounce in recent days. European customers are bent on resisting for the same reason. “A free-falling ruble is part of the point of sanctions,” says Samantha Gross, director of the energy security and climate initiative at the Brookings think tank.

Hopes that the US could ease Russia’s energy hammerlock on Europe flagged after President Joseph Biden’s recent visit to the Continent. Biden promised an extra 15 billion cubic meters of liquefied natural gas this year, a 10th of what the EU buys from Russia. Some 12 BCM of this has already shipped, says Jonathan Stern, founder of the Gas Research Program at the Oxford Institute for Energy Studies.

LNG is no quick fix. Current US projects could yield an export boom, starting in 2026, Stern calculates. Then they would need 15 years of sales contracts to pay off. Europe might not need the gas by then, if it hits its renewable energy targets.

Then there are Gazprom’s contracts, which both sides have fulfilled since the 1970s. Europeans complain that Putin’s ruble payment proposal would violate current agreements, which stipulate payment currency. But the EU’s own target of slashing Russian gas imports by two-thirds would abrogate “take or pay” bonds, which will still cover 90 BCM annually in 2030, Stern says.

“There is no replacement for the Russian gas that Europe imports,” concludes Anne-Sophie Carbeau, a global research scholar at Columbia University’s Center for Global Energy Policy. “The implications for European industry would be disastrous.”

The story could be different in the historical terms that Putin increasingly prefers, however. That’s the way it looks in Germany, Gazprom’s biggest and formerly most friendly customer, says Marcel Dirsus, a fellow at Kiel University’s Institute for Security Policy. “There’s more and more pressure for Germany to stop financing a hostile power,” he says. “Zero dependency on Russia is not if, but when.”