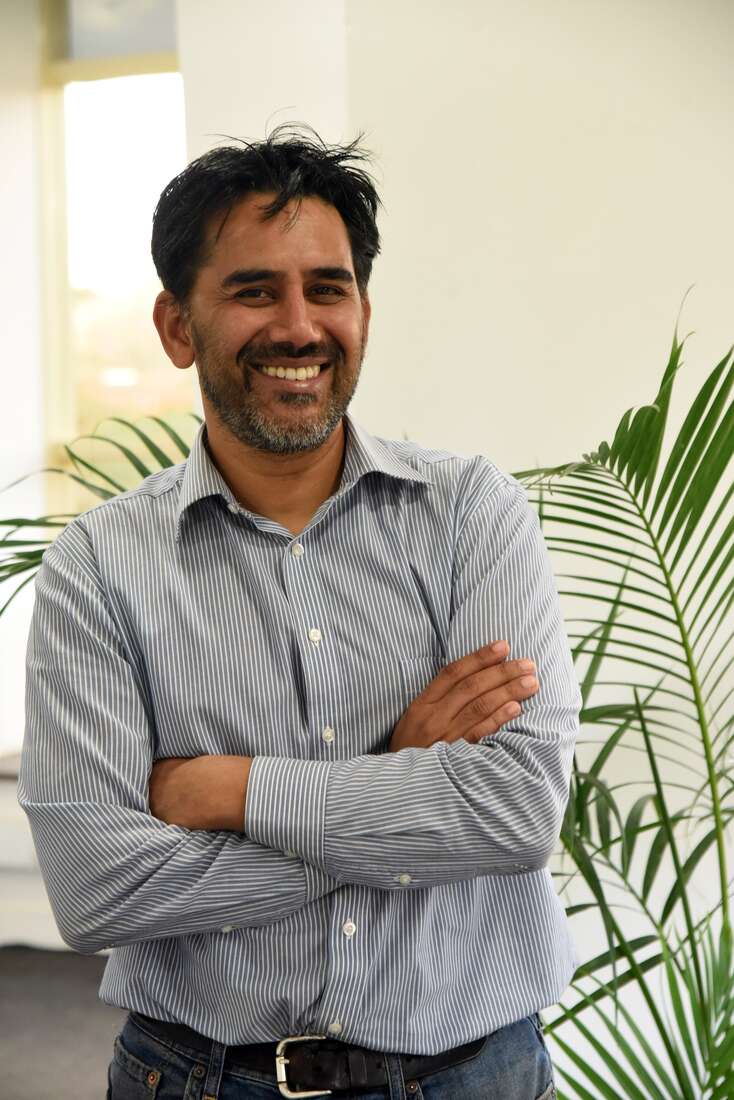 Jit Bhattacharya, the co-founder and chief executive of the technology company BasiGo, is a man on a mission. But also fortunate. In the last two years, events have conspired to place him in the right place, in an uncanny fashion.

It started with him coming to Kenya from Uganda in January 2020. Two months later, Covid-10 struck. Subsequently, the government ordered Kenyans to work from home. With minimal car transport that saw carbon emissions hit a record low, Kenya had perhaps the cleanest atmosphere since independence.

“The few days when buses were not in operation gave us a glimpse of what can happen here if we cleaned up the transport system,” he says.

For Jit, this was a business opportunity in clean public transport. He left the investment fund he was working for and co-founded BasiGo. After intense research on bus operations in Kenya and contact with manufacturers such as BYD, the company finally unveiled two electric buses two weeks ago, the first such buses in Africa.

“Everything, from Covid-19 to the popularity of e-mobility, was coincidental. The timing was perfect. If I had come in earlier, I probably would not have felt that the time was ripe for our business model. ”

At the company’s headquarters in Nairobi’s Westlands area, the staff is engrossed at their desks, putting everything in order as operations kick off in a frenzy. Already, orders from bus operators and corporations have started streaming in, even as the project is being piloted.

“We hope to deliver 1,000 electric buses to Nairobi alone in the next five years,” Jit says.

I ask him why Kenya and why now.

“Kenya is in a unique position when it comes to e-mobility and power. About 90 percent of the country’s power, that is hydro, geothermal, solar and wind is clean. Europe, the US, China, and the rest of the world are trying to catch up. ”

This makes it easier to power Kenya’s transit system. “We have a better chance to transition from diesel to electric power for every bus and to have a greater impact on the environment than anywhere else in the world.”

The vibrant bus culture too tipped the scales in favor of the carriers. About 40 percent of Kenyans move by bus.

“We can have an extraordinary impact in transforming the city in recognition of the threat of climate change.”

How do electric buses function? Jit explains that rather than an internal combustion engine that burns diesel or petrol for propulsion, an electric bus is powered by a battery that is recharged using electricity.

“These buses drive with clean electric power with no tailpipe emissions, therefore, safer for the environment. These buses are also much easier to drive. ”

“Passengers are amazed by the experience. It is the first time in Nairobi people are riding in an electric bus. They offer comfort, are quiet, and have no exhaust fumes. ”

That the majority of local buses are fabricated on the back of lorries makes them uncomfortable to ride in, he says.

“An electric bus on the other hand is designed as a bus from the start. It is more comfortable. These are what people in the US and China ride in, we are bringing that experience here. ”

There has also been excitement from the government and the sector about the potential and possibilities of electric buses. “The National Transport and Safety Authority, Kenya Bureau of Standards, Kenya Power have all been eager to see if the technology can work here and whether it can be competitive.”

The only setback, he says, has been unmet expectations. “Entrepreneurs generally like things to move very fast. Inevitably, though, things take a little longer to happen, especially in the automotive sector. ”

Electric vehicles (EVs) and buses have been touted as the future of mobility. Jit says the day BasiGo launched the two buses marked an important transition.

“We are quickly approaching the tipping point of how electric mobility is going to take off. It will start in what is called micro-mobility, that is boda bodas and tuktuks. Buses will follow because there is an economic case to be made. ”

Vehicles such as urban delivery trucks and other commercial carriers will come next and later long-distance vehicles. “I believe that passenger vehicles will come last because there has to be a business case, which is sometimes challenging to address.”

He says Nairobi and other urban centers are growing fast and that “Kenya cannot handle this level of pollution and continue to support its economic growth.”

BasiGo has a payment plan that allows bus operators to purchase the bus at about Sh5 million for a 25-seater, and subscribe for battery charging services (pay-as-you-drive). The Sh20 per kilometer subscription acts as the operating cost, in the long run, he says.

“Diesel is the biggest operating expense for bus operators, and they have no control over it. Oil prices globally will keep rising, which is incredibly painful for bus saccos. It is cheaper to run a bus on electricity than diesel, ”Jit says.

For being driven throughout the year, buses are always down for repairs and other forms of maintenance, with frequent filters and oil changes.

“An electric bus has no engine and, therefore, no oil changes and transmission repairs.”

So, when will the first consignment of buses hit Kenyan roads?

“Later this year, we will be delivering our first production unit to customers. Beyond the 25-seater buses, we are working with our partners to introduce larger carriers in the 33 to 56-seater range. ”

He says that city buses typically drive for between 200 and 300 kilometers per day and that batteries for buses will have the capacity to cover such long distances.

“Every kilometer covered by a bus means revenue for the operator. We also need to make our buses higher for our type of roads. ”

Away from developing mobility for the future, his family occupies his time. “I am a new parent. My daughter is 11 months old. I worry a lot about the world she is growing up in. The world is a difficult place. We have just come from a painful pandemic and now we have been in Europe. We also have a climate crisis that is getting worse by the day and it seems impossible to make significant changes that we need to address it. ”

He says the BasiGo project is, in many ways, his contribution to making the planet better for her and future generations.

Jit is a sportsperson too. He played ultimate (originally ultimate Frisbee) for more than 20 years, but now plays just for fun “to keep myself centered, balanced, energized and ready to go to battle again.”

BasiGo bid for the project. “The most important thing is that the government has taken a step towards sustainability with the BRT line.”