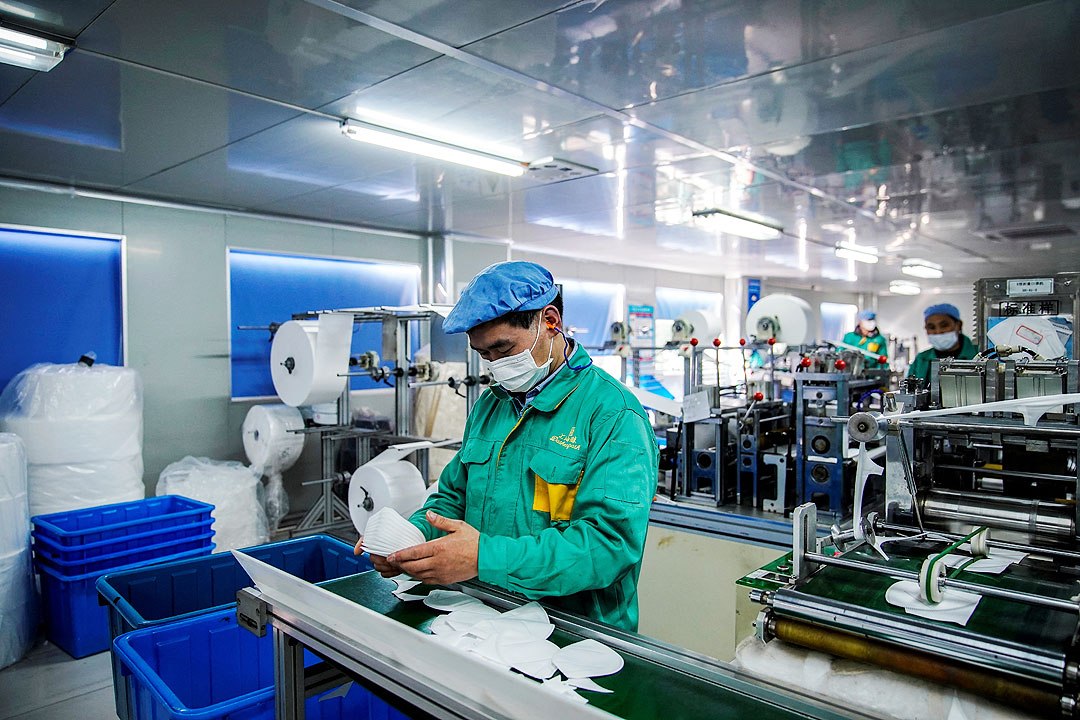 Uncertainty caused by the invasion, combined with an intensifying cost-of-living crisis, suggests the euro zone’s manufacturing industry could slide into a recession this quarter.

“Today’s figures show the worsening supply chain situation is having a major impact on the industry, with rates of both input costs and selling price inflation currently far above anything previously seen,” said Thomas Rinn, global industrial lead at Accenture.

“The ever-surging cost of power, freight delays and diversions, topped by new COVID-19 lockdowns in China, have all contributed to increased costs and raw material shortages – leaving European manufacturers faced with unprecedented disruption.”

S&P Global’s final manufacturing Purchasing Managers’ Index (PMI) for the euro zone fell to a 14-month low of 56.5 in March from February’s 58.2, below an initial “flash” estimate of 57.0 but still well above the 50 mark that separates growth from contraction. E

Confidence indicators in the region have plummeted and the euro zone future output PMI plunged to its lowest reading since May 2020.

In Britain, outside the common currency area, industry expanded at the weakest pace in 13 months and price pressures, which had previously shown some signs of moderating, worsened.

China’s factory activity slumped at the fastest pace in two years in March, a private sector PMI showed, as the fallout from the Ukraine crisis and resurgence in domestic coronavirus cases hit external and domestic demand.

The outcome was in line with Thursday’s official data showing activity in Chinese manufacturing and services simultaneously contracted for the first time since the height of the country’s COVID-19 outbreak in 2020.

The slowdown in China bodes ill for Asia, which is host to big manufacturers dependent on consumption in the world’s second-largest economy, analysts say.

South Korea’s factory activity slowed with new export orders posting the sharpest reduction since July 2020, as companies took a hit from rising input prices for goods ranging from oil and metals to semiconductors.

Factory activity also slowed in Taiwan and Vietnam, and contracted in Malaysia, as the region felt the pain from rising raw material prices, other PMIs released on Friday showed.

“The main channel for transmission is going to be from commodity prices, so energy, oil, gas, as well as foodstuff,” said Tai Hui, chief Asia market strategist at JP Morgan Asset Management.

“What’s going to happen is that the manufacturers, especially some of the more downstream ones, are going to face a bit more cost pressure,” he said.

By contrast, Japan saw manufacturing activity grow at a faster pace than the prior month, as domestic demand got a lift from the waning impact of the pandemic.