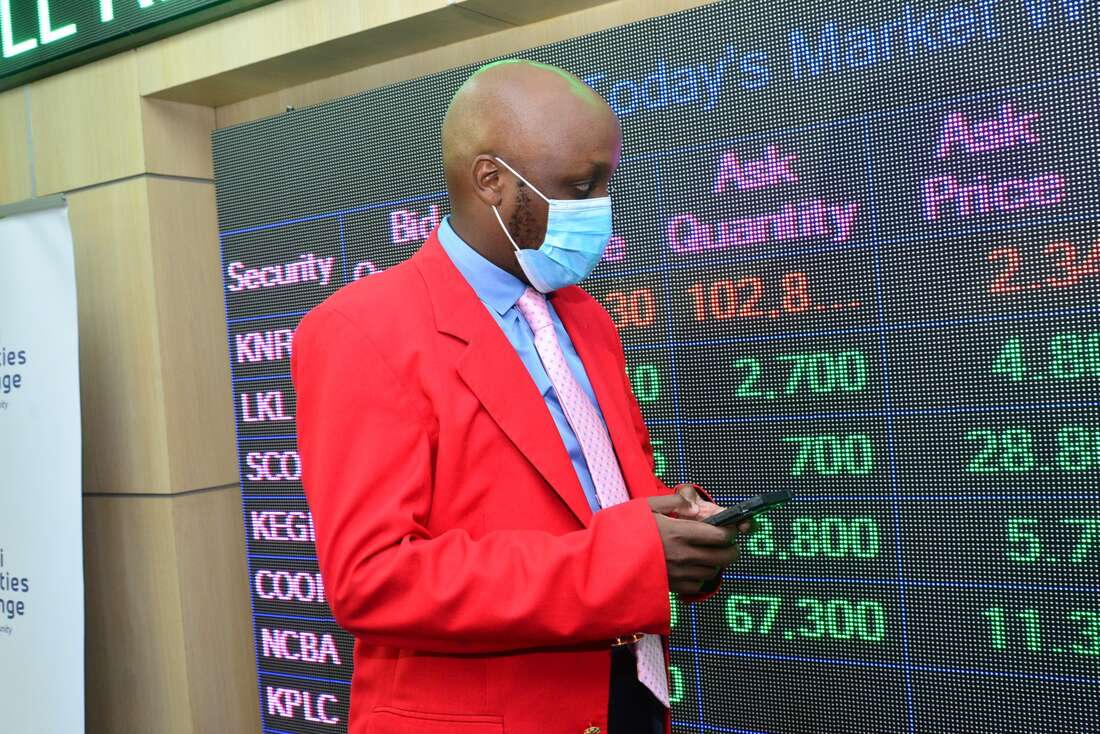 Investors at the Nairobi Securities Exchange (NSE) #ticker: NSE lost Sh73.2 billion in a week and the value of the stock market sank to one-year low on reduced interest on Safaricom #ticker: SCOM after the telecoms operator paid a multi- billion shilling dividend.

The market capitalization dropped to Sh2.426 trillion on Thursday from Sh2.499 trillion when the stock market opened on Monday, marking the lowest valuation of shares since April 8 last year.

Safaricom, the country’s most profitable company, accounted for 95 percent of paper or Sh72.12 billion loss, underlining its dominance that is making it difficult for investors to gauge the performance of the stock market.

The telecoms operator had announced payment of a Sh25.6 billion interim dividend ahead of Thursday for shareholders on its register on March 17.

Safaricom declared a dividend payout of Sh0.64 per share, representing a 42.44 percent growth over the inaugural interim payout in the prior year.

This followed a 12.1 percent growth in net profit for the half year ended last September to Sh37.05 billion.

The telco’s share dropped to Sh34.15 on Thursday from Monday’s opening price of Sh35.95, driving the Nairobi stock market to a one-year low.

The influence of Safaricom on the stock market this week is informed by the fact its share of combined investor wealth at the NSE stood at 56.4 percent.

The telco claimed at least half of the market wealth nearly two years ago and has been deepening its share of the NSE wealth since then.

Already, the Capital Markets Authority (CMA) has flagged the dominance of five companies – including Safaricom – in the 65-stock market as a big risk, with the performance of the telecommunications firm dictating whether the market goes up or down on any given day .

This outsize influence of the stock on the market is also seen in the daily traded volumes, where often it accounts for over 65 percent of daily shares traded at the stock market.

For investors, this has meant that holding Safaricom shares has become a necessity when building a portfolio, with its high liquidity and retention of value a magnet, especially for foreign investors.

A minimal fall in the Safaricom share price creates an impression that the market is underperforming despite other counters recording gains.

Bank stocks that were expected to lift the market after lenders reported triple-digit growth in profits and outsize dividends remained muted at the NSE.

The share prices of KCB Group #ticker: KCB, Equity Group #ticker: EQTY and Co-operative Bank #ticker: COOP have remained flat over the past week despite the three lenders declaring a record Sh26.8 billion in dividend payouts – nearly triple what they paid last year.

Eric Musau, the executive director for Research at Standard Investment Bank, said growth in share prices for banking stocks remained flat because investors had expected profits to jump based on their quarterly performance.

“Banks release results on a quarterly basis and so by the time we were reaching the third quarter of last year, a good momentum had been built and a lot of expectations had been based on the prices,” Mr Musau said on the phone.

Equity Group, the largest lender by assets, shed 1.94 percent on its share price in the review week to Sh50.5 per unit, while Co-op Bank closed at Sh12.85, a marginal 0.39 percent drop week-on-week.

“The question to ask is that when dividends for banks are paid, are we going to have a downward adjustment in prices (like for Safaricom)?” Mr Musau posed.

“That may well be the case in that we may have a bit of a pullback, but by that time we will have the next set of quarterly earnings… and prices could start building up.”

The payouts, therefore, represent a turnaround for the top bank shareholders, who had to endure lean times in terms of dividends in 2020 as the lenders adjusted to a leaner operating environment due to Covid-19.

The dividend boom also comes after the Central Bank of Kenya (CBK) loosened restrictions on shareholder payouts as the country recovers from the Covid-19 economic fallout.

The CBK in August 2020 asked commercial banks to seek its approval ahead of paying dividends for the year ended December, which saw top lenders freeze payments.

But the lenders have turned the corner following the record profits as they seek to expand their loan books and shift from government securities.