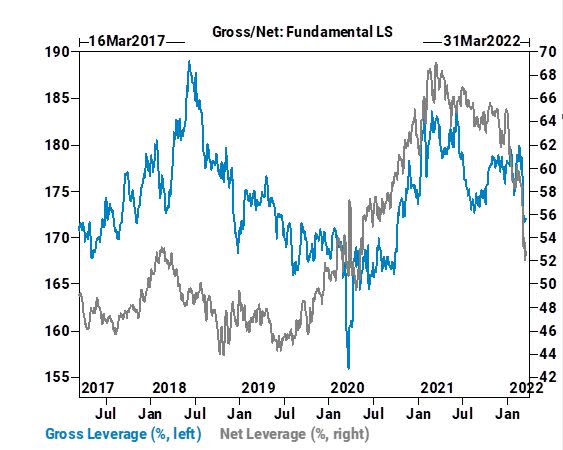 (Bloomberg) – Hedge funds distrust it, a clutch of strategists say it’s doomed, and the Federal Reserve probably wishes it would stop. But a fearsome stock market rally that has been giving prognosticators fits is refusing to go away.

A final-hour surge Friday salvaged a third straight up week for the S&P 500 – barely – extending a run for US equities that at times has ranked among the strongest in the past decade. The benchmark gauge has retraced well over half its tumble since the start of the year, a shock to institutional traders who spent most of the last three months slashing risk.

“A lot of people sold on the way down and then this quick surge, they’ve missed out on it,” Craig Callahan, chief executive officer at Icon Advisers Inc., said by phone. “So I think they’re trying to discredit it, sort of saying, ‘well I did not get in on it, it must not be real.'”

The case for skepticism remains an easy one to make. Besides war in Europe, this week’s jobs and inflation data reinforced the argument for a faster Fed tightening cycle. The bond market is flashing warnings over an economic recession. And the earnings-reporting season due to start in two weeks is expected to show a drastic slowdown in corporate profits.

Among investors surprised when the S&P 500 jumped more than 10% over 11 sessions through Tuesday were hedge funds. Those tracked by Goldman Sachs Group Inc. unwound their risky bets – cutting longs and covering shorts – in 15 of the first 21 trading sessions of March. By Tuesday, the dollar amount of their de-risking was poised for the second-largest monthly reduction in five years – behind only the Reddit-fueled short squeeze in January 2021, according to data from the firm’s prime broker.

The pattern was echoed at JPMorgan Chase & Co., whose hedge fund clients also sold into the latest rally.

“We’ve just seen a very sharp rebound in equities that seems to have caught many by surprise, and which few seem willing to embrace as a potentially persisting trend,” JPMorgan analysts including John Schlegel wrote in a note. “From a positioning / flows perspective, it seems the ‘pain trade’ is still higher for now.”

Buoyant markets can also be framed as mixed news for central bankers, who aim to tighten financial conditions as one way to cool demand and tame inflation. The S&P 500 started rallying the day before the Fed’s decision to raise interest rates for the first time since 2018. When Chair Jerome Powell hardened his stance a week later, stocks marched on, contributing to an easing in the Bloomberg US Financial Conditions Index.

“The market signal was that the Fed’s behind the curve. The Fed is telling the market, ‘hey, we can afford to be patient,’ ”said Benjamin Dunn, chief operating officer at Prometheus Alternative Investments. “The real tone of market participants right now is one of exhaustion. This was such a difficult quarter for investors. ”

Getting louder on Wall Street is the drumbeat of warnings over a bear market trap. Strategists at firms from Bank of America Corp. to Morgan Stanley urged investors not to chase the gain, citing everything from an inversion in Treasury yield curves to stretched valuations and potentially disappointing earnings.

At 20 times profit, the S&P 500 trades at a valuation multiple that before the 2020 pandemic had been seen only once in the past two decades – during the dot-com era. Meanwhile, the cushion from corporate profits is thinning out.

Profit growth is expected to slow to roughly 6% in the first quarter, down from an average pace of 54% last year, analyst estimates compiled by Bloomberg Intelligence show.

“The Fed is tightening aggressively, profit margins will start to deteriorate and that’s the end of the cycle,” Mike Wilson, chief US equity strategist at Morgan Stanley, said in an interview on Bloomberg TV with Guy Johnson and Kailey Leinz. “While we do not think there is a recession this year, the risk of a recession next year has gone up dramatically.”

Recessions are threats that bull markets have not been able to survive historically.

Increasingly, cash is the favored asset among the pros. In BofA’s March survey of money managers, such holdings rose to the highest level since April 2020.

Carin Pai, head of portfolio management and equity strategy at Fiduciary Trust International, which has around $ 103 billion in assets under management and administration, is currently overweight cash.

She and her team – amid the recent rally – raised cash by selling equities. “We did not want to sell into the downdraft in January, but with this recovery recently, we did take some money out of equities,” she said.