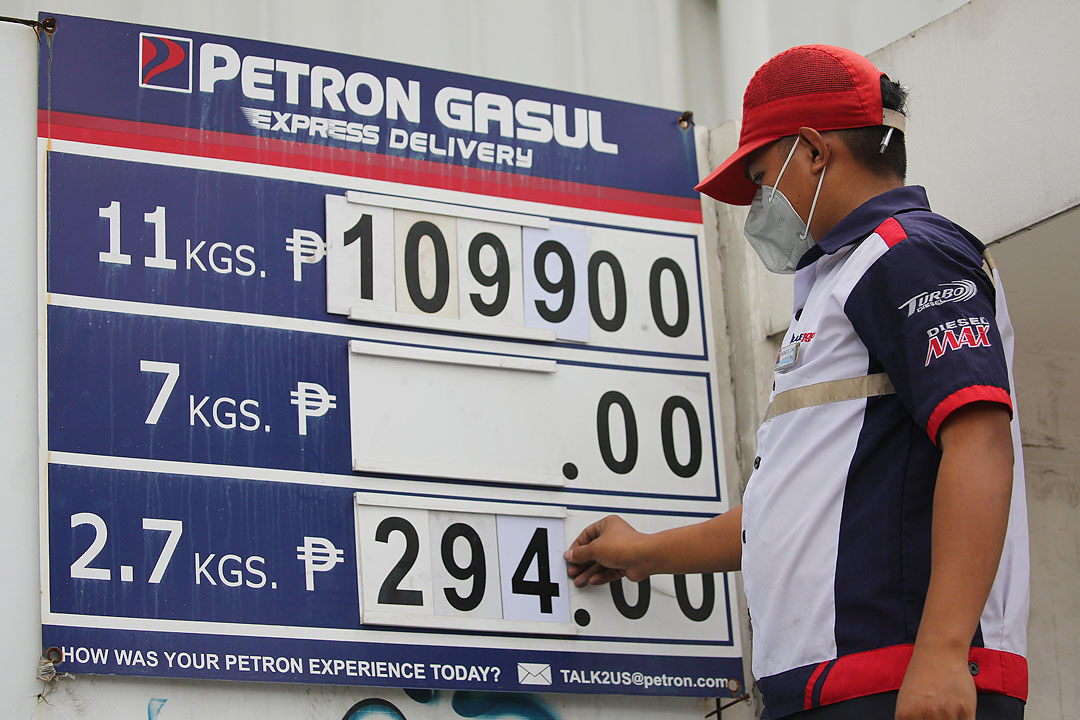 HEADLINE INFLATION likely accelerated in March as the spike in global crude oil prices probably caused a faster increase in food and transportation costs, according to analysts.

A BusinessWorld poll of 18 analysts yielded a median estimate of 4% for last month’s inflation, nearer the upper end of the Philippine central bank’s 3.3% to 4.1% projection.

If realized, this would be much quicker than the 3% in February and matches the high end of the 2-4% target range by the Bangko Sentral ng Pilipinas (BSP). However, it will still be slower than the 4.5% seen a year earlier. 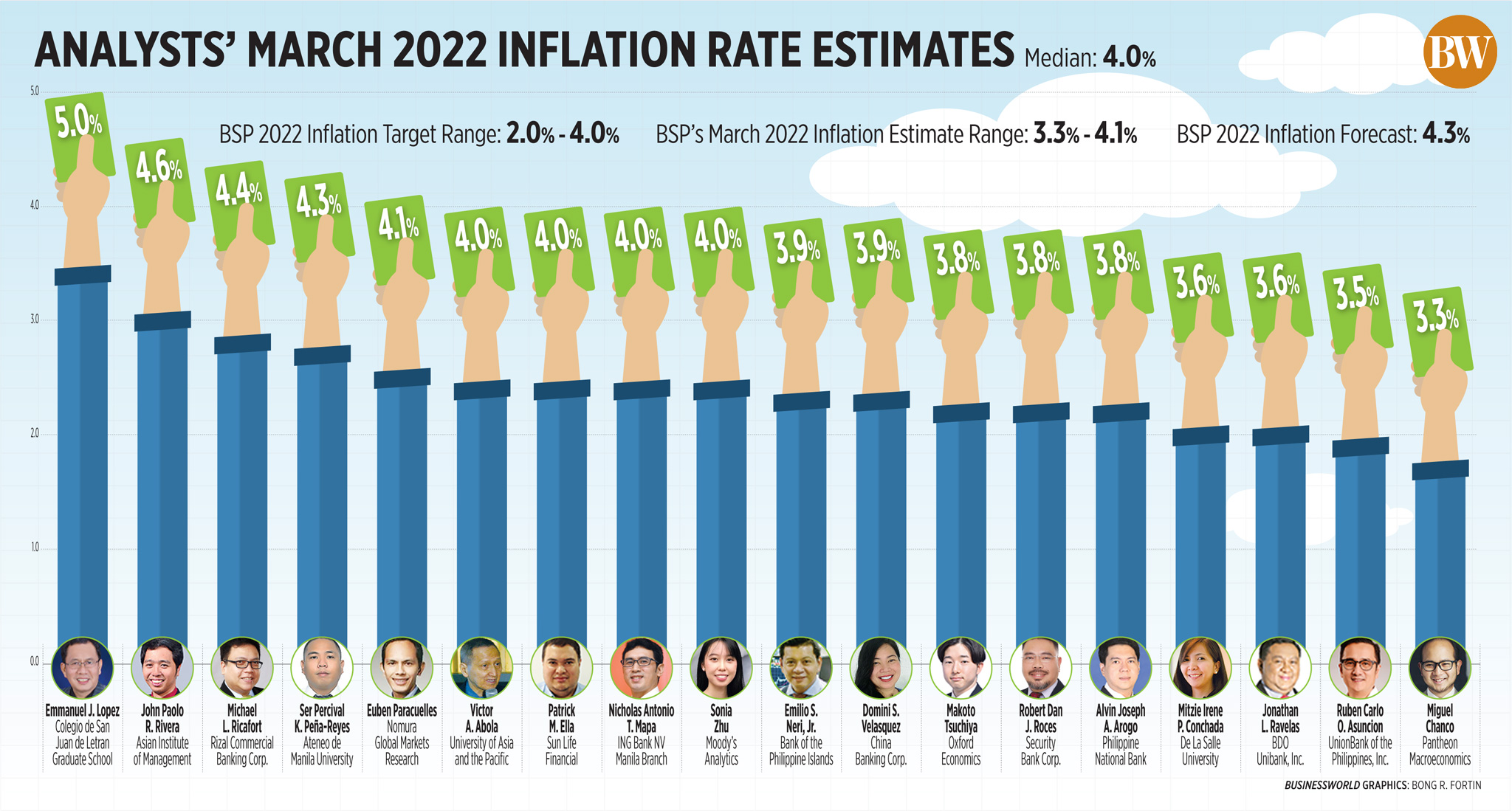 The Philippine Statistics Authority will release in Marchflation data on April 5.

Analysts said the surge in pump prices was a major inflation driver in March.

Crude oil prices have become more volatile since Russia’s invasion of Ukraine in late February. There were fears over disruption in oil supply as Russia is a major oil exporter.

“As a net oil importer, Philippines is highly exposed to the surge in commodity prices directly through higher fuel prices and subsequently higher electricity prices,” said Makoto Tsuchiya, an economist at Oxford Economics.

Concerns over global supply of grains and wheat also drove their prices higher as Ukraine and Russia are major exporters.

Mr. Tsuchiya also pointed out there are several petitions to raise minimum daily wages and transport fares, which are being reviewed by the government.

“Second-round effects [are] likely amid growing calls for transport fare hikes and an increase in the minimum wage which has been unchanged for three years, ”he added.

As mobility curbs have been further relaxed, ING’s Mr. Mapa said higher demand may have contributed to quicker inflation in March. Metro Manila has been under the most lenient Alert Level 1 since March.

“We can not rule out the emergence of demand-side pressures as the economy, as described by the BSP, has turned the corner and is on the mend. This suggests that demand has returned, albeit not quite at pre-pandemic levels just yet, ”Mr. Mapa said.

At its policy review on March 24, the Monetary Board acknowledged that economic activity has already gained traction as mobility restrictions were relaxed but the outlook remains clouded due to the Russia-Ukraine war and the pandemic.

At the same meeting, the central bank raised its inflation forecast for 2022 to 4.3% from 3.7% previously, citing the impact of higher oil and commodity prices.

While the BSP kept rates at record lows, it vowed that it will be ready to respond when needed to tame inflation and to keep its price and financial stability objectives.

“We maintain our expectation that monetary policy will begin normalizing in the September quarter as BSP looks past inflation risks arising from the Russian-Ukraine military conflict to focus on domestic economic growth,” she said.

BSP Governor Benjamin E. Diokno has earlier said they would remain patient and would only assess the possible rate hike in the second half of the year to ensure a more sustainable recovery. He told Bloomberg last month that a 2.75% key rate “might be reached by next year.”

The BSP chief also said they would not need to move in lockstep with the US Federal Reserve, which started to increase interest rates in March. He noted the BSP only takes into account external developments to the extent it affects growth and inflation outlook.

However, analysts have warned that BSP’s space to remain accommodative is narrowing if inflation remains elevated.

“The possibility of raising rates earlier than planned is increasing and a rate hike in the second quarter is now on the horizon,” China Bank’s Ms. Velasquez said.

“Paramount to the BSP’s decision is the effectiveness of the government’s non-monetary measures in preventing inflation from becoming more broad-based and preventing a de-anchoring of inflationary expectations,” she added.

For Bank of the Philippine Islands Lead Economist Emilio S. Neri, Jr., a continued accommodative policy could result in unintended effects like mispricing of risk and de-anchoring of inflation expectations that may be difficult to reverse.

“These side effects may already be slowing the pace of our much-needed recovery as allocation of the financial system resources have likely favored less productive sectors instead of the more productive ones like startups and future-proof businesses,” Mr. Neri said.

The Monetary Board will have its next policy review on May 19.