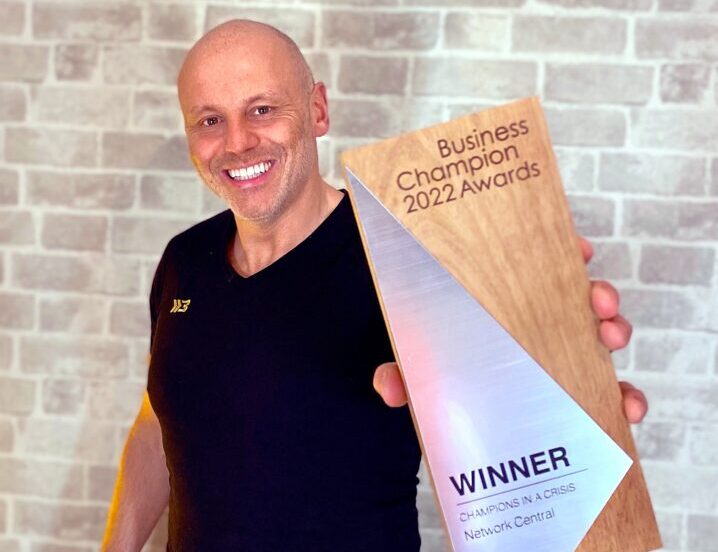 Network Central, the new home of 4Networking, the national business networking organization with groups across the UK founded by motivational speaker and entrepreneur Brad Burton back in 2006, has won the Champions in Crisis Award of the Business Champion Awards.

It won the award for its resilience and quick thinking when its core face to face operations were decimated by the Covid-19 outbreak.

4Networking’s turnover went from £ 2m to £ 0 overnight as its 5,000 nationwide meetings each year were immediately canceled as a result of restrictions and lockdown. Moving fast, meetings were moved online, the first business networking organization to do so, and a new platform, Network Central, was created, both for business appointments and community support.

Network Central was nominated against brands such as Insignia and Mercedes’ AMG and DPD UK, and was presented with first place by BBC News at Ten presenter Huw Edwards. Ironically, Founder Brad Burton was unable to attend after testing positive for Covid the day before, but Directors Terry Cooper and Jen Hinds accepted the prize.

Director Pippa Whitfield says “Network Central was more crucial than ever for businesses as the pandemic struck as being able to network online and receive business and moral support was the only way to survive it for many. We’re so pleased that it has come out of the other side and now we’re able to meet face to face in venues including Bridgwater, Taunton & Bristol with more being announced all the time. Well done to all involved for winning this award. ”

“Everything happens for a reason, and it does not always make sense, until it’s in your rear-view mirror,” says Founder Brad Burton. “We’ve had to start from scratch in a way, but with the previous experience of building a business against the odds – people said 4Networking would never work when I started the organization in 2006 whilst delivering pizzas at the weekend to keep it afloat. We were almost driven out of business by Covid and winning this award is testament to everyone who stuck with us and supported us to get through this most difficult period. It’s indicative of a new dawn for UK SMEs in general. ” Ironically, two years to the day that Boris Johnson first told us to stay home, we won this award. We really did get through it. Together!

Speaking about the award winning Business Champion Awards director Richard Alvin said: “The judges were blown away by the resilience and determination of the team at Network Central from having your entire business model closed down overnight to rebooting and refocusing with a week is a phenomenal achievement . ”

4Networking was started in 2006 by entrepreneur, author and motivational speaker Brad Burton to provide friendly, informal networking for business people around the country. It grew to become the largest business networking organization in the UK, with over 5,000 weekly meetings. When these were canceled overnight by lockdown the network moved online to Network Central and now operates both online and with its trademark face to face events.