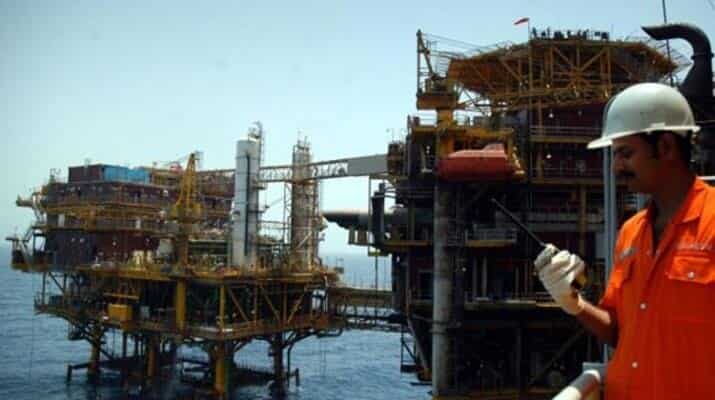 State-owned Oil and Natural Gas Corporation (ONGC) is likely to see a USD 3 billion (about Rs 23,000 crore) rise in its annual earnings from the more than doubling of the price of natural gas it produces, while Reliance Industries may get USD 1.5 billion (Rs 11,500 crore) more in revenue, a report has said.

The government from April 1 increased the gas price paid to producers of oil and regulated fields from USD 2.9 per million British thermal units to USD 6.10, a record high. For difficult fields, such as deepsea fields of Reliance, the price has gone up by 62 per cent to USD 9.92 per mmBtu.

“A three-pronged deficit in oil markets (inventory, capex and spare capacity) combined with rising domestic gas production after nearly a decade of declines sets the stage for a super-cycle in profitability,” Morgan Stanley said in a note.

Gas accounts for 58 per cent of domestic gas production for ONGC and every USD 1 per mmBtu change in gas price affects ONGC’s earnings by 5-8 per cent. “We foresee USD 3 billion earnings increase in FY23 (April 2022 to March 2023) and, more importantly, improving ROCE to above 20 per cent after more than a decade,” it said.

Gas prices for difficult fields (deepwater, ultra-deepwater and high-pressure high-temperature areas) have risen by USD 3.8 per mmBtu to USD 9.9 and will be applicable to ONGC’s production from KG-DWN-98/2, which is expected to contribute about 14 per cent of domestic gas production by FY24.

Reliance’s gas production from its deepsea KG-D6 field has reached 18 million standard cubic meters per day, which is expected to increase to 27 mmscmd by FY24 (March 2024), with a ramp-up in production from new and existing clusters.

Morgan Stanley predicted a further hike of 25 per cent in the next revision scheduled for October 2022 as tight supplies keep four global benchmark prices at elevated levels.

In a note, IIFL said that despite the price reset, domestic gas prices are lower than landed prices of imported LNG by 45-50 per cent. “Political will be tested in 2HFY23 (October 2022 to March 2023), when a similar price rise is expected.”

The gas price hike bodes well for ONGC, OIL and Reliance, which account for the bulk of domestic gas production in India.

Hetal Gandhi, Director, Crisil Research said with the improvement in investments in production infrastructure, domestically produced gas currently helps meet almost 50 per cent of the annual domestic demand. Basis an allocation system followed by the government, the city gas distribution sector (including CNG and domestic PNG), fertilisers and power are the main recipients of domestic gas.

“The hike is expected to impact city gas distribution (CGD) entities as it will push up domestic prices of CNG and piped natural gas to kitchens. We do not expect any substantial demand erosion from the transportation sector as CNG will still be competitive compared to petrol and diesel. We also expect domestic PNG to remain competitive vis-a-vis domestic LPG despite any price hike. However, margins of CGD entities will be impacted significantly, contracting by 300 bps in fiscal 2023, “he said.

“The hike, coming at a time when relations between Russia and Europe on gas supply have deteriorated, will be monitorable for natural gas prices and, thereby, the imported portion of the fuel, which impacts sectors such as industrial PNG, refineries and petrochemicals, “he added.

IIFL said fertilizer subsidy will go up, while gas-based power producers are at risk of being mothballed unless electricity boards purchase the expensive power (variable cost of Rs 4 a unit).

“While to remain margin neutral, CGD companies need to raise CNG prices by Rs 12-14 per kg, hikes to us are likely to be gradual,” it said, adding that even post this surge, CNG will be cheaper than diesel / petrol by 35-50 per cent, on a running cost basis.

The higher realization for difficult fields should encourage operators, such as Reliance and ONGC, to fast-track their deep-water production schedules, IIFL added.