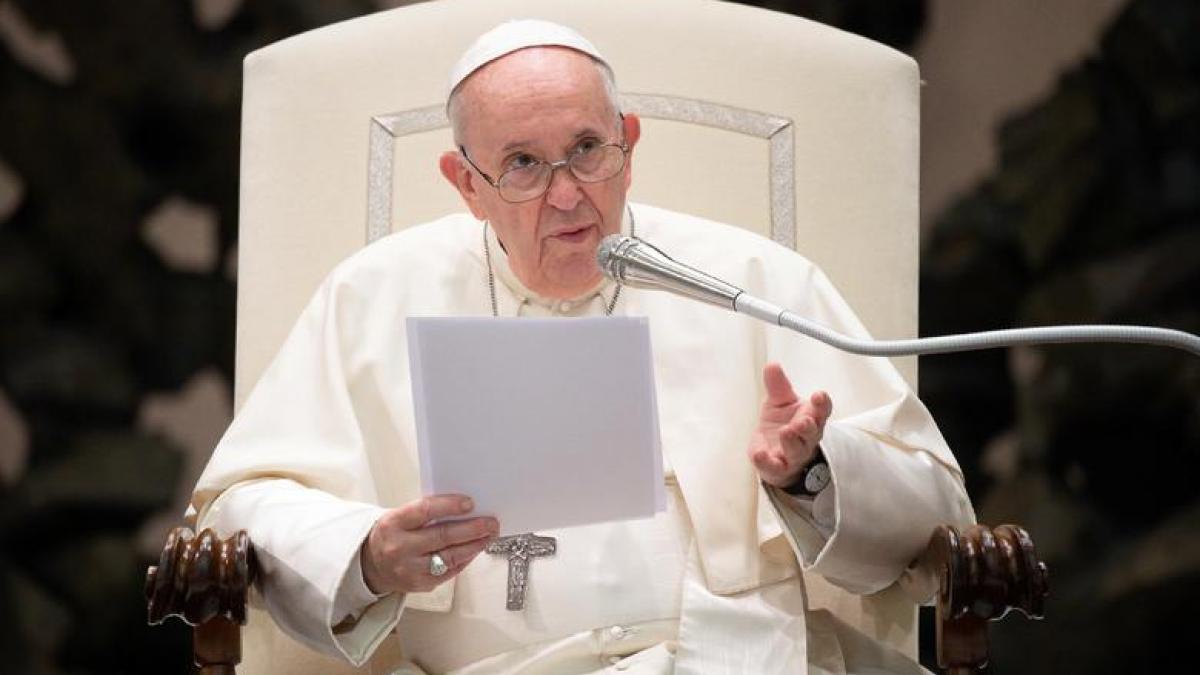 Pope Francis prayed on Sunday for an end to the “sacrilegious ” war in Ukraine and for the world to show kindness and compassion to refugees as he concluded a two-day visit to Malta that was dominated by his concern for the devastation unleashed by Russia’s invasion.

Though short, the trip has been particularly taxing for the 85-year-old pontiff, who is suffering from painful strained right knee ligaments. He struggled repeatedly on Sunday to get out of his chair and his limping gait from sciatica was so pronounced that he frequently had to grab onto the arm of an aide. Francis opened his second and final day in Malta by visiting the Grotto of St. Paul in Rabat, where the Apostle Paul stayed after being shipwrecked off Malta en route to Rome in AD 60. According to the biblical account of the period, the Maltese people showed Paul unusual kindness, and he responded by preaching and healing, bringing Christianity to the islands.

Francis has used his visit to Malta to drive home his call for Europe to show the same welcome to migrants and refugees that the Maltese showed. Paul. He has expanded that message to express his gratitude for the welcome Europe has shown Ukrainian refugees fleeing the Russian war and his hope that same generosity could be extended to others.

“No one knew their names, their place of birth or their social status; they knew only one thing: that these were people in need of help,” Francis said in a prayer in the grotto. “Help us to recognize from afar those in need, struggling amidst the waves of the sea, dashed against the reefs of unknown shores.” Current-day Malta has long been at the heart of the European debate on refugee policy. The country of a half-million is frequently criticized by humanitarian aid groups for refusing to let rescue ships dock at its ports; The government argues it has one of the EU’s highest rates in processing first-time asylum applications relative to the population, and says other, bigger European countries should do more to shoulder the burden. Just this week, a German aid group urged Malta to take in 106 migrants rescued off Libya; Malta demurred and on Saturday the mayor of Palermo, Sicily, said the city was ready to welcome them.

Upon arriving in Valletta on Saturday, Francis thanked Malta for the welcome it has shown newcomers, and blasted as “sordid” the European Union policy that trains the Libyan coast guard to return smuggled migrants back to shore. Human rights groups have documented gross abuses at the Libyan detention centers where the returned migrants are then housed.

After praying at the St. Paul Grotto, Francis celebrated an outdoor Mass in Valletta and planned an afternoon visit to a shelter run by volunteers that can house around 50 migrants and provide them with educational and medical services. At the end of Mass, Francis asked for prayers for peace in Ukraine, a day after he blasted Russia’s invasion as “infantile” and based on “anachronistic claims of nationalistic interests.” He urged the faithful to “think of the humanitarian tragedy unfolding in the martyred Ukraine, which continues to be bombarded in this sacrilegious war. May we be tireless in praying and in offering assistance to those who suffer.” The Mass drew an estimated 20,000 people, many of them waving the yellow and white flags of the Holy See and a few Ukrainian ones. Among them was Alina Shcherbyna, a 25-year-old Ukrainian who arrived in Malta just over a week ago after fleeing her bombed-out home in Dnipro, leaving behind her parents, who are both doctors and had to remain.

An Orthodox Christian, she said she was attending the Mass to accompany the Maltese host family who took her in after a solo train and bus journey that took her to Poland, Germany and the Netherlands before she flew to Malta on the advice of a friend. Carrying Ukrainian and Vatican flags, Shcherbyna said she wanted to ask the pope and the world for prayers for Ukraine, saying she still can not believe what has happened in the matter of a few weeks.

“At school we were studying a lot about the Second World War, about bomb shelters and about this disaster, and we thought it was impossible in present time. We thought it had ended in 1945 and that was it. But now, it’s really shocking for all of us, “she said.

Shcherbyna expressed gratitude for the welcome she had received in Malta. “I think it’s a nice place to be to recover after all of this, because of the sun, the sea and the people are really nice here to me. It’s very good.”