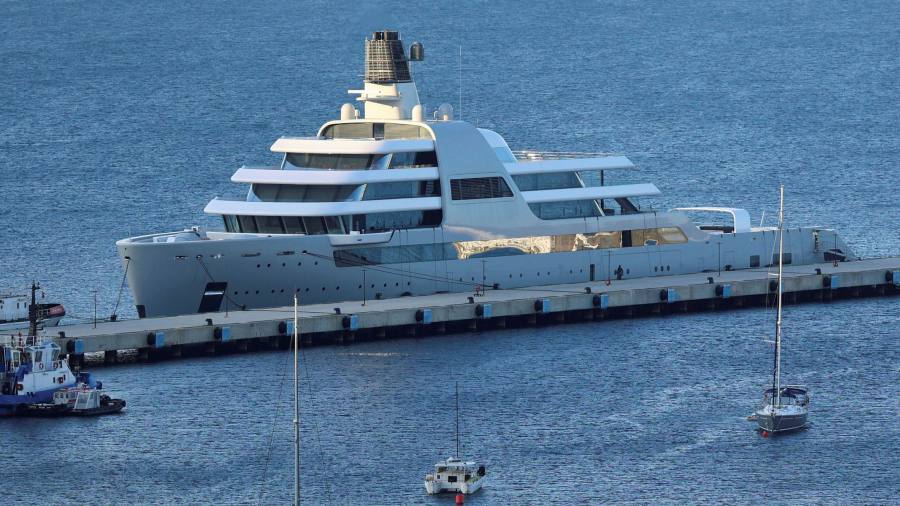 A yacht valued at almost half a billion dollars that is reportedly owned by Roman Abramovich has left a Turkish marina after the Financial Times reported lawyers’ views that the UK-listed operator of the port risked violating sanctions by harboring the vessel.

Global Ports Holding, a ports operator that is listed on the London Stock Exchange, said on Sunday that it would not take berthing fees from the vessel after lawyers told the FT that the company was at risk of violating UK sanctions.

It insisted, however, that it was not guilty of breach sanctions because the yacht was berthed outside the UK and the company had no right to turn away a boat from the Bodrum port, which is owned by the Turkish state.

The decision by the company, whose co-founder and chair is Turkish, to forgo fees for providing a berth to Solaris appeared to be an attempt to protect itself from the accusation of accepting funds from an individual or entity under sanctions.

Scrutiny of the company highlights the challenges facing international businesses as they grapple with the fallout from sweeping western sanctions against Russia.

Solaris, which was completed last year and boasts a helipad and swimming pool, is worth $ 474mn according to yacht data service VesselsValue. It arrived in Turkey last month after skirting EU waters in an apparent effort to avoid being seized by European authorities.

While information on the ultimate owner of the yacht is not publicly available, it has been widely reported as belonging to Abramovich.

The Russian billionaire was among a group of Russian oligarchs targeted by UK and EU sanctions last month as western governments widened their efforts to punish Russian president Vladimir Putin and his allies over the invasion of Ukraine.

The 55-year-old owner of Chelsea Football Club has also been playing a role as a mediator in peace talks between Kyiv and Moscow.

Another ship linked to Abramovich, the 163-meter Eclipse, is moored in the Turkish port of Marmaris.

The FT reported last week that Solaris and Eclipse were among a fleet of five yachts linked to Abramovich that together are worth almost $ 1bn.