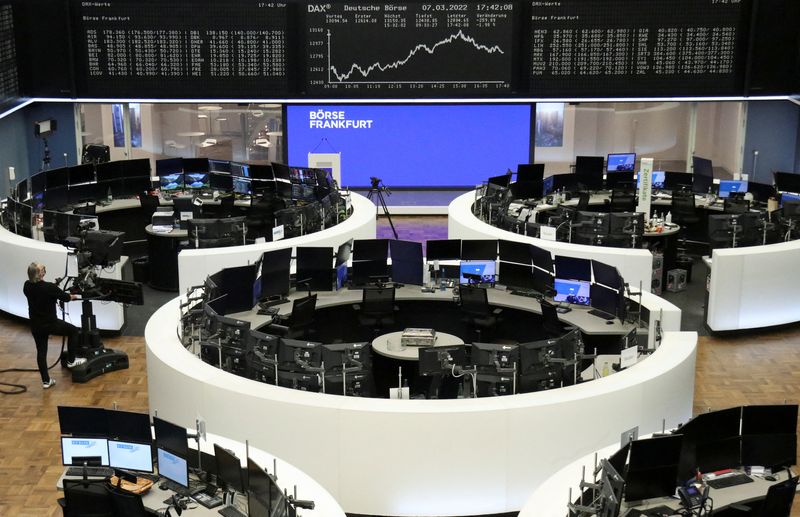 A look at the day ahead in markets from Saikat Chatterjee

Is this 2000? Or 2006 or even 2019? Financial markets in the last two weeks have had analysts reaching for the history books to explain a vigorous stock market rally and rising short-dated government bond yields.

And while some of the analyzes may get lost in the blizzard of impressive milestones notched up by commodities and bonds in the first quarter of 2022, one thing is clear: this has the classic indicators of a late cycle economic expansion.

A period when economic growth is strong but slowing and inflation is high forcing policymakers to squeeze the monetary spigots means only one thing: time to load up on quality names.

Despite the 11% rise in world stocks in the last two weeks, utilities and healthcare names have outperformed the wider index. Even in credit markets where a high yield bond market rally has dominated headlines, the top gainers are defensive telecoms and utility names, according to BofA.

That trend shows no signs of slowing in the early days of April. Two-year US Treasury yields hit their highest levels in three years at 2.4950%, pushing the dollar higher while an index of Asian stocks paused after recent gains.

A strong monthly US jobs report on Friday and hawkish comments by US policymakers has prompted traders to price in a 73% probability of a 50 basis points rate hike in May. The last time the Fed hiked rates by that quantum was in the tech-mania days of May 2000.

European and US stock futures are slightly higher.

Oil prices inched higher on Monday as worries about tight supply persisted even as investors eyed the release of supplies from strategic reserves from consuming nations and a truce in Yemen sparked hopes that supply issues in the Middle East could abate. [O/R]

Key developments that should provide more direction to markets on Monday:

Germany’s defense minister said on Sunday that the European Union must discuss banning the import of Russian gas after Ukrainian and European officials accused Russian forces of committing atrocities near Kyiv.