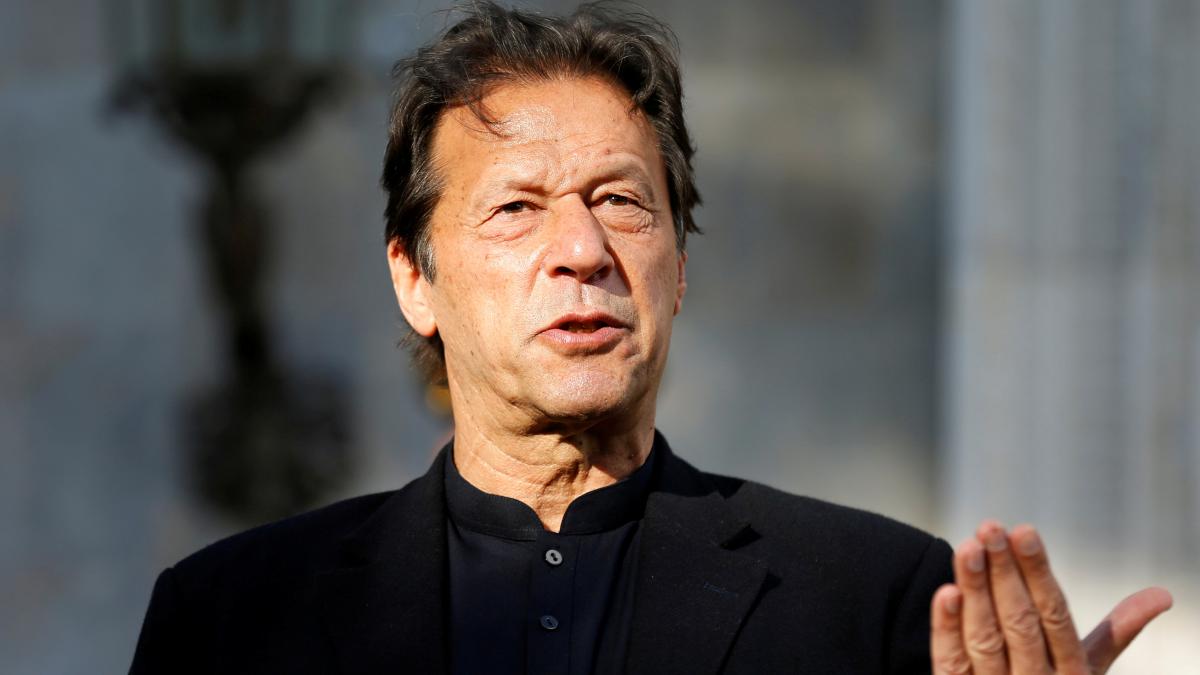 Pakistan Prime Minister Imran Khan blocked a no-confidence vote he looked sure to lose on Sunday and advised the president to order fresh elections, fueling anger among the opposition and deepening the country’s political crisis.

His actions have created huge uncertainty in Islamabad, with constitutional experts debating their legality and pondering whether Khan and his rivals can find a way forward.

The nuclear-armed nation of more than 220 million people lies between Afghanistan to the west, China to the northeast and nuclear rival India to the east, making it of vital strategic importance.

Since coming to power in 2018, Khan’s rhetoric has become more anti-American and he has expressed a desire to move closer to China and, recently, Russia – including talks with President Vladimir Putin on the day the invasion of Ukraine began.

At the same time, US and Asian foreign policy experts said that Pakistan’s powerful military has traditionally controlled foreign and defense policy, thereby limiting the impact of political instability.

Here is what the upheaval, which many expect to lead to Khan’s exit, means for countries closely involved in Pakistan:

Ties between Pakistan’s military intelligence agency and the Islamist militant Taliban have loosened in recent years.

Now the Taliban are back in power, and facing an economic and humanitarian crisis due to a lack of money and international isolation, Qatar is arguably their most important foreign partner.

“We (the United States) do not need Pakistan as a conduit to the Taliban. Qatar is definitely playing that role now,” said Lisa Curtis, director of the Indo-Pacific Security Program at the Center for a New American Security think- tank.

Tensions have risen between the Taliban and Pakistan’s military, which has lost several soldiers in attacks close to their mutual border. Pakistan wants the Taliban to do more to crack down on extremist groups and worries they will spread violence into Pakistan. That has started to happen already.

Khan has been less critical of the Taliban over human rights than most foreign leaders.

Khan has consistently emphasized China’s positive role in Pakistan and in the world at large.

At the same time, the $ 60-billion China-Pakistan Economic Corridor (CPEC) which binds the neighbors together was actually conceptualized and launched under Pakistan’s two established political parties, both of which want Khan out of power.

Opposition leader and potential successor Shehbaz Sharif struck deals with China directly as leader of the eastern province of Punjab, and his reputation for getting major infrastructure projects off the ground while avoiding political grandstanding could in fact be music to Beijing’s ears.

The neighbors have fought three wars since independence in 1947, two of them over the disputed Muslim-majority territory of Kashmir.

As with Afghanistan, it is Pakistan’s military that controls policy in the sensitive area, and tensions along the de facto border there are at their lowest level since 2021.

But there have been no formal diplomatic talks between the rivals for years because of deep distrust over a range of issues including Khan’s extreme criticism of Indian Prime Minister Narendra Modi for his handling of attacks on minority Muslims in India.

Karan Thapar, an Indian political commentator who has closely followed India-Pakistan ties, said the Pakistani military could put pressure on a new civilian government in Islamabad to build on the successful ceasefire in Kashmir.

The Sharif political dynasty has been at the forefront of several dovish overtures towards India over the years.

US-based South Asia experts said that Pakistan’s political crisis is unlikely to be a priority for President Joe Biden, who is grappling with the war in Ukraine, unless it led to mass unrest or rising tensions with India.

“We have so many other fish to fry,” said Robin Raphel, a former assistant secretary of State for South Asia who is a senior associate with the Center for Strategic and International Studies think-tank.

With the Pakistani military maintaining its behind-the-scenes control of foreign and security policies, Khan’s political fate was not a major concern, according to some analysts.

“Since it’s the military that calls the shots on the policies that the US really cares about, ie Afghanistan, India and nuclear weapons, internal Pakistani political developments are largely irrelevant to the US,” said Curtis, who served as former US President Donald Trump’s National Security Council senior director for South Asia.

She added that Khan’s visit to Moscow had been a “disaster” in terms of US relations, and that a new government in Islamabad could at least help mend ties “to some degree”.

Khan has blamed the United States for the current political crisis, saying that Washington wanted him removed because of the recent Moscow trip.