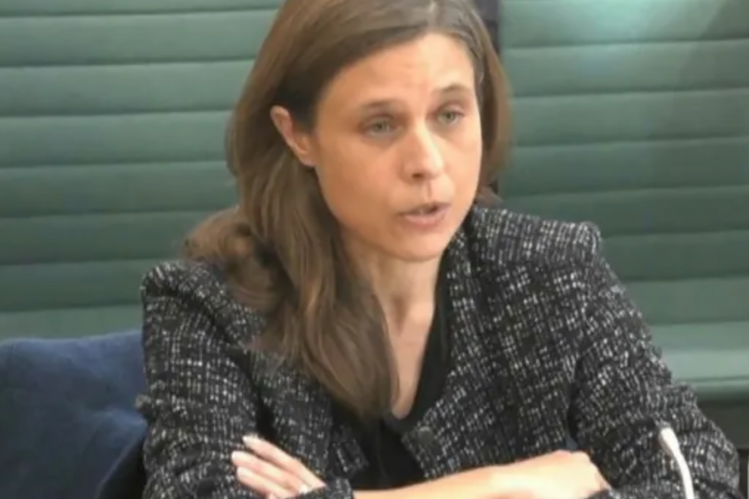 Politicians and the press are giving City law firms an unfair kicking over their links with Russia, according to some in the legal profession.

Lawyers have been called out in parliament for representing oligarchs in libel cases and acting for Russian clients facing sanctions. The City’s legal industry was blasted in a recent Times leader for its links to Vladimir Putin’s regime.

However, the sentiment has pushed some lawyers to argue that the sector is getting unfairly targeted amid the fallout from Russia’s invasion of Ukraine. There is a feeling among some in the legal industry that journalists and politicians have been scoring easy points from lawyer-bashing since the Russian invasion, they say.

One Magic Circle partner who spoke to UN attacked the treatment of their firm by the press, while a US law firm partner dismissed some of the criticism as “populist” posturing.

President of the Law Society of England and Wales, I Stephanie Boyce, also hit back against attacks on lawyers.

“It is dangerous to seek scapegoats and single out British lawyers,” Boyce wrote in a March 24 letter to the Times.

A City lobbyist told UN: “There is a sense from some in the legal profession that lawyers have had a bit of a rough ride.”

Libel lawyers have been repeatedly criticized in recent weeks by MPs and the media for working with Russian oligarchs suing journalists in British courts.

“We have kleptocrats and criminals and oligarchs intimidating a free media,” Conservative MP Bob Seely told the House of Commons on March 1, naming lawyers who had acted for Russian clients suing publisher HarperCollins over journalist Catherine Belton’s book Putin’s People.

HarperCollins was saddled with legal fees of nearly £ 1.5m fighting cases brought by oligarchs named in the book.

“No matter how good the sourcing is on some of these claims, and no matter how great the public interest, the cases are just too expensive to defend,” Belton told the foreign affairs select committee on 15 March.

The government launched an emergency consultation on March 17 on a potential overhaul to rules around so-called strategic lawsuits against public participation – Slapps – which are designed to intimidate critics. This could include reforms to legal costs in such cases.

“We have said we will be participating in that [consultation], ”A spokesperson for the Law Society said. “There is a view in the wider profession that reform could be done there.”

However, the spokesperson also said the current controversy over libel law was coloring the wider perception of City law firms and lawyers.

“There is a conflict of two things. One is this issue around Slapps – the use of the English jurisdiction to chill free speech. The other is the point about law firms that had established themselves in Moscow, ”a Law Society spokesperson said.

Globalization is not a dirty word

Western law firms have announced they will exit Russia en masse since President Putin’s attack on Ukraine on 24 February.

Linklaters on March 4 was the first major western law firm to say it would leave Russia, triggering a flood of others to exit. On 14 March Dentons became the last of the major international law firms to announce its withdrawal.

Those arguing the law firms’ corner say that their conduct before and after the Russian invasion of Ukraine should be treated differently.

Palmer, who was HSF’s chair and senior partner between 2015 and 2021, said firms take cues from the government about where they do business.

“Law firms or accountancy firms or banks do not have the time to be the Foreign Office as well as running our firms,” ​​he said.

“Engagement with Russia, building economic ties, and working towards welcoming Russia into a global conversation has been the policy of multiple governments and has been actively encouraged,” the City lobbyist noted.

Palmer said that Russia’s invasion of its neighbor did not mean firms were wrong to be there in the first place.

“Reacting to Russia’s invasion of Ukraine is absolutely right, but it’s different from saying ‘oh God we got this all wrong before,'” he said.

Lawyers remain in the spotlight

But whether or not the sector has received a bum deal, the focus on lawyers and law firms for their Russia links remains.

Hermitage Capital chief executive and longtime Putin critic Bill Browder said in a March 23 interview with FN that lawyers and law firms who had acted for the Russian state should be called out.

“Those people should be named and they should be shamed,” he said. “Anyone who has enriched themselves acting as aggressive agents, as attack dogs, for Vladimir Putin should be ashamed of themselves and others should take note.”

Some may feel the legal industry is facing unfair criticism over its work for Russian clients, but with feelings over Putin’s invasion of Ukraine still running high, there is no sign the spotlight is going to shift from the sector any time soon.

To contact the author of this story with feedback or news, email James Booth