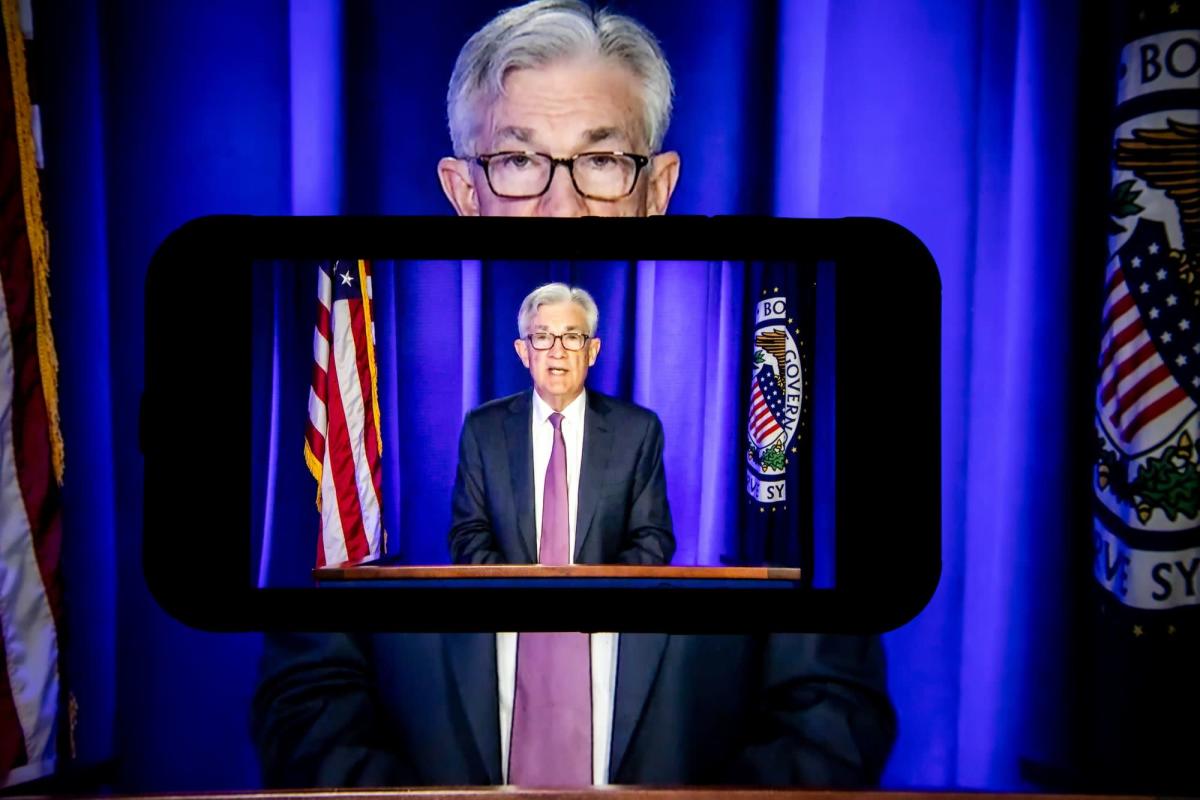 (Bloomberg) – The Federal Reserve signaled it will reduce its massive bond holdings at a maximum pace of $ 95 billion a month, further tightening credit across the economy as the central bank raises interest rates to cool the hottest inflation in four decades.

Minutes of their March meeting released Wednesday also showed that “many” officials would have favored raising rates by a half-percentage point last month – but deferred to a quarter-point move in light of Russia’s invasion of Ukraine – and viewed one or more half-point increases as possibly appropriate going forward if price pressures fail to moderate.

They proposed shrinking the Fed’s balance sheet at a maximum monthly rate of $ 60 billion in Treasuries and $ 35 billion in mortgage-backed securities, which is nearly double the peak rate of $ 50 billion a month the last time the Fed trimmed its balance sheet from 2017 to 2019.

“Participants also generally agreed that the caps could be phased in over a period of three months or modestly longer if market conditions warrant,” minutes of the March 15-16 Federal Open Market Committee meeting said.

The FOMC is expected to approve the balance-sheet reduction at its next gathering May 3-4. The roadmap for shrinking the balance sheet came via a staff presentation to officials.

“Participants agreed they had made substantial progress on the plan and that the Committee was well placed to begin the process of reducing the size of the balance sheet as early as after the conclusion of its upcoming meeting in May,” the minutes said.

Long-term Treasury yields oscillated as investors digested the minutes, with the gap between 2- and 10-year yields extending a steepening move on the day. The S&P 500 index pared losses.

The move to reduce the balance sheet will extend a sharp pivot toward fighting inflation, as the Fed was buying bonds as recently as last month as it attempted a smooth wind-down of pandemic support.

US central bankers raised interest rates by a quarter percentage point at the March meeting, lifting them from near zero where they had been held since March 2020 as the pandemic spread. They signaled a further six such moves this year to cool the hottest inflation in four decades. Shrinking the size of their balance sheet, which ballooned to $ 8.9 trillion as they aggressively bought bonds to shield the economy from Covid-19, will also help tighten financial conditions.

“Many participants noted that one or more 50 basis point increases in the target range could be appropriate at future meetings, particularly if inflationary pressures remained elevated or intensified,” the minutes said, adding that participants judged that it would be appropriate to move the stance of monetary policy toward a neutral posture expeditiously. ”

“The $ 95 billion in runoff is in line with what the market was thinking and it means they do not have to resort to outright sales,” said Karl Haeling, capital markets director at German bank LBBW in New York. Now markets will position around how many 50 base points they will do this year with the perception that “there is a rush to get to neutral because they are so far behind.”

The neutral rate is a theoretical level that neither speeds up nor slows down economic activity and is estimated to lie around 2.4%, according to the median estimate of officials released at the meeting. Officials “also noted that, depending on economic and financial developments, a move to a tighter policy stance could be warranted,” the minutes said.

Policy makers since then have said they could move more rapidly on policy, after Russian’s invasion of Ukraine sent food and energy prices soaring, with Chair Jerome Powell declaring that a half-point increase was on the table if needed for their May 3-4 policy meeting.

“Fifty base point rate hikes are in fact on the table and more than one of them is in fact possible,” Seth Carpenter, chief global economist at Morgan Stanley, told Bloomberg Television. “But what we did not do here in the minutes is that they were set up to do 50 basic points at every meeting. That super-hawkish outcome has been ruled out. The Fed is still in a little bit of a balancing act. “

Investors have priced in the possibility of more than seven rate increases in 2022 as inflation pressures spread, and see a high chance the Fed will raise rates by a half point next month. The total hikes for all of 2022 edged lower, though with still over eight quarter point hikes priced in.

The consumer price index soared 7.9% in February, the most since 1982. The Fed’s 2% inflation target is based on a separate measure, the personal consumption expenditures price index, which rose 6.4% in the 12 months through February. meanwhile, US labor markets remain strong with the unemployment rate dipping to 3.6% last month as employers added 431,000 jobs.