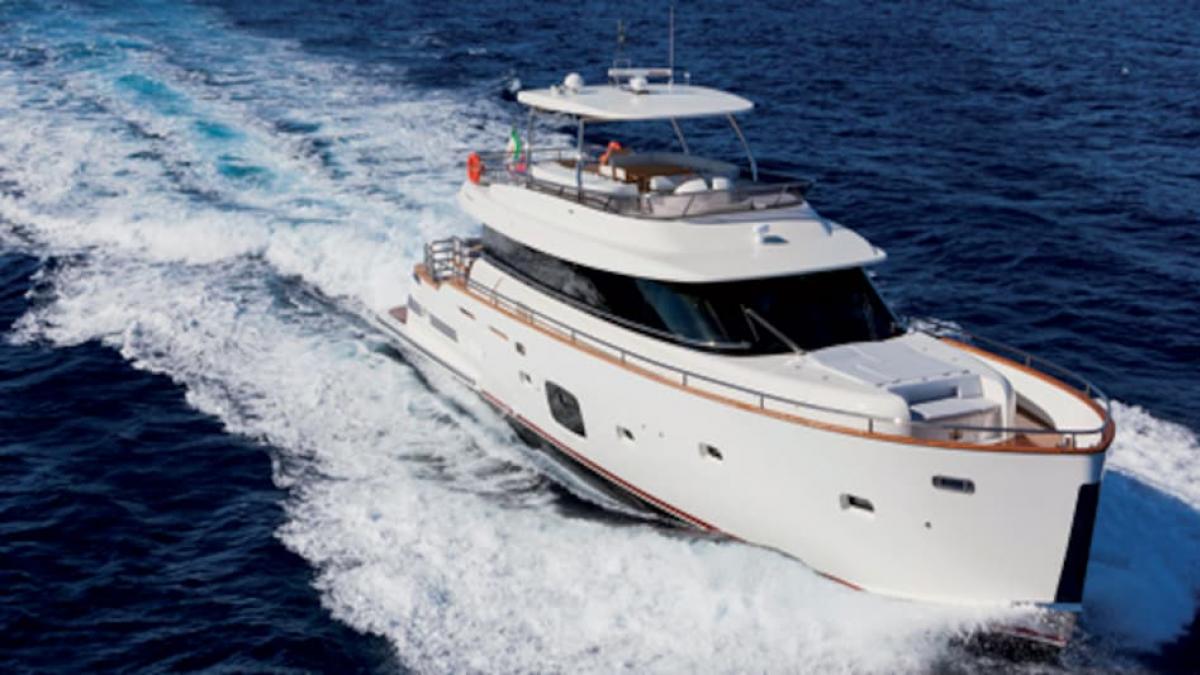 Here’s why this country shelters yachts of sanctioned Russian oligarchs

A day after coal and fertilizer billionaire Andrey Melnichenko was placed on the European Union’s sanctions list on March 9, his superyacht Motor Yacht A stopped broadcasting its location while in Maldives’ waters, maritime data shows.

In Italy, four days later, authorities seized another of Melnichenko’s vessels- the world’s largest sailing yacht, estimated by Italian financial police to be worth $ 578 million.

Switching off devices that allow authorities to track a ship’s whereabouts can help keep yachts out of their sight.

But in Maldives, the chances of action against the property of sanctioned oligarchs are in any case slim, according to interviews with a dozen people familiar with internal discussions about how to respond to US and European financial sanctions, including government ministers, diplomats and experts in the country’s superyacht industry.

The cautious approach by authorities in Maldives to enforcing the sanctions imposed after Russia’s invasion of Ukraine means that the Indian Ocean island nation has emerged as an attractive destination for yacht-owning Russian oligarchs.

Melnichenko’s vessel is one of six Russian-linked yachts that have glided between Maldives’ atolls, southwest of India, since Western nations hit some oligarchs with sanctions in response to the Feb 24 invasion.

Three of the yachts obscured their live locations, changed reported destinations or moved into international waters, according to data supplied by MarineTraffic, a marine analytics provider.

The idea of ​​seizing yachts is “far-fetched,” because Maldives legal system is not robust enough, the country’s chief prosecutor, Hussain Shameem, said in an interview, adding that authorities could not easily confiscate visiting vessels unless a crime was committed under local law.

Requests for comment about the deactivating of Motor Yacht A’s location devices and its current ownership status, sent to Melnichenko’s spokesperson as well as his charitable foundation, fertilizer producer EuroChem Group and coal company SUEK – two companies he resigned from in March – went unanswered.

Last month, his spokesperson told Reuters the businessman would dispute the sanctions, adding that he had no political affiliations.

The 119-meter (390-foot) Motor Yacht A features crystal furniture and three swimming pools, photos released by its builder show, and it has been valued in specialist boating publications at $ 300 million. Melnichenko’s wife has said she was involved in the interior design.

A spokesperson for Melnichenko in 2017 acknowledged in a statement to the BBC that the sailing yacht belonged to his boss. Both vessels were styled by Philippe Starck, the renowned French designer.

The situation in Maldives underscores the difficulty Western powers face in choking off the wealth of oligarchs targeted by sanctions over Russia’s invasion of Ukraine, as several nations around the world still offer safe havens, the sources consulted by Reuters in Maldives said.

The United States, Britain and the European Union introduced wide-reaching sanctions against Russian President Vladimir Putin, lawmakers and businessmen in the wake of the invasion, which Moscow calls a special military operation aimed at the “demilitarization” and “denazification” of Ukraine.

European countries have seized property including villas and boats, with authorities confiscating at least six vessels they say belong to some of the dozens of oligarchs hit by sanctions.

Peter Stano, a spokesperson for the European Commission, said the sanctions were not binding on non-EU members or non-aligned states such as the Maldives though he called on all countries to adhere to them.

Maldives voted to condemn Russia’s invasion at the United Nations and publicly maintains it will assist international efforts against sanctioned Russians.

In reality, officials say they are concerned about the economic impact of deterring wealthy Russian visitors.

With its powder-white beaches and some 1,200 islands, the majority uninhabited, Maldives is a favorite destination of the super-rich.

From a backwater with scant natural resources beyond tuna and coconuts, tourism propelled it to a middle-income country over the past three decades. It has a GDP per capita before the pandemic of more than $ 10,000 the highest in South Asia.

Tourism accounts for about a third of the $ 5.6 billion economy. Russians have a higher than average spend and made up by far the largest number of arrivals in January, the last month before the Ukraine invasion, tourism ministry data shows.

Since then, Russian arrivals have fallen 70%, Tourism Minister Abdulla Mausoom said. He wants that to be reversed.

“Our entrance policy is very open. Maldives is an open country,” he said.

“Nobody Can Touch Them”

Hannan said the yachts’ costs typically run at hundreds of thousands of dollars a week and that around half his customers are Russians. Like other superyacht owners, they often winter in the Indian Ocean and spend the summer season in Europe, he said.

Hannan said he has met some Russian owners aboard their superyachts since sanctions were announced, describing them as “humble, normal people” passing through a difficult moment. He did not say if the people were under sanctions.

“For the time being, they are trying to keep the yachts in international waters,” where they can potentially idle for months at a time, he said.

“Then, nobody can touch them.”

He declined to name the clients, citing confidentiality.

A spokesperson for Maldives’ customs authority, which monitors maritime traffic in its waters, did not respond to a request for comment on the number of Russian-owned yachts currently present.

While Maldives’ institutions would find it difficult to ignore a warning by the US Treasury that failing to confiscate Russian assets would affect its access to US financial markets, such a message has not been sent, said an official familiar with Maldives international financial arrangements.

Asked about locations including Maldives, Andrew Adams, head of a US taskforce aiming to freeze oligarchs’ assets, told Reuters that Washington was seeing cooperation “at an all time high,” even as oligarchs try to hide yachts, planes or other mobile property in countries they believe to be secretive.

However, forcing politically unstable and financially constrained Maldives to make a hard choice over sanctions could drive it closer to China, two Western diplomats said. A previous government had strengthened relations with Beijing though relations with the West and traditional ally India are now improving.

“We’re cognizant of the economic risks that are entailed,” for Maldives if it takes a hard line, one of the diplomats said.

A day after coal and fertilizer billionaire Andrey Melnichenko was placed on the European Union’s sanctions list on March 9, his superyacht Motor Yacht A stopped broadcasting its location while in Maldives’ waters, maritime data shows. In Italy, four days later, authorities seized another of Melnichenko’s vessels- the world’s largest sailing yacht, estimated by Italian…