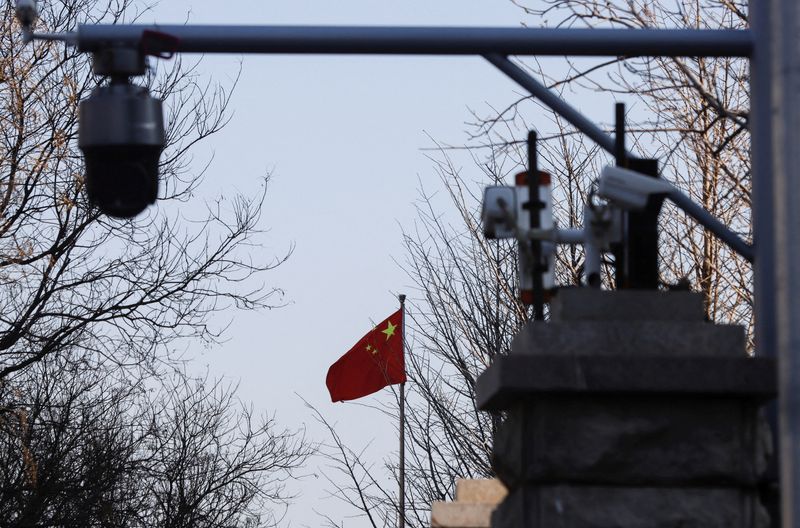 According to more than 50 publicly available documents examined by Reuters, dozens of entities in China have over the past four years bought such software, known as “one person, one file”. The technology improves on existing software, which simply collects data but leaves it to people to organize.

“The system has the ability to learn independently and can optimize the accuracy of file creation as the amount of data increases. (Faces that are) partially blocked, masked, or wearing glasses, and low-resolution portraits can also be archived relatively accurately, ”according to a tender published in July by the public security department of Henan, China’s third-largest province by population.

Henan’s department of public security did not respond to requests for comment about the system and its uses.

The new software improves on Beijing’s current approach to surveillance. Although China’s existing systems can collect data on individuals, law enforcement and other users have been left to organize it.

Another limitation of current surveillance software is its inability to connect an individual’s personal details to a real-time location except at security checkpoints such as those at airports, according to Jeffrey Ding, a postdoctoral fellow at Stanford’s Center for International Security and Cooperation.

One person, one file “is a way of sorting information that makes it easier to track individuals,” said Mareike Ohlberg, a Berlin-based senior fellow at the German Marshall Fund.

China’s Department of Public Security, which oversees regional police authorities, did not respond to a request for comment about one person, one file and its surveillance uses. Besides the police units, 10 bids were opened by Chinese Communist Party bodies responsible for political and legal affairs. China’s Central Political and Legal Affairs Commission declined to comment.

The tenders examined by Reuters represent a fraction of such efforts by Chinese police units and Party bodies to upgrade surveillance networks by tapping into the power of big data and AI, according to three industry experts interviewed for this story.

According to government documents, some of the software’s users, such as schools, wanted to monitor unfamiliar faces outside their compounds.

The majority, such as police units in southwestern Sichuan province’s Ngawa prefecture, mainly populated by Tibetans, ordered it for more explicit security purposes. The Ngawa tender describes the software as being for “maintaining political security, social stability and peace among the people.”

Ngawa’s department of public security did not respond to requests for comment.

Beijing says its monitoring is crucial to combating crime and has been key to its efforts to fight the spread of COVID-19. Human rights activists such as Human Rights Watch say that the country is building a surveillance state that infringes on privacy and unfairly targets certain groups, such as the Uyghur Muslim minority.

The Reuters review shows that local authorities across the country, including in highly populated districts of Beijing and underdeveloped provinces like Gansu, have opened at least 50 tenders in the four years since the first patent application, 32 of which were opened for bidding in 2021. Twenty-two tech companies, including Sensetime, Huawei, Megvii, Cloudwalk, Dahua, and the cloud division of Baidu (NASDAQ :), now offer such software, according to a Reuters review.

Sensetime declined to comment. Megvii, Cloudwalk, Dahua, and the cloud division of Baidu did not respond to requests for comment.

Huawei said in a statement that a partner had developed the one person, one file application in its smart city platform. The company declined to comment on the patent applications.

“Huawei does not develop or sell applications that target any specific group of people,” the company said.

The documents Reuters reviewed span 22 of China’s 31 main administrative divisions, and all levels of provincial government, from regional public security departments to Party offices for a single neighborhood.

The new systems aim to make sense of the giant troves of data such entities collect, using complex algorithms and machine learning to create customized files for individuals, according to government tenders. The files update themselves automatically as the software sorts data.

A wide range of challenges can complicate implementation, however. Bureaucracy and even cost can create a fragmented and disjointed nationwide network, three AI and surveillance experts told Reuters.

Reuters found announcements for successful bids for more than half of the 50 procurement documents analyzed, with values ​​between a few million yuan and close to 200 million yuan.

China blanketed its cities with surveillance cameras in a 2015-2020 campaign it described as “sharp eyes” and is striving to do the same across rural areas. The development and adoption of the “one person, one file” software began around the same time.

Ohlberg, the researcher, said the earliest mention she had seen of one person, one file was from 2016, in a 200-page surveillance feasibility study by Shawan county in Xinjiang, for acquiring a computer system that could “automatically identify and investigate key persons involved in terrorism and (threatening social) stability. ” A Shawan county official declined to comment.

In 2016, China’s domestic security chief at the time, Meng Jianzhu, wrote in a state-run journal that big data was the key to finding crime patterns and trends. Two years later, the system was referenced in a speech to industry executives given by Li Ziqing, then-director of the Research Center for Biometrics and Security Technology of the state-run Chinese Academy of Sciences. Li also was chief scientist at AuthenMetric, a Beijing-based facial recognition company. Neither the research center nor AuthenMetric responded to requests for comment.

“The ultimate core technology of big data’s (application to) security is one person, one file,” Li said in the 2018 speech at an AI forum in Shenzhen, according to a transcript of the speech published by local media and shared on AuthenMetric’s WeChat public account.

The Party’s Political and Legal Affairs Commission, which Meng led in 2016, declined to comment. Meng could not be reached for comment. Li did not respond to a request for comment.

The industry developed quickly. By 2021, Huawei, Sensetime, and 26 other Chinese tech companies had filed patent applications with the World Intellectual Property Organization for file archiving and image clustering algorithms.

A 2021 Huawei patent application for a “person database partitioning method and device” that mentioned one person, one file said that “as smart cameras become more popular in the future, the number of captured facial images in a city will grow to trillions per year ”.

The 50 tenders Reuters analyzed give varying amounts of detail on how the software would be used.

Some mentioned “one person, one file” as a single entry on a list of needed items for surveillance systems. Others gave detailed descriptions.

Nine of the tenders indicated the software would be used with facial recognition technology that could, the documents specified, identify whether a passerby was Uyghur, connecting to early warning systems for the police and creating archives of Uyghur faces.

One tender published in February 2020 by a Party organ responsible for an area in the southeastern island province of Hainan, for instance, sought a database of Uyghur and Tibetan residents to facilitate “finding the information of persons involved in terrorism.”

The Hainan authorities did not respond to a request for comment.

More than a dozen tenders mention the need to combat terrorism and “maintain stability”, a catch-all term that human rights activists say is often used to mean repressing dissent.