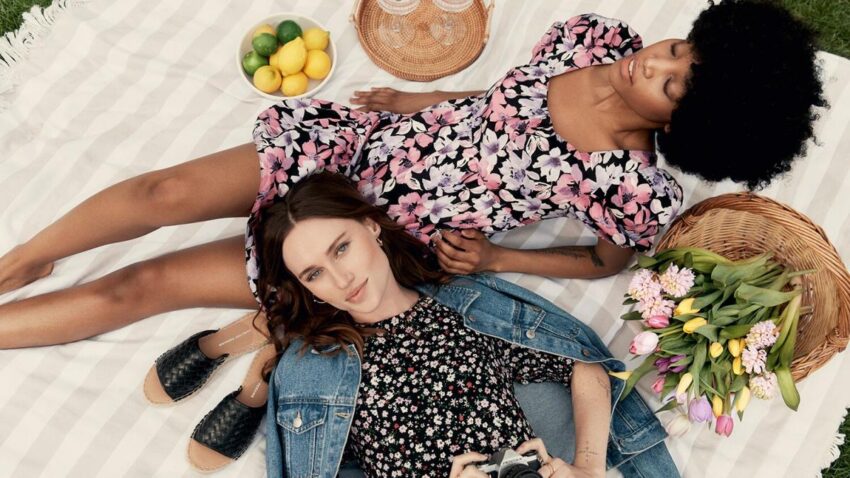 The boss of Boohoo has insisted that its new “model factory” will be a profitable production site rather than just a showroom as Debenhams, Dorothy Perkins and Wallis clothes are being made in the UK again after moving offshore almost three decades ago.

Boohoo opened its first factory in Leicester in January, two years after the online retailer was engulfed in a scandal over the poor treatment of workers in the city’s factories. The multimillion-pound site, a former VW garage on Thurmaston Lane, has been designed to show “best in class” standards, including training schemes for workers, who are paid above the minimum wage and are entitled to the same holidays and benefits as others Boohoo staff.

John Lyttle, 55, chief executive, said on a tour of the site that more of Boohoo’s newly acquired brands would be made in the factory as it focused on training workers to produce more complicated designs on recycled polyester, rather than just the simple jersey dresses Leicester’s textile factories typically churn out.

“This site will have its own profit and loss account, it is charged rent, it has to be a commercial operation,” Lyttle said. “I can remember as a young buyer you would come to Leicester for socks and knitwear, it was a huge textile industry but when everything shifted overseas it was decimated. This site will show that Leicester does have a great future. ”

Boohoo says the major advantage of UK manufacturing is speed, with the ability to produce items in just two weeks from design and one week on a repeated order. This contrasts with the six-month lead times that high street brands typically have with overseas suppliers.

Lyttle said: “We have bought some great British retail names in the past two years but the fact is they were not making in Britain. We are going to be making them in Britain and 40 per cent of those clothes in the UK are sold internationally, so we’ll be exporting again. ”

“I think we’ll see more companies shift to UK and European manufacturing, everything that we’ve seen over the past two years and even in the past week with Chinese lockdowns has heightened the importance of being closer to home. Shipping delays have improved since the peak of the crisis but container prices are still very high. ”

Boohoo was founded in 2006 by Carol Kane and Mahmud Kamani and floated in 2014 with a £ 560 million valuation when it was making £ 110 million sales. Since acquiring brands, including PrettyLittleThing, Debenhams, Coast, Oasis, and Warehouse, it made just shy of £ 2 billion in sales last year.

Kane, told The Times, that she believed investors had moved on from the company’s Leicester scandal and been reassured by its overhaul of its supply chain and independent review by Sir Brian Leveson. “We were made an example of, and now we are setting an example for British manufacturing. Someone had to. ”

Lyttle said that while its new strict audit processes meant it had culled about 400 factories to around 70 it was still producing the same volume of goods from Leicester because it was now working with bigger factories that were able to take on more work, rather than the unauthorized subcontracting that had been taken place. “We have committed to British manufacturing when others have run for the hills”, he added.

The new factory, which has about 100 employees, currently produces 6,000 garments a week and will reach 20,000 when a second shift is introduced. As well as sewing and cutting it also has two high-tech printing machines that can produce 40,000 graphic printed T-shirts a week.

Boohoo’s share price has fallen by three-quarters in the past year to 86¾p, down 2½p, or 2.7 per cent, tonight, valuing the business at £ 1.12 billion, significantly below the level in July 2020 when £ 1 billion was wiped off the company after it emerged that some Leicester workers were being paid as little as £ 3.50 an hour.

Kane said: “I think investors are kicking the tires of all ecommerce companies, everyone is caught in it and we keep getting hit, if anyone else misses, we get hit. There’s also short [sellers] now. But I know that this is a better business than it was two years ago. ”

The boss of Boohoo has insisted that its new “model factory” will be a profitable production site rather than just a showroom as Debenhams, Dorothy Perkins and Wallis clothes are being made in the UK again after moving offshore almost three decades ago. Boohoo opened its first factory in Leicester in January, two years after…