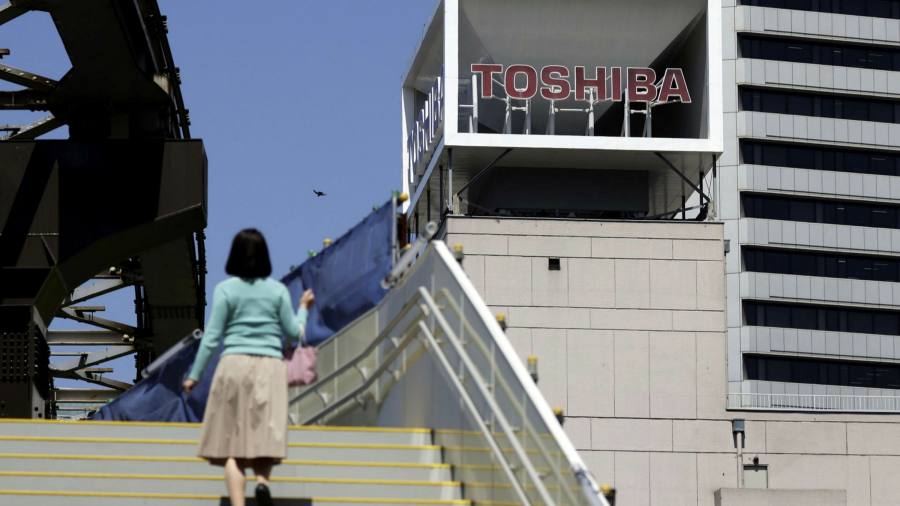 Shares in Toshiba rose on Friday after the Japanese conglomerate said it would set up a special committee to assess potential bids from private equity and other investors, opening the door for a landmark deal to take one of the country’s biggest industrial names private.

The committee is likely to receive its first proposal from Bain Capital, the US private equity firm that last week secured qualified support for a buyout deal from Toshiba’s largest shareholder, Singaporean investment fund Effissimo.

People close to the situation said Bain’s preparations for a bid were in an advanced stage, but they also noted the significant political and technical challenges of taking private a 146-year-old brand whose business areas stretch from infrastructure and refrigerators to nuclear power and defense .

People close to several big PE funds that are likely to be involved in discussions with Toshiba said that, given the sensitivity around some of its core businesses, any buyout deal hoping to succeed would need a significant Japanese contingent among its investors.

Toshiba’s Tokyo-listed shares jumped almost 4 per cent on Friday following the committee’s announcement, before falling back slightly to trade 1.8 per cent higher.

People close to Toshiba said that while there were strong divisions on the matter within the company, a growing number of senior figures had concluded that a take-private deal might provide the best route to resolving years of business turmoil and deepening deadlock with activist shareholders.

The announcement by Toshiba, which has a market value of about $ 17bn, came late on Thursday night and followed a sharp escalation of pressure for such a move from big investors and a letter sent on Wednesday to the Toshiba board by the company’s second-largest shareholder, 3D Investment Partners.

The decision by Toshiba’s board fired the starting gun on what the company’s more vocal investors hope will be a spirited battle between rival investment consortiums. A strategic review committee convened last year discussed potential buyout deals with PE firms including KKR, Blackstone and Brookfield.

Those talks, which were viewed as inadequate by some investors, avoided the issue of price and the committee concluded in November that none of the suggestions from PE firms was more attractive than the idea of ​​splitting Toshiba into three companies – a plan that was swiftly abandoned after strong disapproval from shareholders.

The new committee, which Toshiba said would “engage with potential investors and sponsors and review strategic alternatives”, will be composed of the group’s six existing independent directors, who include Tiga Investments founder Raymond Zage and former Noble Group executive chair Paul Brough. 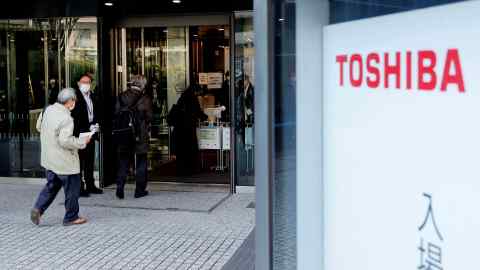 Toshiba said the discussions with potential investors would commence as soon as was practical. A company spokesperson said that privatization was not the premise of the committee, which will consider all possible strategic options.

The decision to set up the committee, which was taken at a board meeting on Thursday, did not involve newly appointed chief executive Taro Shimada, who is yet to be voted in as a board member.

The committee will provide the most up-to-date information available on potential bids ahead of Toshiba’s annual shareholder meeting in June.

Separately, Toshiba said the management team would develop a new business plan to be announced before the AGM.