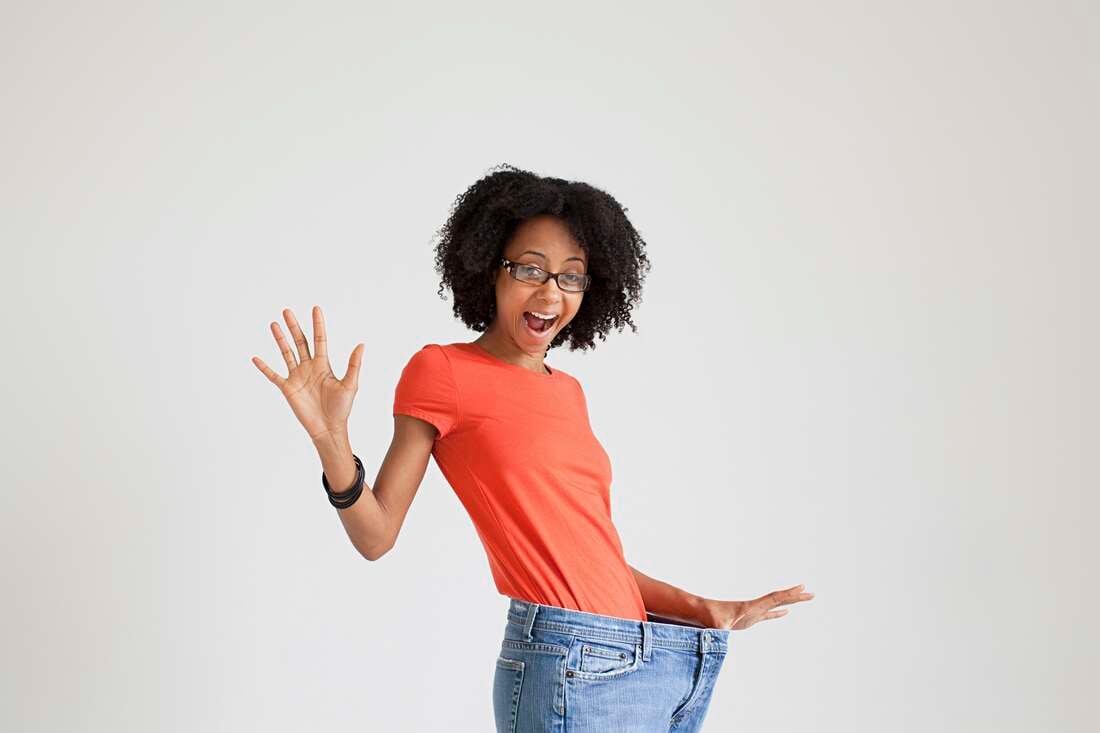 Many women regain their pre-pregnancy shape within months of giving birth but for others, it is a struggle to tackle the extra flab around the tummy.

The speed and degree of regaining a toned abdomen depends on several factors; weight gained during pregnancy, how active you are and were, genetics, and your shape and size before pregnancy.

Even after the womb has contracted to pre-pregnancy size, it will take months of exercise to burn the extra fat.

Fitness trainer Robinson Joel says that for women, the abdominal area is the most stubborn to exercise, followed by the arms.

For those who were exercising before pregnancy, it becomes easier to lose the excess weight compared to those hitting the gym for the first time after childbirth.

Robinson explains that there are four muscle groups in the midriff; the transverse abdominis, rectus abdominis, and internal and external abdominal oblique.

Beneath these muscles is a layer of fat which makes it difficult for a fitness enthusiast to see results quickly. The excess fat blocks the muscles.

To have a toned midriff, exercises done should target all four muscle groups in a single move.

But, Robinson says, your fitness journey should begin at least three months after giving birth naturally. But for women who have had caesarian section, talk to your doctor before resuming exercises.

“Do not start exercising immediately after pregnancy, give yourself at least three months for a natural birth but if it is through caesarian then you must get a go-ahead from your doctor because period differs from one person to the other,” he says .

This is in addition to incorporating interval fasting. Also, exercise at a time when you are most dehydrated or deliberately drink enough water before doing abdominal exercises. Abdominal muscles tend to contract much better when hydrated. With proper consistency, three months is good enough to get them back their shape, ”says the trainer.

Robinson explains that for the muscles to show, a person must involve high-heart rate exercises that train the whole body. These help to shed off the layer of fat that is on top of the muscles.

The trainer explains that one hardly requires machines to work out the abdominal area as most of the exercises just need a floor or mat and the bodyweight to execute.

Go for high reps to help in burning the calories as well as to strengthen the muscles. At least 45 minutes of the workouts, four times a week is recommended, ”he says.

However, he cautions that if one had an overstretched womb leading to partial or complete separation of the rectus abdominis, or “six-pack” muscles, a condition known as diastasis rectus, she should seek medical help before hitting the gym.

This is because one can end up doing exercises that will aggravate the condition, which is mostly caused by delivering through caesarean section or an overstretched stomach during pregnancy.

“For example, someone with the condition should not engage in exercises like sit-ups, planks, and crunches because it only worsens the situation,” advises the trainer.

“Therefore, the movement has to be restricted if one has the condition because you only want to engage in exercises that improve the condition and not aggravate it,” he adds.

This is a full-body move that exercises the core, leg, back, and shoulders. It is known to be the ultimate belly fat cutter as it offers benefits of two moves — crunches and leg raises.

Lie down flat, shift legs in front then the legs to meet the lifted leg mid-air. This exercise targets the rectus abdominis muscle {in those with low body fat, it is clearly visible beneath the skin forming the ‘six pack’}, ”explains the trainer.

Planks are one of the best calorie-burning exercises as they engage multiple muscles at once which in turn burns fat around the abdominal area as well as strengthens the core.

For an increased shedding of calories, vary the planks such as side, standard, and straight arm should be incorporated to target more muscle groups. This helps burn more calories.

This helps to build and tone the upper abdominal muscles giving one a flat tummy. For 90 degrees crunches, lie flat on the back, fold knees to 90 degrees, and then hold the position.

“Take your arms and try to tap your ankles without moving your legs. Go for one minute or 30 reps nice and slow and not rushed. ”

Kicks are known as ultimate lower abs fat cutters. For alternate scissor kicks, lie flat and then drive the opposite arms to meet opposite knees when crunched. It hits the transverse and oblique muscles.

This is a resistant exercise that can be done with or without weights. Lie on your back, arms on the side, lock the legs together with the ankles touching each other then slowly lift both legs with the hands meeting the toes midway before lowering the legs down gradually.

“Do one count up and two counts going down comprising of between 15 and 20 reps of two sets. If with weights, add a 2kg dumbbell, ”says Robinson.

You can use weights or not. In a seated position, lean back slightly and put your feet together then fold your knees three quarters and then tap each side of the torso.

“Do 30 reps of two sets with two taps representing one rep. Russian twists that hit the oblique muscles, ”he says.

Health & Fitness Want a flat tummy after pregnancy? Six exercises trainers swear by Friday April 08 2022 Woman in loose jeans. PHOTO | SHUTTERSTOCK By COLLINS OMULOMore by this Author Summary The speed and degree of regaining a toned abdomen depends on several factors; weight gained during pregnancy, how active you are and were,…