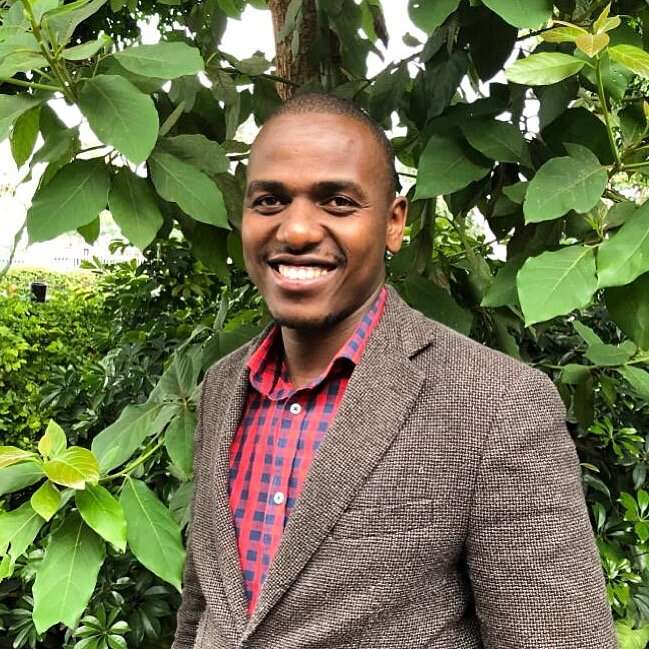 At the height of my career, I chose a side hustle

Thomas Njeru, like most Kenyans in corporate, had a side hustle while he was a director at Deloitte South Africa. His side hustle was Pula, an agricultural insurance technology that provides insurance to smallholder farms worldwide.

In 2017, he was offered a partnership at Deloitte, around the time he and his co-founder had just raised Sh230 million at Pula. There was a caveat; the investors at Pula had a demand; be there full time or he forgets about the investment.

He was 31. So directorship at Deloitte or his side hustle? He chose his side hustle. To date, Pula has reached 6.4 million farmers and is spread across 17 countries.

He talks about his life growing up very humble in Nembure, Embu and the insecurities abound. He hated farm life. He fantasized about an escape to the city.

His dream was to be “Moi” because he thought Moi was an actual profession, not the name of a person.

“The irony is that I ran away from the farm and farmers but now as an adult, I find myself back to the farms working with farmers. Maybe we can not run away from who we are, ”he told JACKSON BIKO.

You were considered a Deloitte partner at 31, an age where most people have not figured out their lives. How did that inform your idea of ​​success?

You know Maslow’s hierarchy of needs, once you meet a certain need you keep going up and redefining your needs. For me, perhaps, rising to the top of the corporate ladder helped me realize that it was not for me. I remember the first phase of my life was about running away from poverty.

Every day I would wake up and not want to go back to the village. I worked hard to make sure it did not happen. Then gradually, you get peace from having the skills, competencies, and financial stability. Then you start searching for deeper meaning; Who am I? What do I want?

At one point in my corporate career, I felt like I was getting further and further away from where my heart is.

Are you still conscious of the poverty of your formative years or do you feel secure that you have escaped it all together?

Poverty goes deep, man. Even if you distance yourself from it, it still requires a lot of self-reflection. You have to deal with the demons of poverty.

When children made fun of you because of the state of your clothes, that stuff stays in you. You can not cover it with designer clothes. The journey of self-healing starts with acceptance; that was your past, do not try to hide it.

I’ve seen people try to hide it with a flashy lifestyle but that does not erase your past. It will always be a chip on your shoulder.

I’m sure you read about Resolution Health’s failing health. How does an entrepreneur like you trying to build a local company see as lessons in its trials?

It’s a reminder that entrepreneurship is risky. That there’s nothing like being too big to fail. As long as you’re running your enterprise, you have to wake up and do the right things consistently. It’s not just Resolution Health, there is Nakumatt, Chase Bank …

Does it make you anxious when you see local giants go belly up?

I would not use the word anxiety. It’s just reflective. My philosophy in life is accepting realities. The moment you start fighting with realities that’s when anxiety comes in. Embrace change, life is fungible and complex. Being anxious is of no use, no value to you.

What do you care least about in your life now?

[Pause] That’s a good one. [Long pause]. Seeking approval of people, or trying to blame the things that happened in the past as being the reason why the future will not be as great.

You know, I schooled in the village. School assembly was run in our local language. Our compositions were being marked based on how little you used the Embu language. If you just had five Embu words in your English composition, that was fantastic.

English was a foreign language to me. I remember one time I had diarrhea and I could not explain it in English because I did not know the English word for it.

But then you go through life, start meeting people who got the best of education, who had exposure. You start thinking your past will limit how far you can go in life, and how much you can do and you start shutting down some of your dreams.

But remember there’s nothing you can change about it. For the last 30 years of my life, I’ve always had to work twice as hard because I was starting the race many steps behind.

Is there a particular failure that left a stain on your heart?

[Pause] Many. After high school, I wanted to go to Japan but I failed the scholarship exam.

After high school, I wanted to go to Harvard University but I failed to make the cut. There are some jobs I wanted back in the days that I did not get and for a long time, I kept thinking that had I gotten that job, my life would be better.

There are girls that I wanted that did not give me the time of day. I’ve had failed relationships. One thing I’ve learned about dealing with failure, if it does not work out, keep moving. Probably that’s not for you.

(Pause) My tummy. I’m 36 years old now. You exercise, you try to eat well but your tummy never goes.

Why is that an insecurity? What do you think a big tummy says about you? It might mean that Thomas, the boy from Embu is finally filling up with the good life.

[Laughs] Now you’re starting to become my therapist. [Chuckle] Look, I have all these dreams, I have a lot of things I want to achieve but I fear that I’m going to run out of time and a tummy is a sign that you’re running out of time. [Laughter] I mean you will not find 10-year-old children with big tummies, will you? Because they have time.

You are not married. Any particular reason why you are still on the shelf at 36?

The concept of marriage is very complicated. Do I have intentions to get married? Yes. Will I get married because of time? No. If it happens at 50, so be it. If it never happens, it’s okay. I will not get married to tick a box.

Do you think because now you are older and successful, it gets harder to find someone because you are more set in your ways and less likely to compromise than when you were younger?

Yes and no. I think it just depends on your path. So yes, when I was 30, I was very rigid and uncompromising. I think I’m more accepting now.

Describe the kind of woman you want to end up with… and none of that – ‘hardworking, independent-minded and God fearing’ description. Let’s try the details.

She is anything between 25 and 40 years old. I’m very structured and a bit boring; I do not try new things, I eat the same food, so this someone should bring color and adventure to my life. She’s natural from hair down.

She’s authentic and is comfortable with herself. She’s chocolate in complexion. She’s clean and organized because I’m not very organized; being left-handed I’m just all over the place, messy.

She is someone who can bring out the emotional side of me without getting lost in it because I tend to be a bit cocooned when it comes to emotions.

Her people skills ought to be much better than mine because I’m not very great in social settings unless I’ve had a few whiskeys.

Profiles At the height of my career, I chose a side hustle Friday April 08 2022 Thomas Njeru, CEO and co-founder, Pula, an agricultural insurance and technology company in Kenya. PHOTO | POOL By JACKSON BIKOMore by this Author Summary Thomas Njeru, like most Kenyans in corporate, had a side hustle while he was a…

Hybrid working saves businesses an average of £ 8,100 per employee