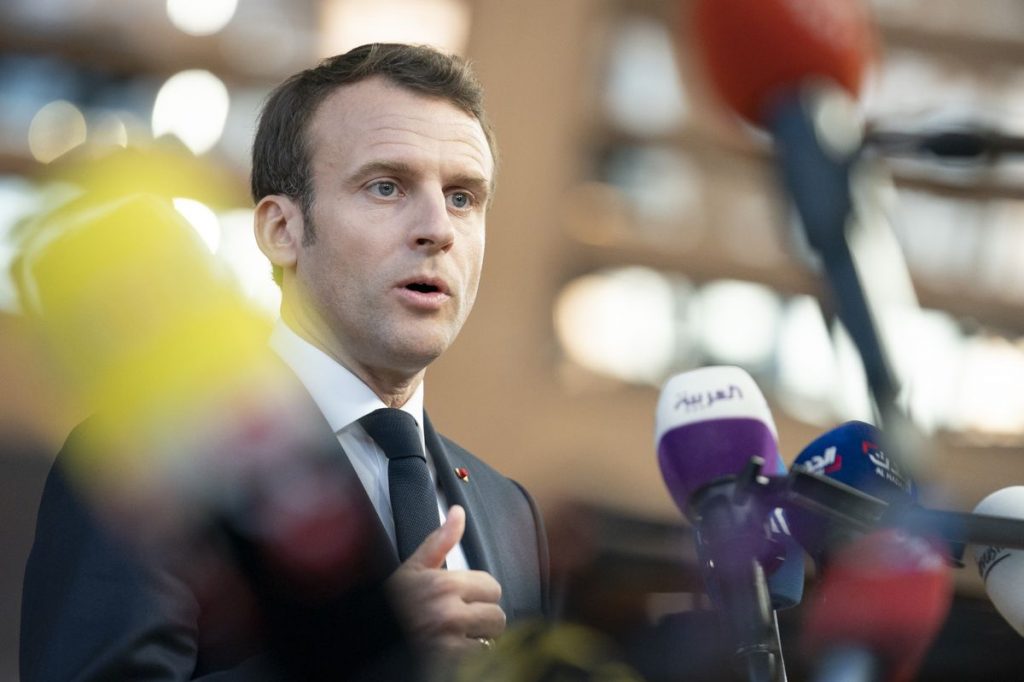 Macron’s lead is a relief for investors, but markets are on edge

Traders will watch the euro’s moves when the foreign-exchange markets open in about an hour after the close of voting in France.Early estimates by polling companies showed President Macron will face his nationalist rival Marine Le Pen in the final round of the vote.

French stocks and even Italian bonds will be in focus when those markets resume Monday.

Markets will continue to be on edge for another two weeks as Macron and Le Pen seek to build a broader coalition of voters in a one-on-one standoff.

The incumbent’s victory is far from certain, especially as some traders worry votes from trailing candidates such as Jean-Luc Melenchon may go to Le Pen. However, Sunday’s result showing Macron has as much as 29% of the vote left them with little reason to sell assets immediately.

“The numbers are quite encouraging,” Andrea Cicione, head of research at TS Lombard, said over the phone after the poll estimates. “The numbers now seem to indicate that there’s a significant gap between Macron and Le Pen. So if that gets carried over to the second round, that looks like quite a good development for markets, especially bond markets. ”

Investors will be watching for signs the 44-year-old president can consolidate his advantage and ward off the threat of a Le Pen victory. The yield on France’s 10-year bonds rose to a seven-year high last week on concerns his nationalist rival with longstanding sympathies for Russia may take power in the middle of the Ukraine war.

“Macron has a comfortable lead and this is reassuring,” says Alexandre Baradez, chief market analyst at IG France. “He has not won yet and the campaign will be tough in the coming two weeks. But I expect this result, if confirmed, to be slightly positive for the CAC 40 Index

Le Pen, whose touring of towns and villages has focused on topics such as inflation, has got investors hedging for an upset. The 53-year-old nationalist has cast himself as the defender of the “little ones” against Macron’s reputation as the “president of the rich.” She pledged to slash gasoline prices and tax big energy companies.

“Melenchon is strong, and many of those votes will be for Le Pen in the second round,” said Philippe Waechter, chief economist at Ostrum Asset Management.

“France is taking a terrible risk and Macron risks not having much room for maneuver. A Le Pen victory would raise the question of what will France’s role be with regards to negotiations with Russia. ”

Stocks have outperformed over the course of his tenure. While the first round Sunday almost certainly won’t yield an outright victor, it will shed light on just how much risk investors face.

The potential for a restoration of a wealth tax on financial assets, along with privatization of public broadcasting, highway nationalization and a cut to toll prices may hurt financials, media, luxury goods and infrastructure stocks, as well as companies with government stakes such as Electricite de France SA and Aeroports de Paris, Barclays Plc strategists said.

On the other hand, Le Pen’s pro-purchasing power plans could lift domestic consumer plays in the retail, food retail and leisure sectors, they said. The grocer Carrefour SA, viewed as a likely takeover target, could benefit.

Goldman Sachs Group Inc. strategists say the implications of a Le Pen victory would be bigger for Europe than for France alone, given Macron has looked to advance European integration. It could lift the risk premium for equities to imply a 7% price drop for the Stoxx Europe 600 index, strategists led by Peter Oppenheimer wrote in a note.

The euro slid 1.5% last week against the dollar to its lowest since the early stages of Russia’s invasion of Ukraine. Negative sentiment in the options market was close to levels seen before the 2017 French election, though that also reflects hedging over the war in Ukraine, inflation and monetary policy.

The close contest has also been driving measures of risk in the bond market. The difference in benchmark French and German yields has risen to the most since March 2020. The equivalent between Italian and German debt, a gauge of euro-area wide sentiment, is up almost 20 basis points this month to around 170 basis points, and the Goldman Sachs team sees it surging to between 180 and 210 base points if she wins.

Even if Le Pen were to win the presidency, legislative votes in June will determine how much of her agenda she can get through. A strong showing in both of these could see the euro slide below parity against the dollar for the first time in two decades, according to Nomura Holdings Inc. strategists, though that remains an extreme scenario.

Traders will watch the euro’s moves when the foreign-exchange markets open in about an hour after the close of voting in France.Early estimates by polling companies showed President Macron will face his nationalist rival Marine Le Pen in the final round of the vote. French stocks and even Italian bonds will be in focus when…