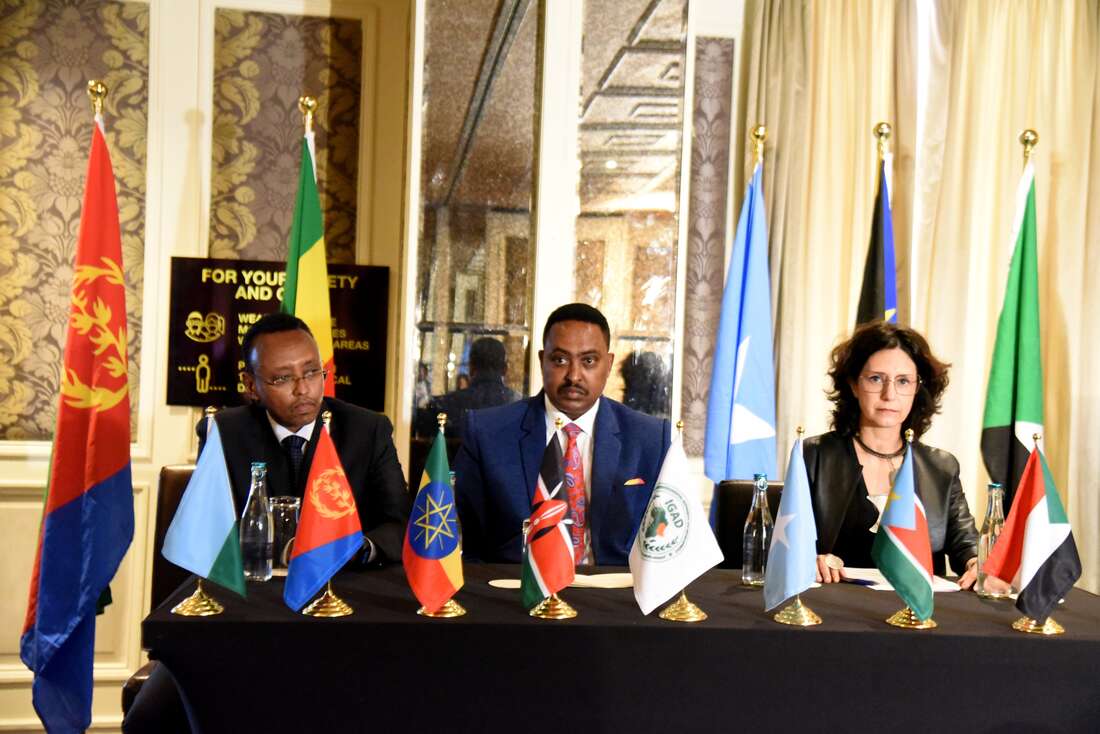 At least 3.5 million Kenyans are in desperate need of food assistance following an excruciating drought last seen 40 years ago, according to a report released by the Intergovernmental Authority on Development (IGAD).

The IGAD report released yesterday against the backdrop of a forecast of poor March to May long rains indicates that the food situation can only get worse.

Rainfall levels in northern Kenya’s arid and semi-arid areas were 26-50 per cent lower than anticipated during last year’s October to December rainy season.

Kenya, Ethiopia and Somalia will bear the harshest brunt of the drought crisis, says IGAD.

In Kenya, the arid and semi-arid lands are the worst hit, with the country having suffered a 70 percent drop in crop production.

Most parts of the country have experienced little or no rainfall since 2020 and this will be the fourth season in a row that the rains will be failing to meet traditional expectations.

A whopping 80-90 percent of water reservoirs, including dams, have dried up in Kenya’s largest county of Turkana.

According to the UN’s Office for the Coordination of Humanitarian Affairs (OCHA), more than 90 per cent of open water sources in Kenya’s arid and semi-arid lands have dried up and the remaining ones are projected to last only between one and two months.

OCHA warns that the lakeside communities dwelling in Turkana cannot continue to survive on fishing.

Calls have been growing for an emergency response to support pastoralists and residents of northern Kenyan counties staring at starvation.

The drought has also pushed hundreds of wildlife from their natural habitat into private farms, searching for water and pasture.

The Kenyan government in September 2021 declared the persistent drought a national disaster and released two billion shillings under the National Drought Emergency Fund in response to the situation. OCHA, however, observes that the flow of funds has been slow to reach the areas it is needed most.

While noting that this season’s rains play a significant role for the IGAD region, Executive Secretary Workneh Gebeyehu expressed fears that additional stress factors that have recently hit the region, among them the Covid-19 pandemic as well as the Ukraine-Russia conflict, could acutely raise the levels of food insecurity across the Horn of Africa.

“The MAM [March to May] rains are crucial for the region and sadly, we are looking at not just three, but potentially four consecutive failed seasons. This, coupled with other stress factors such as conflicts in both our region and Europe, the impact of Covid-19, and macro-economic challenges, has led to acute levels of food insecurity across the Greater Horn of Africa, ”said Dr Gebeyehu.

According to the Food Security and Nutrition Working Group co-chaired by IGAD and UN’s Food and Agriculture Organization (FAO), over 29 million people are facing high levels of food insecurity across the IGAD region.

“Already, 15.5 to 16 million of our brothers and sisters and brothers are in need of immediate food assistance due to the drought. This is 6.0 to 6.5 million in Ethiopia, 3.5 million in Kenya and 6 million in Somalia, ”stated Gebeyehu.

“In the southern-central part of Somalia, the situation is catastrophic, with 81,000 people at risk of famine.”

IGAD’s Climate Prediction and Applications Center (ICPAC) notes that the first month of March to May season was particularly dry, with the region recording higher temperatures and less than normal rainfall.

Several counties in Kenya have appealed to the national government and other development partners for help.

In efforts to avert the looming humanitarian crisis across the three drought-affected countries, the World Food Program (WFP) has launched a food and nutrition assistance scheme dubbed the Regional Drought Response Plan for the Horn of Africa to aid the affected communities. This is in addition to cash grants and insurance deals that are helping families to buy food for livestock.

The program is calling for $ 327 million to meet the immediate wants of over 4.5 million people in the next six months, a move that will help communities build resilience to the looming climate shocks.