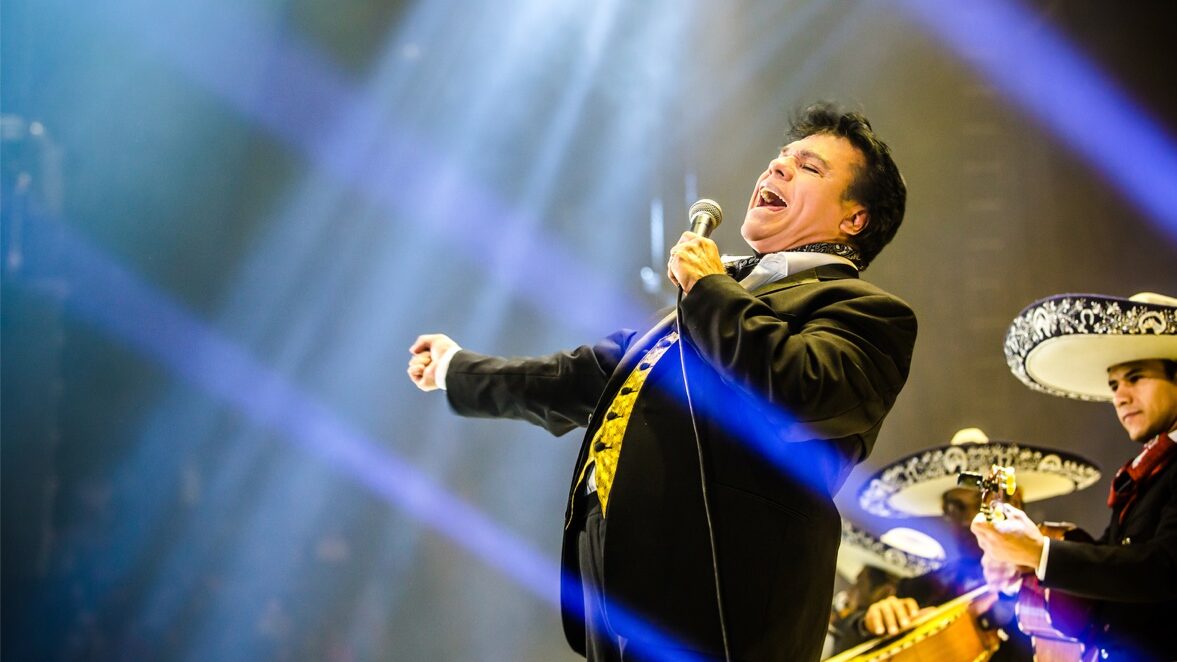 The estate of Mexican recording star and songwriter Juan Gabriel has signed an exclusive, worldwide agreement with Virgin Music US Latin.

Throughout his 45-year career, Juan Gabriel released more than 47 albums.

The Latin music star has sold more than 150 million albums, composed more than 1,800 songs, released 32 studio albums, and over 20 of his hits reached the Top 10 on Billboard, including 7 No.1 Billboard Hot Latin Songs.

The agreement between Virgin Music US Latin and the estate of Juan Gabriel marks the beginning of a relationship that will see new music released in the coming months, including the album Los Duo 3.

Juan Gabriel has won 3 Latin Grammys (including Album of the Year in 2016.

“Our dream is to continue what he started.”

Ivan and Simona Aguilera, Juan Gabriel’s son and daughter-in-law, said: “After many years of work, we have put together a team of professionals that we believe have the qualifications that we have been searching for to represent my father and the legacy he left in my care.

“Our desire is to continue the vision my father had for the future of the Latin community, the Mexican culture, and the fine art of music he loved so much.

“My father wanted the world to experience his love for music, love for his beloved Latin culture, and to bring that experience to the world around him through music.

“Our dream is to continue what he started and to bring every beautiful thing he created and envisioned to the fans that stood by him all these years, and to future generations to come.

“We are proud of the team we have selected. We look forward to working together to bring to fruition all the work my father left behind. God Bless! ”

“I am very honored to have the opportunity to collaborate in preserving the great musical legacy of Juan Gabriel.”

Victor González, President, Virgin Music Latin America & Iberian Peninsula, added: “I am very honored to have the opportunity to collaborate in preserving the great musical legacy of Juan Gabriel, who I consider the most prolific singer-songwriter and performer in Latin America .

“His influence, recognized around the world, is more alive than ever.”

“His impact to music across the world is unquestionable, Juan Gabriel has been a staple across Mexico and Latin America for generations, and we want to acknowledge the honor of being responsible for his works.

“Juan Gabriel’s songs and legacy are more alive today than ever before and we will keep pushing his songs forward for generations to come.”

“Juan Gabriel is one of the greatest artists and songwriters in the history of modern music.”

Jeff Jampol, CEO, JAM, Inc., said: “Juan Gabriel is one of the greatest artists and songwriters in the history of modern music, beloved by fans all over the world.

“Our job at JAM, Inc. is to protect, defend, and promote Juan Gabriel’s critically important legacy, and we are extremely happy to be in partnership with the great minds and artist-friendly people at Universal Music Publishing and Virgin Music US Latin.

“As the worldwide managers of Juan Gabriel’s legacy and art, we’d particularly like to thank Jody Gerson, Victor González, and David Kokakis for their tireless efforts to carve this new venture with us – it took a lot of work, and their support & encouragement along the way made all the difference in the world.

“We are very happy to work alongside Jody, Victor, and their teams, as we all move forward into the future together.”