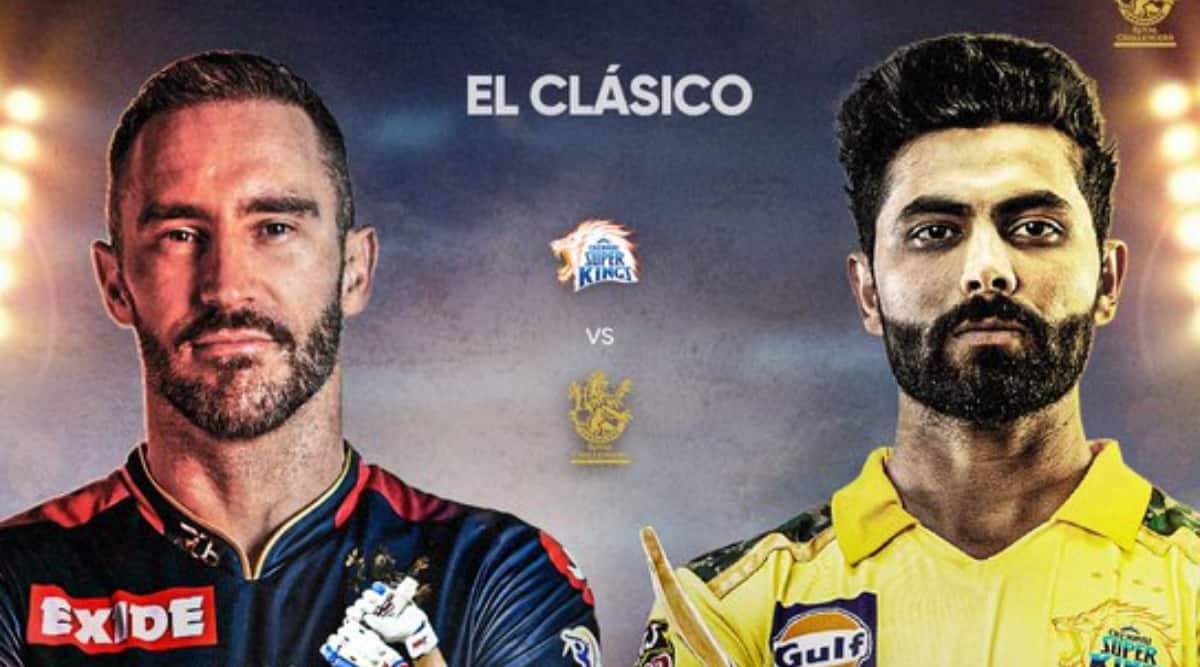 RCB vs CSK: It’s the mega clash of the titans today as Chennai Super Kings faces the Royal Challengers Bangalore for the 22nd match of the IPL 2022 at 7:30 pm. Dubbed as the ‘Southern Derby’, it is for the first time that the CSK is playing against RCB in the Tata IPL Tournament. The match will be played at the DY Patil Stadium in Navi Mumbai. The CSK vs RCB match can be either livestreamed on Disney Plus Hotstar or can be watched on Star Sports TV channels. It would be interesting to see how Faf du Plessis plays against his former teammates at CSK. During a pre-match interaction, Faf du Plessis said that he was looking forward to this match. Talking about the current form of CSK, Faf du Plessis said that the four times IPL winners can not be taken lightly and can not be written off.

But the rudderless performance of the Chennai Super Kings under Ravindra Jadeja has been anything that speaks of champions. In their four matches in this IPL season so far, the CSK has not been able to win even a single match. To the agony of the CSK fans, the team is currently at the bottom of the IPL points table. In their last game, Sunrisers Hyderabad had beaten Chennai Super Kings by 8 wickets.

On the other hand, the Royal Challengers Bangalore is looking good at the fourth spot on the points table. In their last outing, the RCB defeated Mumbai Indians by seven wickets.

If we look at the IPL journey of both teams, the Chennai Super Kings seem to be in better position. RCB and CSK have played 27 matches against each other in IPL history. Out of these, CSK has 18 times whereas RCB managed to score victory in 9 matches.

Wanindu Hasaranga, the right-handed batsman is playing for the RCB this season. The right-arm leg-break bowler has picked up 8 wickets in this tournament so far. Fans and RCB will expect a great show from him today.

Ravindra Jadeja, the left-handed batsman and CSK skipper is hoping to make a difference in todays match. So far, he has made 66 runs in this season. Will today be the day for Sir Jadeja?

Faf du Plessis, the ex-CSK team member is leading the RCB this season. A staggering record of 138 runs in this season show what Faf du Plessis can do. Today RCB captain will let the bat do the talking!

Dwayne Bravo can be the gamechanger for the embattled CSK. The West Indian star performer, who has been the highest wicket taker in the IPL, has picked up 6 wickets in last four matches.

Josh Hazlewood will be the talking point as he makes his debut for the Royal Challengers Bangalore today. Among top-ranked T20 bowlers, Hazlewood can be the surprise deal for RCB.

RCB vs CSK: It’s the mega clash of the titans today as Chennai Super Kings faces the Royal Challengers Bangalore for the 22nd match of the IPL 2022 at 7:30 pm. Dubbed as the ‘Southern Derby’, it is for the first time that the CSK is playing against RCB in the Tata IPL Tournament. The…

Dow Jones Futures Fall: What To Do After Today’s Stock Market Sell-Off Before Key Inflation Report