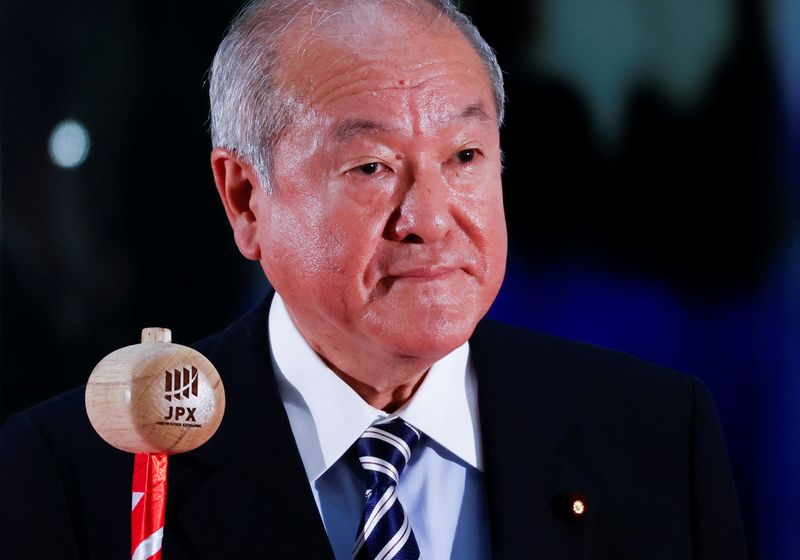 © Reuters. FILE PHOTO: Japan’s Finance Minister Shunichi Suzuki prepares to ring a bell during the New Year ceremony marking the opening of trading in 2022 at the Tokyo Stock Exchange (TSE), amid the coronavirus disease (COVID-19) pandemic, in Tokyo, Japan, January 4,


TOKYO (Reuters) -Japan will communicate closely with the United States and other countries to respond to currency moves appropriately, Finance Minister Shunichi Suzuki said, ratcheting up warnings against any sharp moves as the yen fell to six-year lows against the dollar.

Speaking to reporters after a cabinet meeting, Suzuki stressed the importance of stable currency moves, saying rapid moves were undesirable.

“The government is closely watching currency moves, including the recent yen weakening, and its impact on Japanese economy with a sense of urgency,” Suzuki said.

The Group of Seven (G7) advanced economies have agreed to have exchange rates set by markets, to closely consult on action in the currency market and have acknowledge that excess volatility and disorderly moves can have adverse effects on economic and financial stability.

“Based on the G7 agreement, we will respond appropriately while closely communicating with currency authorities of the United States and others,” Suzuki added.