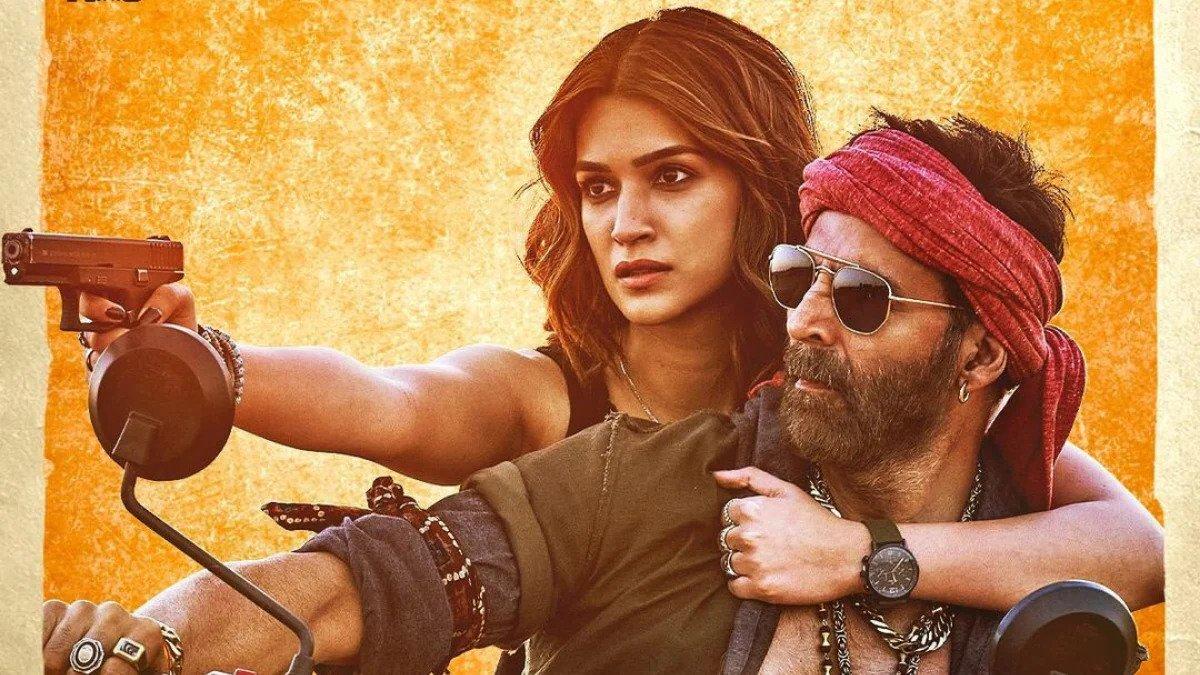 Cinephiles unite! In case you want to enjoy good content in the comfort of your homes, we have you covered. Big-budget films like James and Bachchhan Paandey are all set to release on OTT this week. James and Bachchhan Paandey will release on SonyLiv and Amazon Prime Video respectively. Along with this, series like Hard Cell, The Kardashians and Anatomy of a Scandal will release on Disney + Hotstar and Netflix respectively.

Akshay Kumar and Kriti Sanon-starrer commercial flick Bachchhan Paandey is all set to release on Amazon Prime Video on April 15. Directed by Farhad Samji, the film covers the story of gangster Bachchhan Paandey and an aspiring filmmaker Myra Devekar who decides to make a biopic on Paandey. The film also features Jacqueline Fernandez and Arshad Warsi in significant roles.

The last film of Kannada superstar Puneeth Rajkumar – James — is the story of Santhosh Kumar who runs a security agency and has been commissioned to take care of a family that owns a drug cartel. Besides Rajkumar, this film features Priya Anand, Shivaraj Kumar, R Sarathkumar, Srikanth Meka and Adithya Menon in significant roles. The film is all set to release on SonyLiv on April 14.

The Karnesh Ssharma-backed crime thriller series is centered around 47-year-old wife and mother Sheel who is determined to uncover the cause of her daughter Supriya’s death. The series, which will stream on Netflix from April 15, features Sakshi Tanwar, Raima Sen and Vivek Mushran in significant roles.

Death on the Nile

The Kenneth Branagh-directorial covers the journey of Hercule Poirot on his Egyptian vacation aboard a glamorous river streamer. This journey turns into a search for a murderer when a picture-perfect couple’s honeymoon is cut short. The film will release on April 15 on Disney + Hotstar and it features Kenneth Branagh, Gal Gadot, Armie Hammer, Jennifer Saunders, Ali Fazal and Sophie Okonedo in pivotal roles.

Anatomy of a Scandal

This political drama covers how the privileged life of Sophie, the wife of a powerful politician James, unravels when scandalous secrets unearth and he is accused of a crime. Created by David E Milley and Melissa James Gibson, it features Sienna Miller, Michelle Dockery, Rupert Friend, Josette Simon and Naomi Scott in significant roles. You can watch this series on Netflix beginning March 15.

The Kardashians is an upcoming reality television series focusing on the personal lives of the Kardashian-Jenner family. The series will premiere on Hulu from April 14. It will also be available on Disney + Hotstar. It will focus on sisters Kim, Kourtney and Khloe Kardashian, their half-sisters Kendall Jenner and Kylie Jenner and their mother Kris Jenner. It will also feature their partners – Kanye West, Scott Disick and Travis Barker.

Directed by Catherine Tate, this comedy series is set in a women’s prison. It covers the story of a documentary crew that follows the inmates and staff of HMP Woldlsey to capture the brutal penal system. The series will stream on Netflix from April 12 and features Catherine Tate, Christian Brassington, Niky Wardley, Lorna Brown and Duncan Wisbey in pivotal roles.

Nifty IT index corrects over 11% in 3 months! Analysts remain bullish on IT stocks; expect TCS to lead the pack