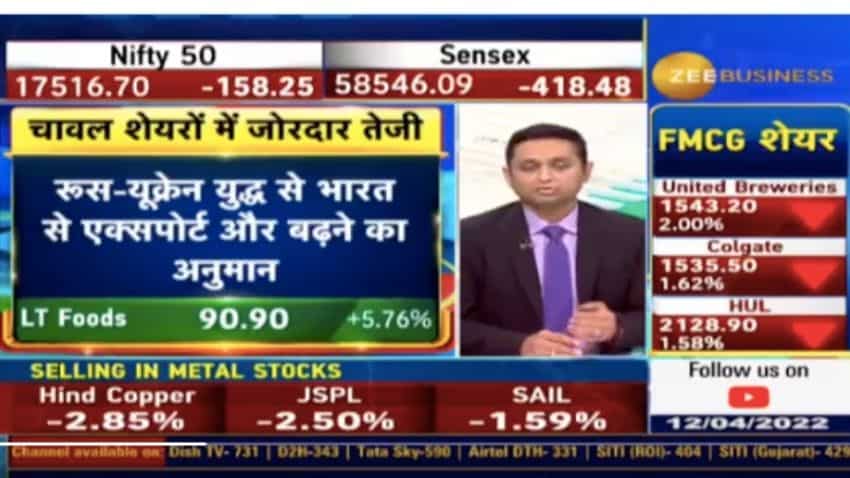 Listed rice exporting companies have been witnessing a god run on the domestic stock markets. Zee Business’ Research Analyst, Varun Dubey brings this exclusive report on what is leading to the windfall gains for these companies.

India is major rice exporter in the world, Dubey said. Earlier, India was leading the export of sugar. However, things have changed for rice now, and it has picked momentum due to increasing exports, he added.

However, the numbers have increased to up to 40 per cent by now, the analyst added. Till February, exports amounting to 2.14 cr tn was done.

Earlier, India used to mostly supply basmati rice to the parts of the middle-east region. However, in the last few quarters, India has started to export broken rice as well in parts of Bangladesh and China.

The increase in export is also considered to be due to the increasing tension between Russia and Ukraine. India also exports rice to Sri Lanka and Nepal.

But Nepal and Sri Lanka have started to put a ban on many imports. But so far, the numbers have been good for rice exports.

This is the reason for the positive rally seen in the rice stocks, he added.

Market expert Sumeet Bagadia suggested investors hold their positions in the KRBL Limited. Bagadia recommended buying the stocks at current levels, and the first target he suggested was Rs255- Rs 252, and the second target he gave was Rs 275 – Rs280 with a stop loss of Rs 230 – Rs 235.

If this is not the case then maybe your own account.@ VarunDubey85 | #Rice #StockMarket pic.twitter.com/FZOWS84VKZ