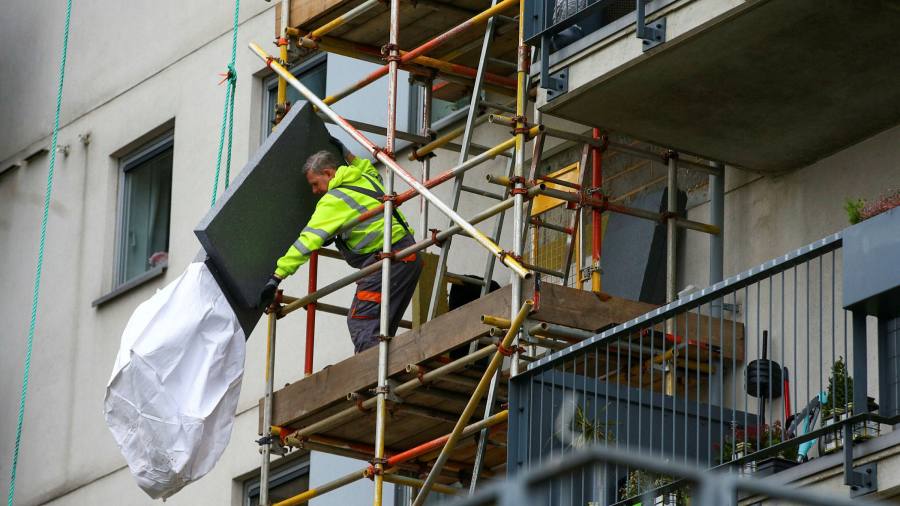 The UK government is set to raise £ 3bn from a new tax on the building industry over 10 years designed to fix the cladding crisis exposed by the 2017 Grenfell tower fire in London.

Michael Gove, the leveling-up and housing secretary, announced on Wednesday morning that the new “building safety levy” would raise £ 3bn during the next decade, far higher than internal Whitehall estimates of £ 500mn.

That extra money, which will be charged on each new development that seeks building control approval, will go towards replacing potentially dangerous cladding on thousands of mid-rise blocks between 11m and 18m.

At the same time, 35 developers have pledged to spend £ 2bn to fix their own buildings erected during the past 30 years, doubling their existing commitment of £ 1bn.

Those signing up include England’s biggest builders, including Barratt Developments, Persimmon, Berkeley Group and Taylor Wimpey. Share prices in the FTSE 100 housebuilders were all down around 2 per cent by mid-morning trading, underperforming the wider blue-chip index, which was little changed.

The announcement sparked a backlash from the industry. The Home Builders Federation, a trade body, said it supported the principle that leaseholders should not pay for remediation, but said the proposed levy was “not proportionate and poses a serious threat to businesses, jobs, investment in new sites, housing supply and affordable housing provision ”.

“Government must act to make other responsible parties pay their share and not take the easy option of targeting UK builders again for a problem they did not create,” it said in a statement.

Gove, who took up his job last autumn, has made it a priority to force the industry to provide the cash to fix all mid-rise buildings between 11m and 18m that could be unsafe.

Under the previous housing secretary, Robert Jenrick, leaseholders in buildings between 11m and 18m high would have been responsible for repairs to their own buildings – while the government would only have funded replacement of cladding on those above 18m.

Gove by contrast has pushed responsibility for all the repairs on mid-rise buildings on to the industry rather than taxpayers – with a new “building safety bill” to ensure that leaseholders are not responsible for historical defects.

He had threatened to freeze developers that refuse to sign out of the planning system and government housing funds. The minister asked 53 companies to come forward with financial contributions but 18 have so far refused to do so.

Gove warned there was “little time left” for the companies yet to make a pledge to fund remedies to their own buildings. “Those who continue to refuse will face consequences if they fail to do so,” he said.

The government is introducing new powers to allow enforcement on companies that fail to sign up or breach the new agreements.

There have been debates for five years over how to remedy safety flaws in high-rise buildings that were brought to light by the Grenfell Tower disaster in 2017, which killed 72 people after fire ripped through the building’s external cladding.

The Grenfell inquiry has exposed a string of failures in building safety over the past 30 years that go far beyond faults by individual developers.

Industry cost-cutting and the role of government deregulation have been long-running themes of the inquiry, which also highlighted the alleged abuse of safety tests by cladding and insulation manufacturers.

The Building Safety Levy will go towards a new government scheme allowing industry to fix buildings where those responsible cannot be identified or forced to do so by law.

Gove on Wednesday welcomed the move by the larger developers and said the agreement was a “significant step” towards protecting innocent leaseholders.

The new levy is separate from another new £ 200mn a year tax called the “residential property developer tax”, which will be levied on the profits of the largest developers and is also designed to help pay for cladding remediation.

Some executives have argued that the government has unfairly targeted UK-based housebuilders while ignoring those based overseas as well as manufacturers of cladding materials such as those used on Grenfell.

In a letter to the Construction Products Association on Wednesday, Gove said cladding and insulation manufacturers had “individually and collectively failed” to come through with a proposal to address their part in the crisis, and that the government’s negotiations with the groups “have concluded” .

The minister said he had instructed officials to do “whatever it takes” to hold manufacturers to account, including through legal action. The CPA said it was preparing its response to the letter.

The UK government is set to raise £ 3bn from a new tax on the building industry over 10 years designed to fix the cladding crisis exposed by the 2017 Grenfell tower fire in London. Michael Gove, the leveling-up and housing secretary, announced on Wednesday morning that the new “building safety levy” would raise £…