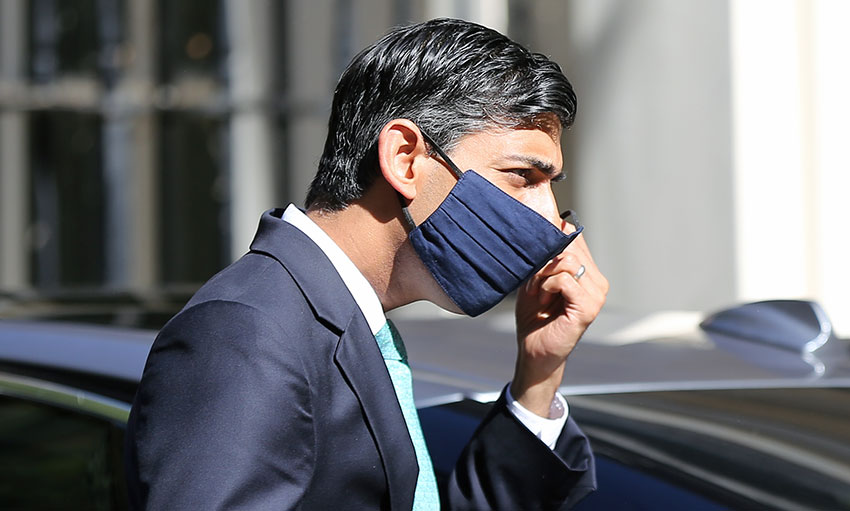 Rishi Sunak apologizes after agonizing over future after party-gate fine

Rishi Sunak agonized for hours yesterday over whether to resign after the decision by the Metropolitan Police to fine him for attending Boris Johnson’s lockdown-breaking party.

The chancellor spent yesterday afternoon discussing his political future with aides and allies after the unexpected decision by the Metropolitan Police to issue him with a fixed penalty notice for attending the birthday event for Johnson in the Downing Street cabinet room.

Afterwards he is understood to have thought that he could not remain in his post – having previously denied in parliament that he attended any lockdown-breaking parties.

He is believed to have thought that while he could not stay on as chancellor, he would remain in politics and saw no reason why the prime minister should resign.

However, friends warned him that his resignation could be considered an act of regicide against Johnson and damage any chances that Sunak might have of succeeding him.

Eventually, more than seven hours after the police announcement of the fines, Sunak put out a short statement offering an “unreserved apology” and indicating he had decided to remain in office: “I understand that for figures in public office, the rules must be applied strictly in order to maintain public confidence, ”he said. “I respect the decision that has been made and have paid the fine.

“I know people sacrificed a great deal during Covid, and they will find this situation upsetting. I deeply regret the frustration and anger caused and I am sorry. Like the prime minister, I am focused on delivering for the British people at this challenging time. ”

However, sources said Sunak felt angry that he had been fined for attending the event – despite the fact that he had not been invited and had only attended because he was due to go to another meeting with Johnson.

“He is a very honorable man and feels very badly let down by being dragged into this,” said one ally. “It is only natural for him to be considering what this means for him.”

Another said: “Rishi’s view is he was just there for a meeting, and now he’s getting humiliated for something he never wanted to do. He is a man of honor and he genuinely is thinking about whether he can still be part of this. ”

A separate source suggested Sunak was concerned that Johnson intended to move him into the next reshuffle having been warned by Sir Lynton Crosby, the Tories’ election strategist, that last week’s revelations about his wealth made him an electoral liability.

He is understood to think that it would be better to return to the back benches rather than being tarnished by the scandal about parties.

However friends have warned him that such a move could damage any chances he might have of succeeding Johnson – even if the prime minister was eventually forced to resign.

Yet some backbenchers have urged Sunak to resign, saying that it would be a “great move” which would highlight the moral contrast between him and the prime minister. One said that despite Sunak’s criticism over his wife’s tax affairs, he had always been “rules compliant” and resigning would highlight that. A spokeswoman for Sunak declined to comment.

The wobble comes after a period of intense difficulty. The revelation last week that Sunak’s wife, Akshata Murty, was a non-dom caused turmoil.

Initially, Murty released a statement claiming that her tax status was an unavoidable consequence of her Indian citizenship. However Sunak’s admission that he held United States permanent resident status for almost two years as chancellor made that position unsustainable, and Murty announced on Friday that she would pay UK taxes on all her overseas income.

Rishi Sunak agonized for hours yesterday over whether to resign after the decision by the Metropolitan Police to fine him for attending Boris Johnson’s lockdown-breaking party. The chancellor spent yesterday afternoon discussing his political future with aides and allies after the unexpected decision by the Metropolitan Police to issue him with a fixed penalty notice…