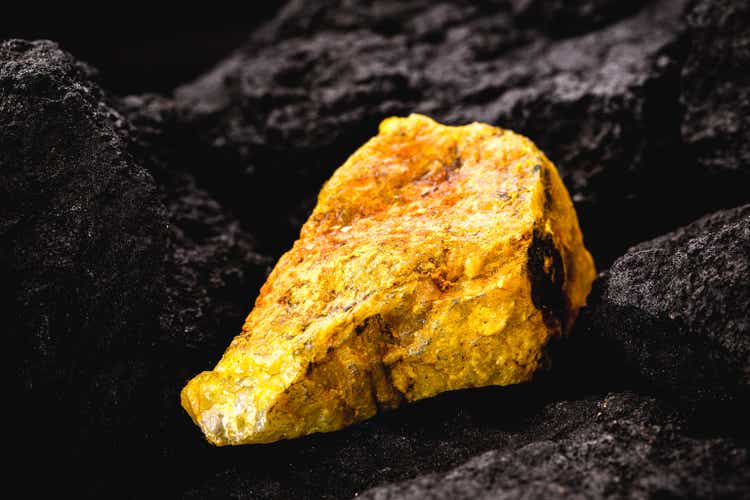 In an op-ed published Wednesday, Senator John Barrasso of Wyoming made the case for nuclear reengineering energy supply chains, to eliminate Russian uranium supply. The Senator claims that Russia has flooded the market with subsidized fuel since 1991, driving US enrichment facilities to reduce output, and conversion capacity to shut down. Nuclear energy produces ~ 20% of US electricity, but the US imports ~ 90% of uranium feedstocks, with Russia being the third-largest supplier.

The war in Ukraine has refocused many countries on security of energy supply, and nuclear energy feedstocks are no exception (CCJ). A bi-partisan bill to ban Russian uranium imports was introduced in the House late last month. That followed a bill introduced in the Senate by Barrasso. With the UK and Canada accelerating plans to grow nuclear energy production, it’s only a matter of time before other countries begin attempting to navigate the Russia-controlled global uranium market.

Uranium miners (URA) have had a strong start to 2022, up ~ 24% YTD. The strength is in part geopolitical, and related to security of supply. However, the fundamentals have also improved, with the Sprott Physical Uranium Trust (OTCPK: SRUUF) up 42% year to date. The Biden administration has thus far permitted the continued import of Russian uranium; however, as the war in Ukraine drags on, he’s likely to see more calls to refocus on US sources of uranium supply, over Russian sources.