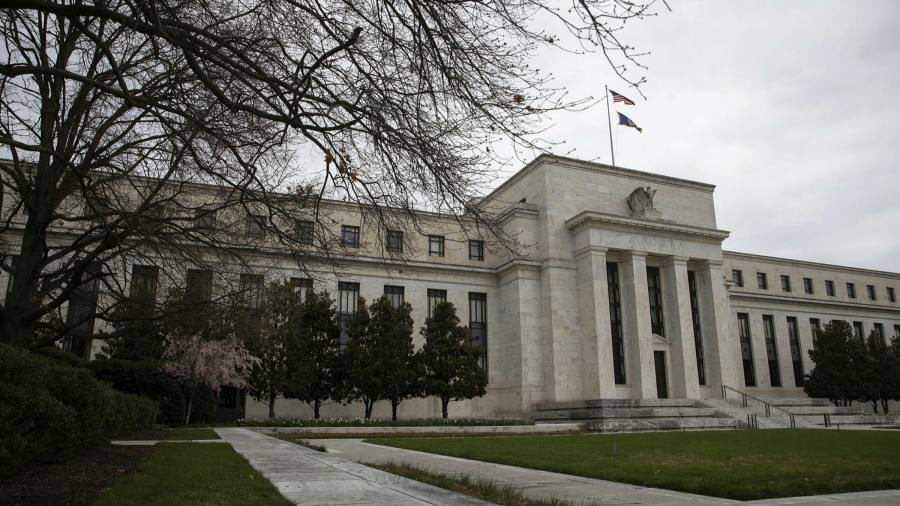 US government debt extended a rally on Wednesday as traders pared back their bets on an aggressive series of interest rate rises from the Federal Reserve this year.

The two-year Treasury yield, which is highly sensitive to monetary policy expectations, sank as much as 0.14 percentage points to 2.27 per cent, its lowest level this month. Yields fall when prices rise.

By mid-afternoon in New York it had given up some of the move to trade at 2.35 per cent, down 0.06 percentage points for the day.

Futures markets show investors now expect the Federal Reserve to raise rates by a further 2 percentage points by the end of the year, down a quarter of a percentage point from earlier in the week.

“Everyone seems to think inflation is peaking. So people are basically shorting rates, ”said Eric Fine, a portfolio manager at VanEck.

The yield on the benchmark 10-year Treasury note fell 0.04 percentage points to 2.68 per cent.

“The big news in the March [inflation] report was that core price pressures finally appear to be moderating, ”said Andrew Hunter, senior US economist at Capital Economics, adding that supply shortages of goods and congestion at ports were showing signs of easing.

Energy prices, a key driver of inflation, were expected to ease over the rest of the year, he added. But he said the Fed was unlikely to stray from its widely trailed plan to raise interest rates by 0.5 percentage points at its May meeting.

“Having been slow to realize that the initial surge was not transitory, Fed officials are now being a bit too pessimistic about how quickly inflation will drop back,” Hunter said.

Data on Wednesday showed US producer prices last month rose at an annual rate of 11.2 per cent, well above economists’ expectations.

Meanwhile, in equity markets, the benchmark S&P 500 index added 0.9 per cent, while the tech-heavy Nasdaq Composite rose 1.7 per cent. The gauges ended Tuesday lower, having initially rallied in the wake of the March inflation data release.

Kicking off bank earnings season, JPMorgan Chase on Wednesday reported a 42 per cent year-on-year drop in net income for the first quarter, after a slowdown in dealmaking, a rise in reserves to protect against a US recession and a $ 524mn loss suffered amid market turbulence following Russia’s invasion of Ukraine.

BlackRock fared better, posting $ 1.46bn in adjusted net income for the first quarter, up close to a fifth compared to the same period a year ago.

Data on Wednesday showed UK inflation rose to a new 30-year high last month, led by the rising cost of fuel. Consumer prices increased 7 per cent year on year in March, up from 6.2 per cent the month before. Economists polled by Reuters had expected prices to rise 6.7 per cent.

Martin Beck, chief economic adviser to the EY Item Club, predicted prices would peak at 8.5 per cent in April before cooling later in the year as energy prices and supply chain bottlenecks eased.

Oil prices rose on Wednesday, with international benchmark Brent crude up 3.9 per cent to $ 108.72 a barrel.

US government debt extended a rally on Wednesday as traders pared back their bets on an aggressive series of interest rate rises from the Federal Reserve this year. The two-year Treasury yield, which is highly sensitive to monetary policy expectations, sank as much as 0.14 percentage points to 2.27 per cent, its lowest level this…