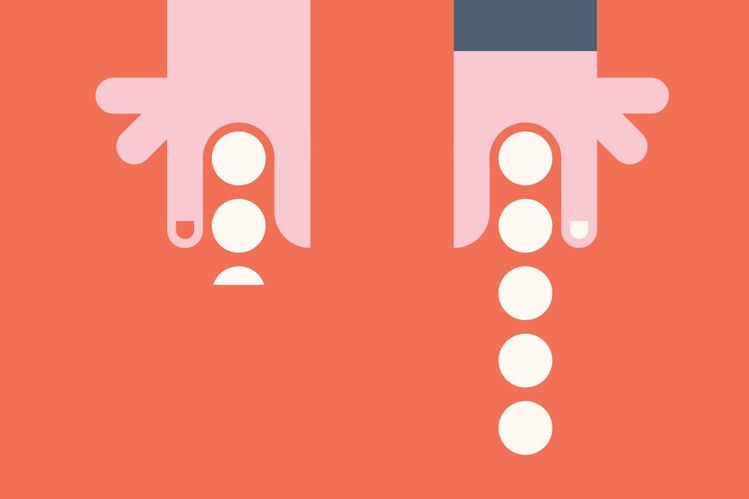 A bumper bonus round for investment banks has exposed the stark lack of women in senior, highly paid roles in the sector.

Women have slipped further behind their male colleagues at some of the top investment banks in the City when it comes to bonuses this year, after a surge in dealmaking in 2021 prompted Wall Street and European banks alike to hike payouts to levels last seen in the pre -2008 financial crisis glory days.

But while bankers have feasted on big bonuses, the gulf between what women and men are paid at some of the top firms has widened, according to analysis of official government figures by Financial News.

At JPMorgan, the median gender bonus gap increased from 63.9% last year to 69.4% in 2021/22, the data shows. The bonus gap also rose at Goldman Sachs, Morgan Stanley, Barclays and UBS this year, after they all hiked variable payouts for the top employees in their investment banks.

The gap shrank at Citigroup, but remains above 60%.

The biggest median bonus gap at a large investment bank was at UK lender HSBC, where it jumped from 64.4% in 2020/21 to 72.2% a year later. For its top investment bankers, known as material risk-takers, bonuses swelled 53% to an average payment of $ 810,000 this year, Financial News reported in February.

Banks were required to reveal their UK gender pay gap numbers by 4 April, providing a snapshot of figures from 5 April the previous year. The rules requiring them to upload figures to a government portal have applied to those with more than 250 staff since 2017

“Banks are working hard to address the gender pay gap, but the reality is that there are still more senior men in the industry and in a very strong year like this, you see that differential even more in the gender pay gap reporting,” said Phillippa O’Connor, head of the UK reward practice at PwC, which consults with financial services organizations on pay.

For key staff at investment banks, bonuses comprise the bulk of annual compensation. While banks have hiked salaries for employees after a stellar year in which fees swelled to a record $ 130bn, bonuses are usually double that of base pay. Banks have worked hard to ensure salary gender parity, but larger bonuses inevitably go towards those at the top of the career ladder, who remain predominantly men.

While the majority of banks have slightly increased the number of women in top-paying roles, in 17 of the 22 firms analyzed by UN the proportion of women in the top quartile for pay remains below 20%. The average gender pay gap at 10 of the banks increased compared to the previous year, and remains over 50% at five investment banks.

“Pay at investment banking and trading divisions remains heavily skewed towards bonuses, which has meant that banks face a greater challenge to close the gender pay gap than other parts of the financial sector while female representation in the senior ranks remains low,” said O ‘ Connor.

UN analysis of the top 650 UK investment banking roles in 2020 showed just 9% were held by women, but banks have been increasing their numbers of female managing director recruits over the past two years.

Caroline Silver, a Moelis & Co dealmaker who previously led the European financial institutions group at Morgan Stanley, said she had to battle for top clients and spots on deals at the early stage of her career. She told FN in March that overt sexism was no longer a concern in banking, but that it was “wearing” to combat unconscious bias on a daily basis.

“We’ve been calling it out more in the last 10 years, but we need to be consistently challenging people’s assumptions on this,” she said.

A bumper bonus round for investment banks has exposed the stark lack of women in senior, highly paid roles in the sector. Women have slipped further behind their male colleagues at some of the top investment banks in the City when it comes to bonuses this year, after a surge in dealmaking in 2021 prompted…