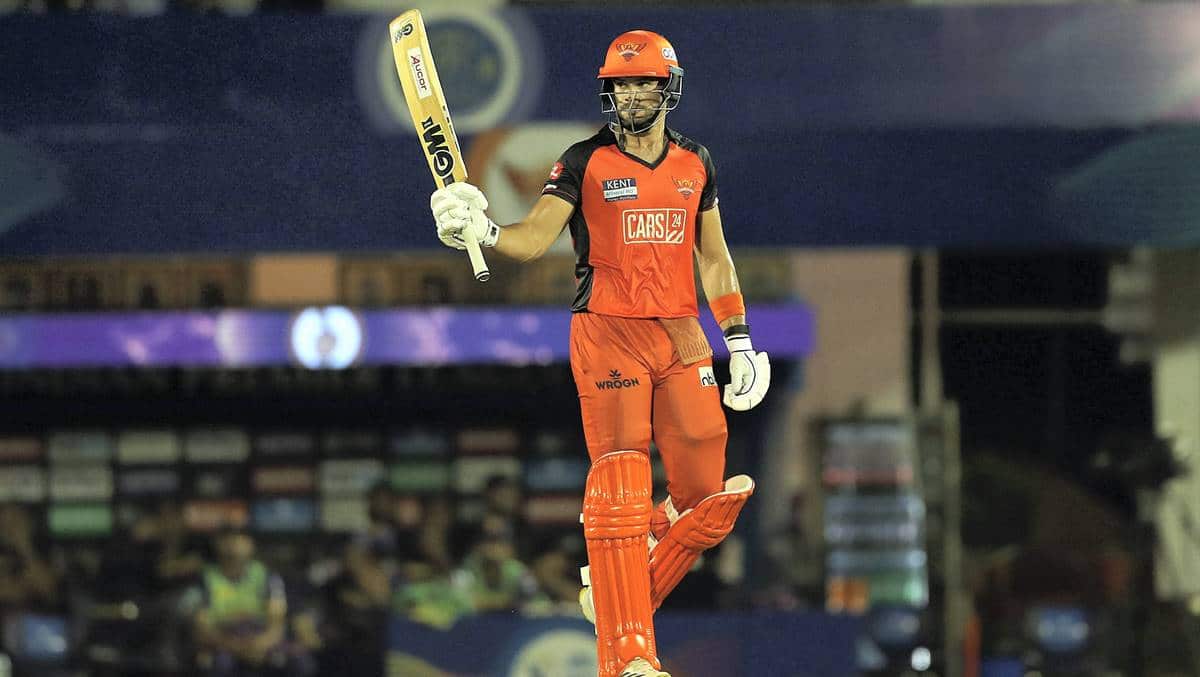 Tripathi, who smashed 71 off 37, and Aiden Markram (68 not out of 36) then produced hostile knocks to take SRH to their third successive win with 13 balls to spare For KKR, Nitish Rana scored 54 while Andre Russell was unbeaten on 49.

SRH now have three wins from five games while it was KKR’s third loss in six games.

With the green track not aiding the spinners, Sunrisers’ Tripathi took the KKR’s spin-heavy bowling unit to the cleaners.

Playing against his previous franchise, Tripathi smashed Varun Chakravarthy for a four followed by two back-to-back sixes in the eighth over, that yielded 18 runs. He brought his maiden fifty this season off just 21 balls.

Tripathy found an able ally in Markram, who smashed six fours and four sixes and when the former was out he took the onus upon himself to take his side over the line.

Earlier opting to field, South African Jansen used the bounce and swing on offer really well to draw first blood as he sent Aaron Finch (7), who is playing his first match of the season, back to the hut in the second over. Natarajan then bowled a sensational fifth over, snaring two wickets.

Natarajan first bowled a brilliant length ball, pitching just outside off to account for Venkatesh Iyer (6), who looked unsettled during his stay, with the flamboyant Sunil Narine (6) following his teammate a couple balls later as KKR slumped to 31 for 3 .

Young Malik then struck twin blows, snapping the wickets of Shreyas Iyer (28) in the 10th over and Sheldon Jackson (7).

However, Rana kept the score board ticking, hitting singles and boundaries alike in his 36-ball knock.

Rana smashed six fours and two maximums. He was involved in 39-run stands with skipper Iyer and Russell each.

However, his stay in the middle was cut short by Natarajan in the 18th over as SRH broke the potentially dangerous partnership.

Russell, whose 25-ball innings was laced with four boundaries and as many six, including two in the final over. The West Indian helped KKR add 55 runs in the last five overs.