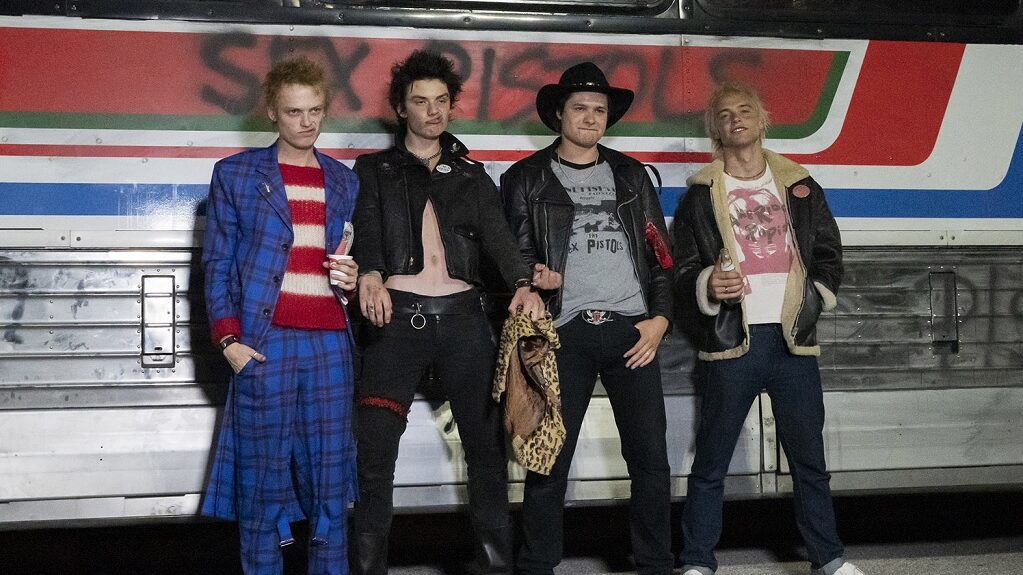 The following MBW column comes from Eamonn Forde (pictured inset), a long-time music industry journalist, and the author of The Final Days of EMI: Selling the Pig. His new book, Leaving The Building: The Lucrative Afterlife of Music Estatesis out now via Omnibus Press.

The music business is built on smoke and mirrors. This is both its inherent strength and its inherent weakness.

Recent responses to an imminent Sex Pistols biopic and an equally imminent KLF documentary, stemming from the central characters in each, raise important points about who is best placed to make that smoke and position those mirrors.

John Lydon is a man so insistent he gets his side of events across that he has published not one but two autobiographies as well as a coffee table “scrapbook”.

In summer 2021, filming began on the biopic Pistol, based on the memoirs of his former Sex Pistols bandmate, Lonely Boy town Steve Jonesand directed by Danny Boyle. Lydon, keen to derail the project, attempted to block the use of the Sex Pistols’ music in the series but ultimately lost the High Court case (and later claimed to have been almost bankrupt by it all).

On seeing the first trailer of PistolLydon now claims it is a “middle-class fantasy”And was all done behind his back. “Putting words in John’s mouth and rewriting history,” runs a terse statement on his official site. “Disney has stolen the past and created a fairytale, which bears little resemblance to the truth.” How he got all that from a 42-second trailer is not clear, but this is, of course, his truth about “the truth”.

Contrast that with the case of the new KLF documentary. Bill Drummond and Jimmy Cauty, two men who really understand the power of mythology and the situationist pranks that can come out of bending facts, did not want to be involved in it, but they still allowed it to go ahead. They even told director Chris Atkins that they loved the final piece.

Two sets of “truths”; two conflicting responses to how they are presented. One sees everyone else’s truth as wrong; the other accepts that truth can be contextual, conditional and compromised.

This might seem a bit heavy to base a column around, but it is central to a booming sub-sector of the music business – that of the biopic and documentary on the screen as well as the memoir on the page.

These are the building blocks of the mythology that can be created around musicians and used to lure in new generations of fans. If your story / mythology is as strong and as resonant as your music, you will endure. They are two sides of the same coin.

Putting the musicians in charge of the production line in this narrative factory is good, but only to a point. It is, after all, their story and their life they are going to be talking about. But they, assuming they can even remember it all, are invariably highly selective in their recounting of their lives – embellishing parts, editing other parts out, eternally justifying everything they did and said, often lacking self-reflexivity or self-awareness. Frequently it reads like Alan Partridge’s furious insistence: “Needless to say, I had the last laugh.”

We saw this, with yawning inevitability, play out in Morrissey’s somewhat self-serving Autobiography in 2013. In it, he devoted what certainly felt like more pages to the court case following the dissolution of The Smiths (and why the ruling was simply inhumane and wrong) than he did writing about the entire career and impact of The Smiths. Witness Morrissey’s desire to be cast, eternally, as the wronged party. Pity me, he wailed. Former bandmates, the music industry, the music press and society at large are all out to get me, aided by the kind of nasty judges who would dare to call me “devious, truculent and unreliable”.

Across 450+ pages, the sole assertion was this: only I can tell the truth. Not my truth. The truth.

In the golden age of streaming-led music documentaries and biopics, all too often the pop star or industry executive is directly involved as a script editor, producer or even director. There is a difficult balance here between getting access (as well as clearing the music rights) but not serving up 90 minutes of bland commentary and platitudes. These are less unreliable narrators and more unremarkable narrators.

When promoting Upside Downa documentary about Creation Records in 2010, Alan McGee used it as an opportunity to repeat his catty line that David Cavanagh’s (forensic and magisterial) My Magpie Eyes Are Hungry For The Prize book in 2001 was the “accountant’s tale”. McGee’s own autobiography in 2013, Creation Storiesand the 2021 biopic that sprang from it, both redefined underwhelming in slightly different ways. If they were supposed to be the bold and truthful broadsides to Cavanagh’s book, I’ll happily sit with the accountants.

When left to tell their own story, again and again musicians and industry executives give ample evidence to suggest they are the wrong people for the job. Their sense of mythology is to simply say, in a multitude of different ways, how great they were, how misunderstood they were, how patronized or betrayed they were by people who would be nothing without them and why, needless to say, they had the last laugh.

Rather than associate their names with any mistakes or misjudgments and rather than suggest that luck and the input of others may have played their part in their ascent, they solipsistically shunt truth over the cliff.

Offering a twist on that line from The Man Who Shot Liberty Valance (“When the legend becomes fact, print the legend”), Martin Scorsese’s 2019 documentary, Rolling Thunder Revue: A Bob Dylan Story, gleefully mixed fact and fantasy to build an even more contrary and contradictory mythology around a singer who, from the earliest stages, was brazenly lying about himself as an act of high satire and mischievous misdirection. For example, in early interviews he was claiming to be an orphan who traveled with a carnival. (Spoiler: he was not and he was not.)

There should be far more yarns about Sharon Stone going on tour with you in the 1970s, more shaggy dog ​​stories of being inspired by the makeup of Gene Simmons and more fore-fronting of memories from talking heads who did not even exist.

It certainly makes for more entertaining reading / watching than the partial, pious and pompous platitudes of many pop stars as they wheel out a selective account of themselves.