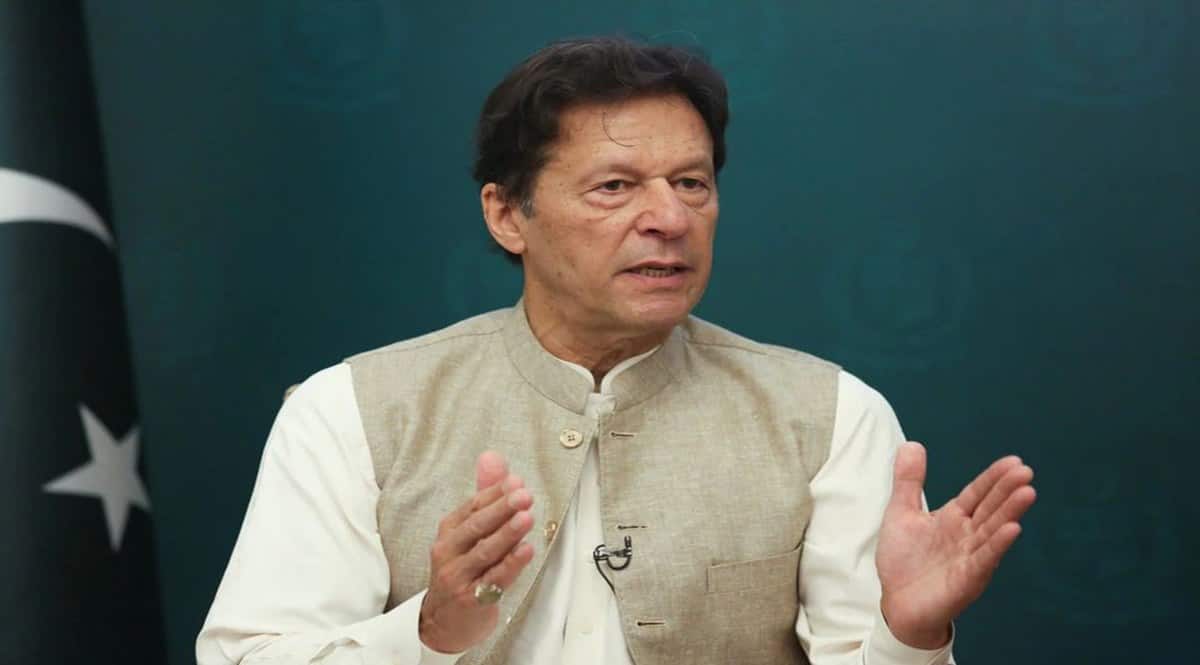 Pakistan’s ousted prime minister Imran Khan has appealed to overseas Pakistanis to donate money for a campaign launched by his party against the new “imported government” led by Shehbaz Sharif.

In a video message posted on Twitter on Friday, Khan said a “corrupt government” was imposed on Pakistani people through a “foreign conspiracy” for regime change.

“This is an insult to the 22 crore Pakistani people,” Khan asserted, nearly a week after the 69-year-old was succeeded by Sharif, the Leader of the Opposition and President of the Pakistan Muslim League-Nawaz (PML-N) .

Terming his campaign as ‘Haqiqi Azadi’ (real freedom), Khan said his Pakistan Tehreek-e-Insaf (PTI) party has launched the website, namanzoor.com, to raise funds from overseas Pakistanis for the purpose.

“Let’s thwart the foreign conspiracy for regime change and take the country towards elections. Let the people of Pakistan decide their government, ”he said.
The PTI party also tweeted the party chairman’s “message for overseas Pakistanis who also have rejected the imported government”.

Khan, who came to power in 2018, reportedly with the backing of the military, became the first Pakistani prime minister who was defeated in a no-confidence vote in the National Assembly on Sunday last.

Khan has been claiming that the Opposition’s no-trust motion against him was the result of a “foreign conspiracy” because of his independent foreign policy. He has named the US as the country behind the conspiracy, a charge bluntly denied by Washington multiple times.

Khan has alleged that Donald Lu, Assistant Secretary, Bureau of South and Central Asian Affairs in the Department of State was involved in the ‘foreign conspiracy’ to topple his government.

Hours after his unceremonious removal, Khan in his first comments on Sunday last had said that Pakistan’s “freedom struggle” has begun again with the ouster of his government due to a “foreign conspiracy”.

Pakistan became an independent state in 1947; but the freedom struggle begins again today against a foreign conspiracy of regime change, ”he wrote on his official Twitter handle.

“It is always the people of the country who defend their sovereignty and democracy,” he had said.