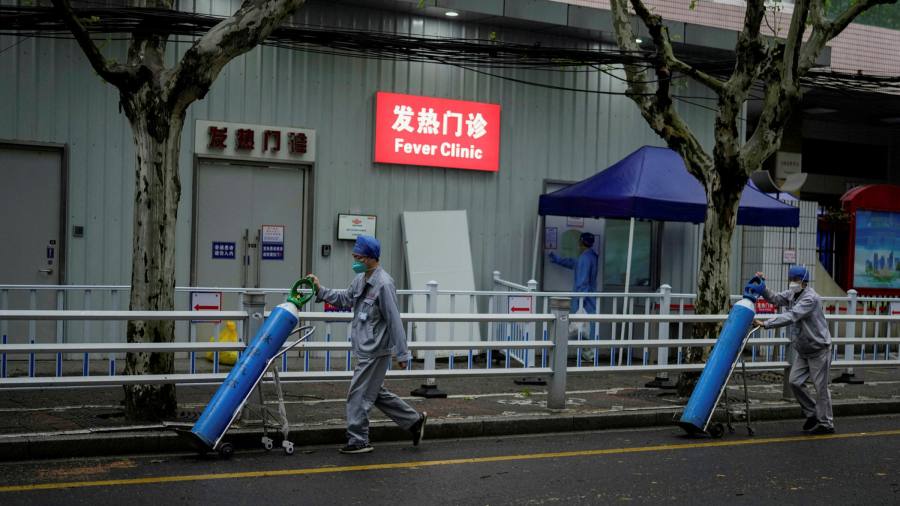 The way China classifies coronavirus cases and reports deaths is obscuring the true impact of the Omicron wave and complicating its public health response more than two years into the pandemic, according to medical experts.

Authorities have reported more than 443,000 cases since March 1 and only two deaths, both in the northeastern province of Jilin. No fatalities have been recorded in Shanghai, despite the city of 26mn reporting more than 20,000 daily cases for almost two weeks. Several Shanghai residents have also told the Financial Times their relatives died after testing positive for Covid-19.

Experts believe the low official toll is the result of shortcomings in the way China counts deaths and that more people have been killed by the virus.

Accurately estimating the number of Covid-related fatalities is difficult given doubts about official case numbers, uncertainty about vaccine efficacy and a lack of publicly available data on overall Chinese mortality, the experts added.

Questions about the data could revive criticism of the Chinese government’s handling of the pandemic, after Beijing was accused of underplaying the initial spread of the virus in Wuhan in early 2020.

Jin Dong-yan, a virologist at Hong Kong university, said mainland China took a different approach from places such as the US or Hong Kong, where people who died after contracting Covid-19 were included in official death data.

Jin said Chinese hospitals tended to focus on chronic illnesses such as cancer, heart disease or diabetes as the cause of death, even when people had contracted the virus, and they would not be included in official Covid mortality statistics.

“The numbers are not accurate, but Shanghai hospitals are not necessarily doing this on purpose. From the start, China had this method of recording deaths, ”he said. 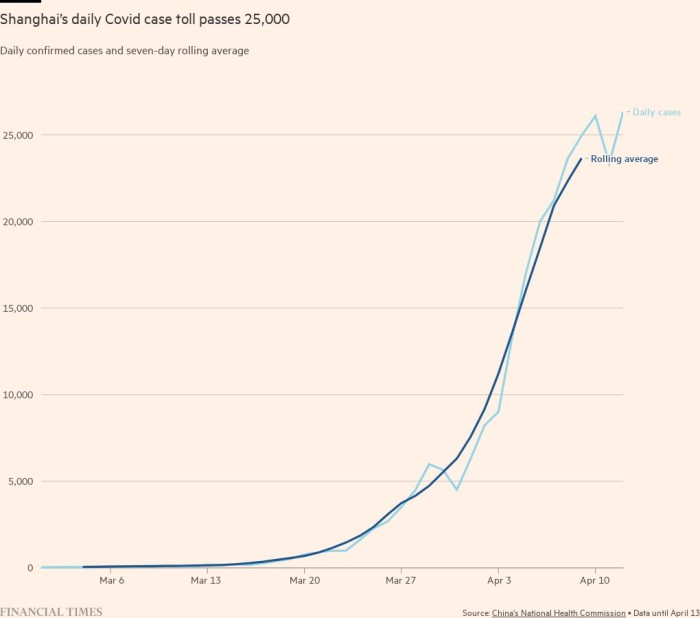 “It’s difficult to say this is a deliberate cover-up. It looks more consistent with China’s narrow death certification process for infectious diseases, ”he said.

But Mai He, associate professor of pathology and immunology at Washington University in St. Louis, said the Chinese government was “playing games with statistics” to show they could handle Covid better than western nations.

Doubts about the death data for the Omicron wave echo similar concerns over the 2020 outbreak in Wuhan.

Researchers affiliated with the Chinese government’s disease control centers published a paper in the British Medical Journal that estimated actual Covid deaths in the city from January to March 2020 were at least 16 per cent higher than the official figure.

Analysis by The Economist magazine concluded there had been 13,400 excess deaths in Wuhan in that period – more than three times higher than the official Covid death toll.

China is not the only country accused of under-reporting or misreporting Covid’s impact. One study published in the Lancet estimated the number of people killed worldwide by the pandemic may be three times the official record.

Delays in reporting – common in other countries – could also be playing a role in China’s low death figure. “It may take a while for deaths to come through the system,” Chen said.

Chen expects China’s Omicron wave to result in a higher fatality rate than in western countries and for the death count to rise in the coming weeks because of the large number of cases and the “very high proportion” of elderly who are not fully vaccinated.

Authorities’ understanding of Omicron’s impact in Shanghai has been exacerbated by the city’s way of differentiating asymptomatic and symptomatic cases, experts said, with the former vastly outnumbering the latter in official reporting. Over the past week, more than 92 per cent of Shanghai’s confirmed cases were reported as asymptomatic.

One Chinese official close to the Chinese Center for Disease Control and Prevention (CDC) said the city was struggling to forecast how long the outbreak would last, partly because the counting system grossly underestimated the number of symptomatic cases.

Shanghai has only recorded patients as “symptomatic” after a lung scan has confirmed infection, the person said. This means tens of thousands of people who tested positive and had cold-like symptoms were recorded as “asymptomatic”, unlike in many other countries.

The CDC and its Shanghai branch did not respond to requests for comment.

China’s approach to recording Covid mortality has left bereaved family members unsure about the cause of their loved ones’ death.

According to family members of residents at the Shanghai Donghai Nursing Home, at least 27 people have died at the facility in recent weeks after testing positive for Covid.

One 73-year-old resident tested positive on March 24 as Omicron swept through the facility and forced many staff into quarantine, his daughter said.

“I was worried because my father could not move or speak after suffering a stroke in 2013,” said his daughter. “I could not get through to either the hospital or the care home until March 30, when a Donghai doctor called me to say my father had passed away.”

The Donghai Nursing Home did not respond to a request for comment on whether residents had died of Covid-19 during the outbreak.

Chinese authorities have sought to silence public discussion of the Donghai deaths. Online local media reports about the outbreak have been removed.

One man said his mother died at the nursing home and he was offered Rmb15,000 ($ 2,360) in compensation, but that in return he had to delete complaints on social media.

The man said he was also warned by local police to not post comments that would undermine China’s image.

“I’m just telling the truth,” he said. “Why can’t I do this when my family member died?”

The way China classifies coronavirus cases and reports deaths is obscuring the true impact of the Omicron wave and complicating its public health response more than two years into the pandemic, according to medical experts. Authorities have reported more than 443,000 cases since March 1 and only two deaths, both in the northeastern province of…

Are pets spreading COVID? It’s less likely with Omicron, study finds — but other animals are at higher risk