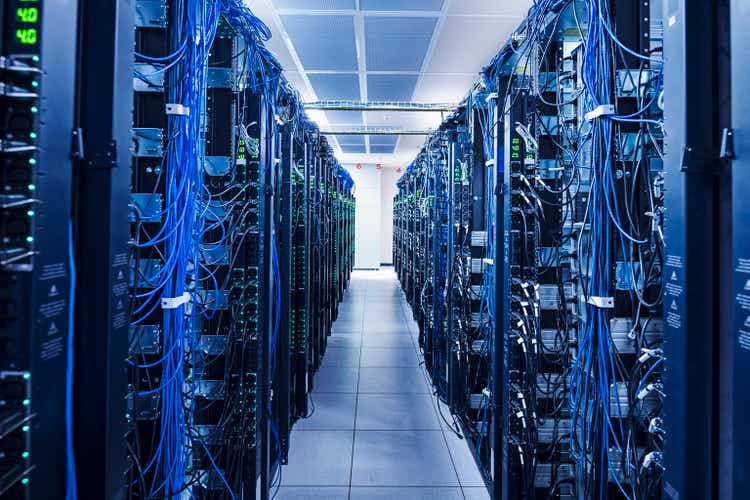 With the first quarter of 2022 complete, it goes without saying that Wall Street analysts have begun weighing in with their thoughts on what to expect from the upcoming round of tech sector earnings reports.

And in view of Morgan Stanley’s Meta Marshall, “cautious” is the way investors should be looking at telecom and networking equipment leaders.

Marshall said that earnings among such companies should get a lift in the near term due to the effects of tighter-than-usual supply chains. However, going forward issues affecting the sector as likely to weigh on investor sentiment in the second half of the year.

“We are now starting to see signs of weakness accumulate,” Marshall said, in a report on the outlook for the telecom and networking market. Marshall said that according to equipment resellers, a combination of higher business costs, strong IT spending over the last year and concerns about Russia’s war against Ukraine, “are making customers more weary” about laying out large capital expenses for new orders.

Marshall said a “catalyst for underperformance” will be comments from companies about how they see demand and future orders playing out, limited earnings growth forecasts, and continued increases in costs that may “prove more difficult to be fully absorbed by customers.”

Marshall already had a not-so-exciting rating of in-line [analyst speak for “neutral”] on the telecom and networking equipment sector, but after assessing the group’s situation ahead of the upcoming earnings season, she dropped her view to cautious.

“While we do not expect meaningful cancellation of orders, and could still see [order] backlogs build on [first-quarter earnings] reports, we are more cautious on second-half order cadence, “Marshall said.

As part of her new cautious view on telecom and networking gear makers. Marshall cut her rating on Hewlett Packard Enterprise (NYSE: HPE) to underweight, or the equivalent of sell, from equal-weight, and lowered her views on NetApp (NASDAQ: NTAP) and F5 Networks (NASDAQ: FFIV) to equal-weight from overweight.

With regards to NetApp (NTAP), Marshall said that the company set some “challenging” revenue and earnings targets at its recent analyst day meeting, and that there are “fewer opportunities” for the company’s cloud business to counteract weakness in its hardware sales. Marshall also cut price target on NetApp’s (NTAP) stock to $ 91 a share from $ 102.

Marshall said she still believed in F5’s (FFIV) “software transition” story, but like NetApp (NTAP), it was having a hard time performing against its weaker hardware systems business. With F5 (FFIV) counting on hardware for about 25% of its revenue, Marshall said focusing on its software officers will be “more difficult” in the near term. Marshall also removed F5 (FFIV) as her top pick in the networking sector, and cut her price target on the company’s stock to $ 250 a share from $ 280.

Along with cutting her rating on HPE’s (HPE) shares, Marshall also trimmed her price target on the company’s stock to $ 15 a share from $ 17.