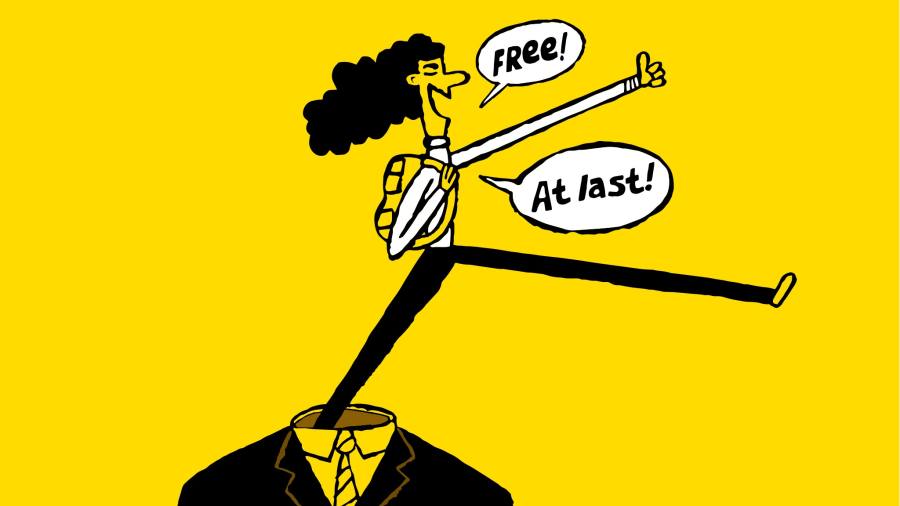 Where have all the older workers gone and will they ever come back?

Not that long ago I found myself at a lunch in the middle of London where a well known British business figure said something unexpected about the menace of rising inflation.

Any company with a board member who had been a senior executive for 30 years was doing pretty well right now, he said.

Why? Because that director would have dealt with high inflation before. “I was alive back then,” added the man, who was in his early fifties. “But I was not running a company.”

I thought of his words last week as soaring energy and food costs drove inflation rates to a 30-year high in the UK and a 40-year one in the US.

The advantages of experienced older workers, inside and out of the boardroom, have never seemed more obvious. 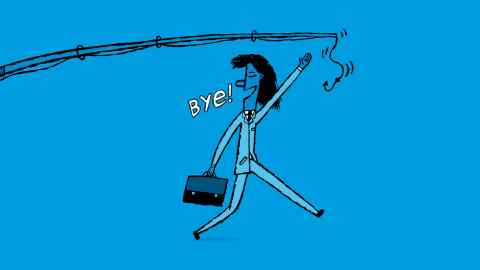 Yet these same people are in the throes of a sweeping disappearing act, vanishing from their desks at higher rates than their mid-career colleagues in workplaces around the world.

Nearly 70 per cent of the 5mn people who left work in the US during the pandemic were older than 55, researchers said in November.

This may be a welcome development for younger workers battling to make their way past a vast demographic wave of job-hogging baby boomers.

And there is no doubt that many older leavers are cheerfully heading off to retirement after a recession that, unlike the last big downturn in 2008-09, left them with more valuable homes and fatter stock portfolios.

Yet, for workers and employers alike, the picture is far from uniformly rosy.

The gray resignation amounts to the reversal of an important pre-Covid trend towards older workforces.

In the US, the percentage of workers aged 55 or older rose from 13 per cent in 2000 to 24 per cent in 2019 and similar patterns have emerged elsewhere, which is precisely what a lot of governments wanted.

They lifted retirement ages to address fears that aging populations would struggle to be supported by a shrinking share of younger workers, fueling a rise in older staff that has been good news for employers in a country like the UK. Combined with other trends in migration and labor market deregulation, it made it relatively easy for them to hire the workers they needed.

And since a lot of those workers were aware of how easily they could be replaced, they agreed to hours and working conditions that suited them less than their organizations.

The pandemic has put the boot firmly on the other foot. In countless places this month, employers face dire labor shortages that have helped to cancel airline flights, close restaurants and empty hotel rooms.

It would be a mistake to blame all of this on gray nomads swanning off to a happy beachside retirement. The over-50s also suffered the brunt of pandemic lay-offs in many countries.

A third of people in Britain made redundant during the pandemic were aged 50 or over, says the UK’s Center for Aging Better Charity.

And redundant over-50s were half as likely as younger workers to be re-employed during the pandemic.

Whether you’re the boss, the deputy or on your way up, we’re shaking up the way the world works. This is the podcast about doing work differently.

Join host Isabel Berwick every Wednesday for expert analysis and water cooler chat about ahead-of-the-curve workplace trends, the big ideas shaping work today – and the old habits we need to leave behind.

Not all were old enough to qualify for a state pension. This has been disastrous at an individual level. But it can also cause big problems for organizations that have become accustomed to a ready supply of older, experienced workers and lack the ability to quickly train new staff.

They’re saying, “We’ve got a skills drain”, says Nick Gallimore, director of innovation at Advanced, a UK business software group. He spends a lot of time talking to HR directors and says the loss of seasoned staff can hit a business hard.

The answer, he says, is for companies to think more about how to attract and retain such workers.

One way to do this will not be news to any employer who has spent a minute listening to what staff want right now: a continuation of the autonomy many tasted during the pandemic.

Employees of all ages want more freedom at work. For some older ones, there may never have been a better time to achieve it.

Not that long ago I found myself at a lunch in the middle of London where a well known British business figure said something unexpected about the menace of rising inflation. Any company with a board member who had been a senior executive for 30 years was doing pretty well right now, he said. Why?…