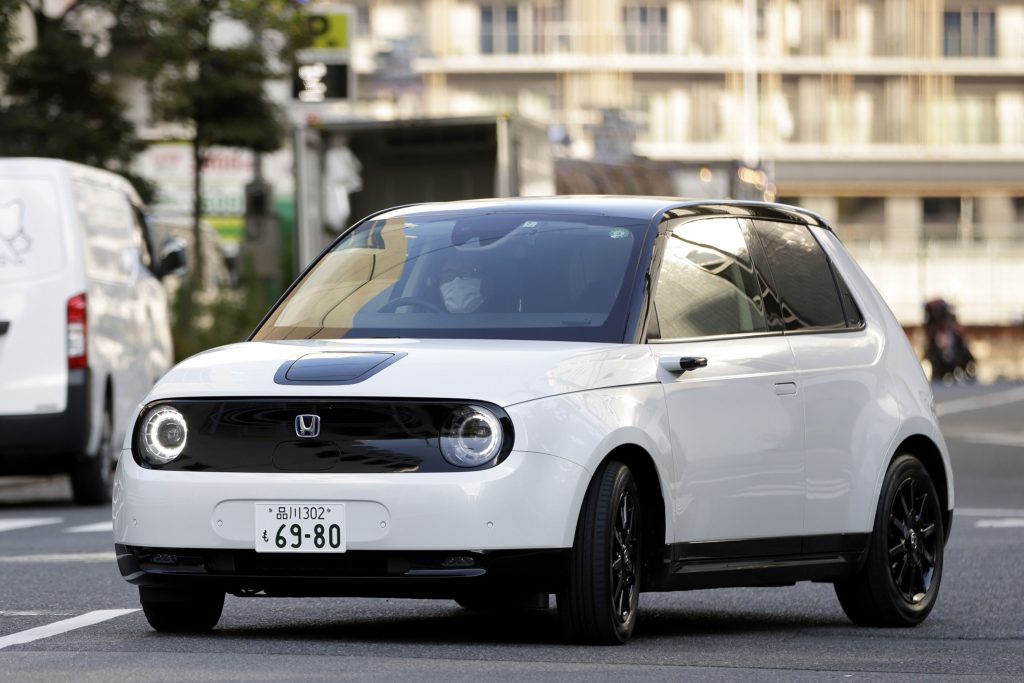 Honda Motor Co plans to spend 5 trillion yen ($ 40 billion) on its push into electric vehicles over the next decade, as the Japanese automaker with the most aggressive EV ambitions moves to back its bold advance into next-generation cars with concrete plans.

Some 30 EV models will be launched by 2030 with production volumes of more than 2 million vehicles a year, Japan’s second-biggest automaker said in a statement Tuesday. EVs will make up around 40% of the company’s fleet by the end of the decade, Honda said.

Honda declared in June of last year it would phase out sales of gasoline-powered cars completely by 2040, becoming Japan’s first automaker to publicly say so. In the months since, newly minted Chief Executive Officer Toshihiro Mibe has pushed to hasten the Tokyo-based company’s drive into the increasingly competitive electric segment. Toshihiro Mibe during a news conference on April 12. Image: Bloomberg

Today, Honda has “clear plans in place” with regard to electrification and making its EV business profitable, CEO Mibe said in a briefing Tuesday. “We are moving steadily forward in line with those plans.”

Last month, Honda issued $ 2.75 billion of green bonds that it intends to use to fund development and production of EVs and fuel-cell cars. Honda said on Tuesday it will consider issuing more of the securities to fund its electrification spending, though it will have to look further into specifics around budget and timing.

Part of Honda’s electrification offensive has involved doubling down on the world’s biggest EV market – China. In October, Honda announced plans to launch 10 EVs under its “e: N Series” within five years in the nation. Honda also pledged that all models it introduces in China after 2030 will be electric and announced plans for several dedicated EV production plants in the country.

Another of Mibe’s pushes has been around changing Honda’s long-standing go-it-alone strategy when it comes to developing and selling EVs. Mibe hinted at as much in his first briefing after being promoted to the top role in February last year, saying as Honda pivots toward EVs, “time is of the essence and I would opt to use alliances and external insight to accelerate our shift.”

Last month, Honda announced it’s joining forces with tech giant Sony Group Corp. to develop EVs slated to go on sale starting in 2025. And earlier this month, Honda and General Motors Co. expanded their existing tie-up with plans to jointly develop affordable EVs in major global markets. The duo plan to introduce their first model – with a starting price below $ 30,000 – in North America in 2027.

At Tuesday’s briefing, Honda, which sources Ultium batteries from GM, said it’s exploring the possibility of creating a joint venture with another company for battery production. Honda also said it plans to start demonstration production of solid-state batteries in early 2024.

A major reason for pursuing such partnerships is cost savings. Along with GM, Honda is seeking to bring EV costs down to an extent that they reach price-parity with gasoline-powered cars.

Honda Motor Co plans to spend 5 trillion yen ($ 40 billion) on its push into electric vehicles over the next decade, as the Japanese automaker with the most aggressive EV ambitions moves to back its bold advance into next-generation cars with concrete plans. Some 30 EV models will be launched by 2030 with production…

Do prices along the Red Line have further to rise?